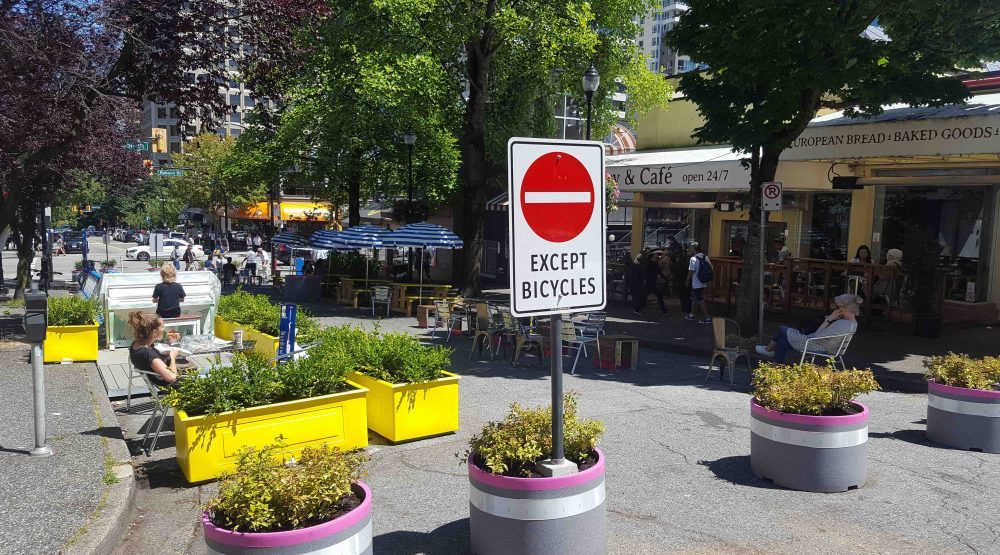 Summer is here and there’s nothing better than stepping out and enjoying our city.

And now, Vancouverites have a whole new space to soak up some rays after a new plaza was created at the corner of Bute and Robson.

Originally opened in time for Canada Day, the plaza is part of a trial from the City that will remain open until October 16.

Depending on how that trial period goes, the City may then decide to make the plaza a permanent fixture at the intersection.

“We have heard community interest in a new public space at this site and are working with local partners to launch the plaza at Bute and Robson as a three-month pilot. This plaza will build on the success of Jim Deva Plaza and is among a number of public space initiatives launching this summer” said Margaret Wittgens, Director of Public Space and Street Use.

Design features of the space include fixed and moveable seating and tables, a piano, planters, and other elements to make the space comfortable and inviting.

It is intended as a place where people can sit and socialize, play, and hold small events.

The trial is a collaborative effort between the City and the Robson BIA. 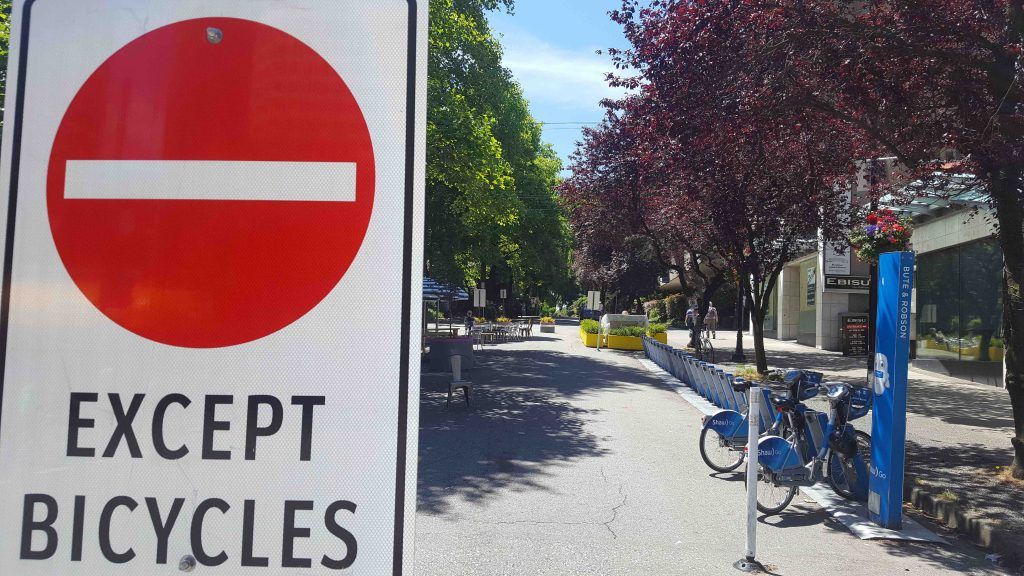 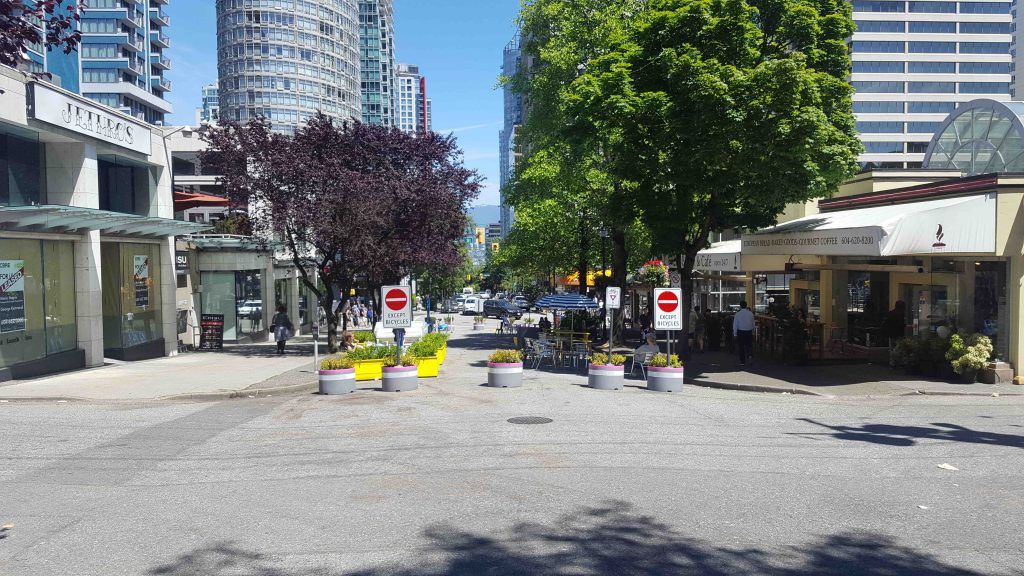 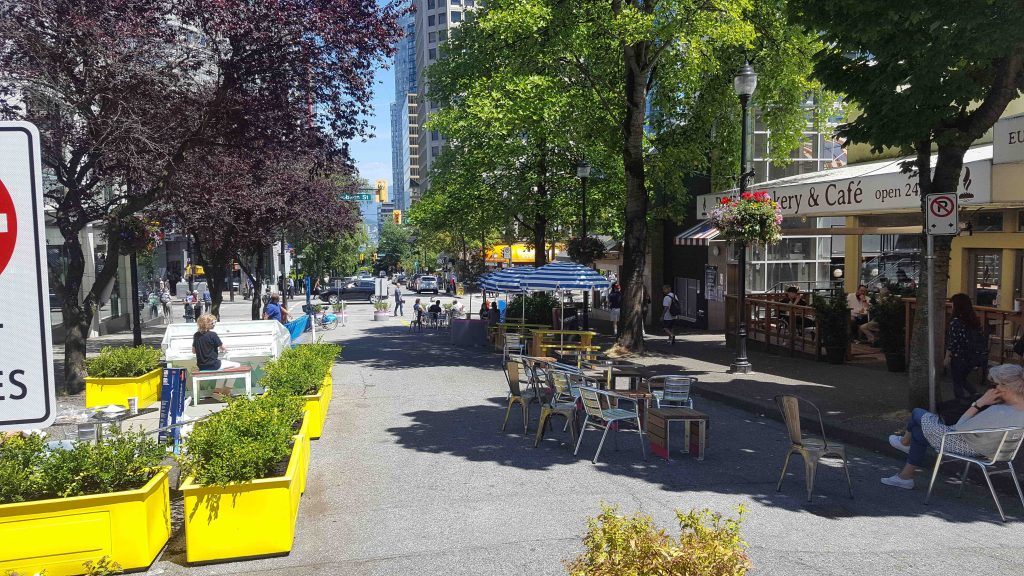 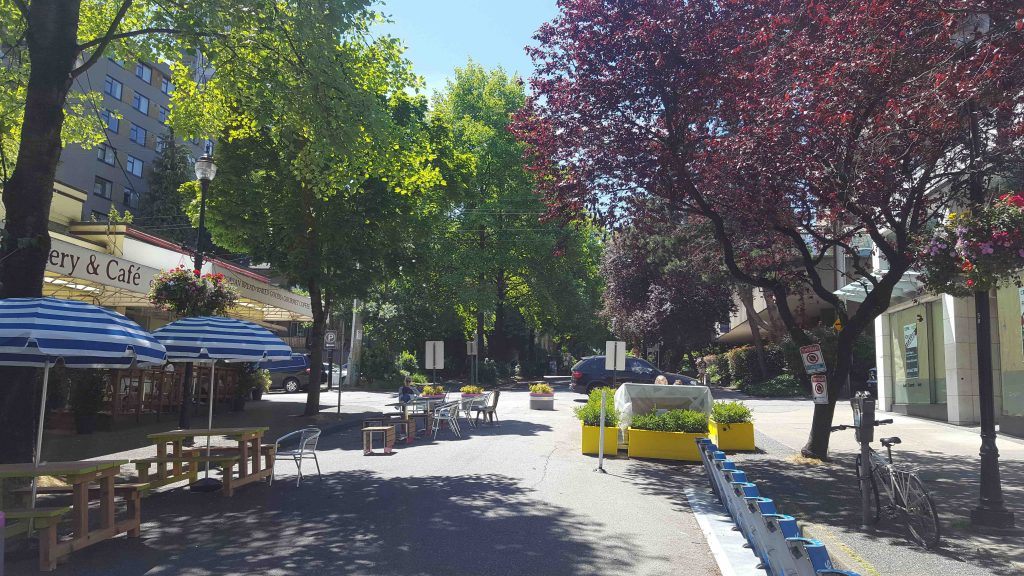