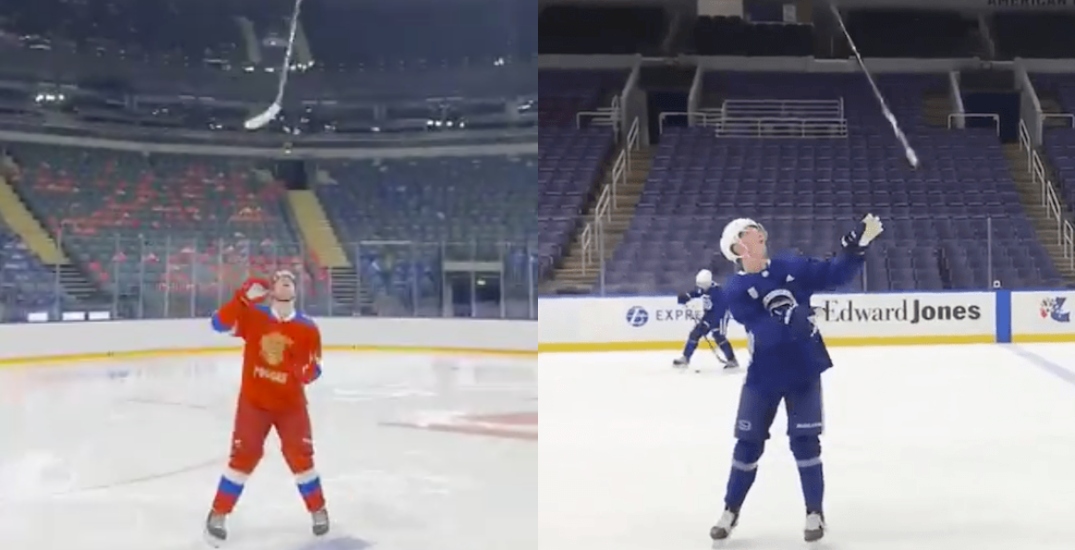 It hasn’t been smooth-sailing for Canucks prospect Vasily Podkolzin, since being selected by Vancouver 10th overall at last year’s draft.

The 19-year-old has been used only sparingly with St. Petersburg SKA in the KHL, which is not unusual for teenagers in Russia’s top professional league. He averaged just 3:30 of ice time per game last season — a clear indication that his coach wasn’t willing to give him a chance.

Podkolzin has played more so far this season, in part because most of his teammates got COVID-19 at one point, but is still sitting at just 11:58 per game. The 6-foot-1, 192-pound forward saw just 3:52 of ice time in his last game, for instance.

Seeing a stat line over the past two years that includes just three goals and 12 points in 49 games is less than ideal, no matter the circumstances.

We’ll get a better handle on Podkolzin’s potential in December when he is expected to play a starring role as one of Russia’s top players at the World Juniors in Edmonton.

Until then, here’s something to make you feel good about the youngster. He’s already doing Elias Pettersson things on the ice, albeit in practice.

Anything you can do, Petey can do better. 🏒🔥👀 pic.twitter.com/OwyMrYd5Yy

On the eve of the season finale during his rookie season in 2019, Pettersson wowed fans with this incredible trick in practice. Just 19 years old at the time, Pettersson flung his stick and a puck high into the air, catching his stick before corralling the puck on his blade in mid-air.

Well, it appears Podkolzin has that trick in his arsenal too.

Now, let’s see if he can do it on a unicycle.

Podkolzin is preparing for the Karjala Cup, a four-team international men’s tournament taking place in Finland. Podkolzin has been named captain of Team Russia for the tournament, as his team is sending a U20 roster.