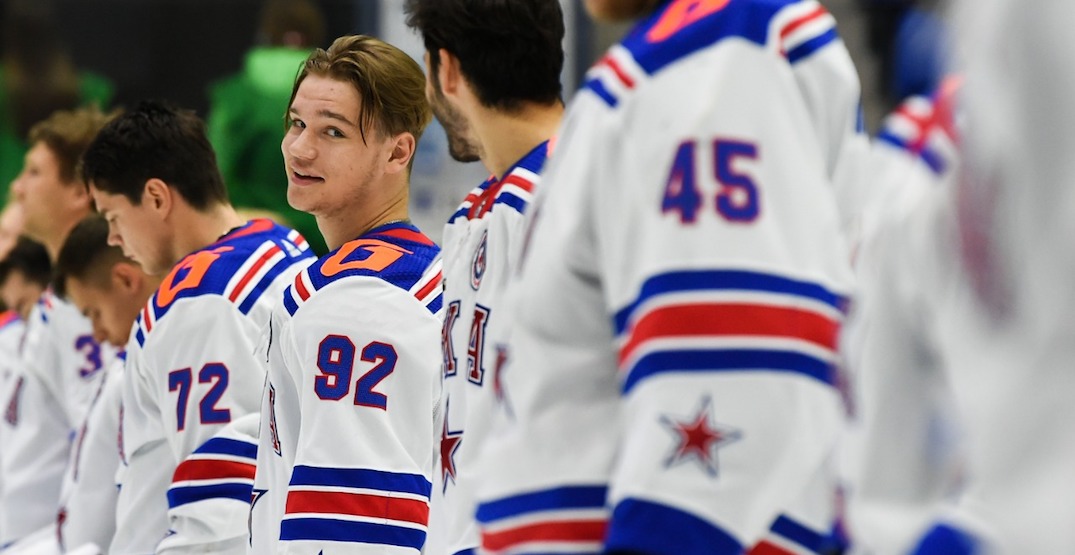 It would appear that Vancouver Canucks prospect Vasily Podkolzin is in serious danger of contracting COVID-19, given recent developments in the KHL.

The league doesn’t seem overly concerned about the coronavirus, continuing on with its season as usual, with teams playing games at home arenas and fans in attendance. Those fans don’t appear to be following social distancing guidelines, nor are they required to wear masks.

Here are a couple clips of the crowd at today's KHL game.

This is an almost full arena while half of the team has contracted the Covid-19 virus.

What the hell is the KHL doing? This is a scary sight to see… pic.twitter.com/zxkI0qNweh

Podkolzin’s team, SKA St. Petersburg, played a game today despite more than half of its main team testing positive for the coronavirus, according to a report from Sport24 in Russia.

Rather than postpone the game, SKA continued on by shuffling in players from the minors or junior. As a result, a total of 10 players made their KHL debut today for SKA.

SKA has also been hit with Covid-19 issues. 10(!) players on today's roster are making their KHL debut. https://t.co/79FGpjINYQ

Unfortunately, this isn’t an isolated incident for the KHL.

Prior to the regular season beginning on September 2, the league revealed that 116 players had tested positive for COVID-19.

Lokomotiv Yaroslavl, who didn’t show up for a recent game against Kunlun Red Star and was handed a forfeit, says there has been a “mass infection” with its team.

Podkolzin, a 19-year-old prospect who the Canucks selected with the 10th overall pick at the 2019 NHL Draft, is under contract with SKA for one more season. The rugged winger found it difficult to get ice time last season, which is not uncommon for young players in the KHL.

It’s been much of the same for Podkolzin this season, with the youngster playing under 10 minutes in five of his first eight games prior to today, and never playing more than 12:57.

A KHL career-high 17:29 for Vasily Podkolzin today. He finished the match with three shots, a block, and a hit #Canucks

Podkolzin was finally leaned on more heavily today, given he was one of the few regulars on his team without the coronavirus, playing 17:29 with three shots on goal, a blocked shot, and a hit.

Vasili Podkolzin (#92) picks up the puck in the neutral zone and gets a shot on net in the second period. pic.twitter.com/nOklVMcthf

Vasili Podkolzin with another shot on net in the third period. This one just needs to be a bit more towards the top corner… pic.twitter.com/DYldKsPbkr