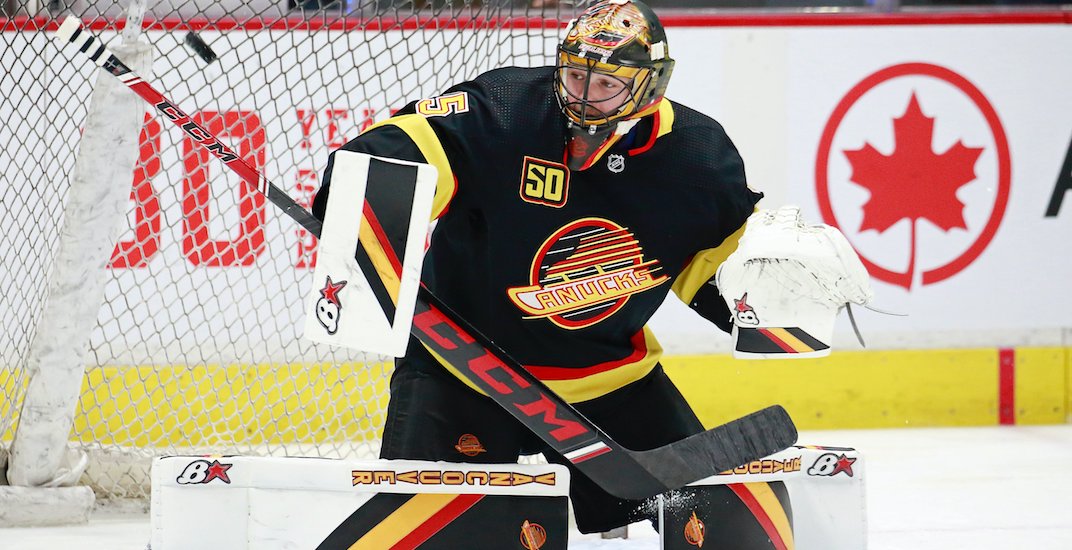 Are the Vancouver Canucks going to unveil another new jersey for next season?

The official NHL Shop appeared to let it slip this week, telling fans to “be on the lookout” for “reverse retro jerseys” from the “upcoming Power 31 collection.”

Promising a “fresh new twist on the retro jersey,” it’s the first official reference to the reverse retro series according to Icethetics, a jersey/logo website that follows these kinds of things very closely.

Seen in text at the bottom of the Jerseys page for some (but not all) teams at https://t.co/rUNduKuOpU.
s/t @NoahJennings20 pic.twitter.com/COd5BqhuP5

Not long after Icethetics posted the screenshot to Twitter, the line about reverse retro jerseys was removed from the website.

The reverse retro jersey concept has been rumoured for weeks, with apparent leaks occurring for fourth jersey designs for the Pittsburgh Penguins, Philadelphia Flyers, Anaheim Ducks, and Vegas Golden Knights.

BREAKING: The @Penguins and @NHLFlyers upcoming Reverse Retro jerseys have been leaked by an eBay seller. Lots of photos and details on the blog right now! #Pens #Flyers

More 4th jersey leaks? Here’s what to expect for the @GoldenKnights and @AnaheimDucks when the Reverse Retro series becomes official. Details on the blog.https://t.co/btEIDG89P7

“We don’t have anything to announce or confirm related to new uniforms at this time,” a Canucks spokesperson told Daily Hive, but perhaps the operative phrase there is “at this time.”

Icethetics is reporting that all 31 NHL teams will unveil a new jersey next season, with a league-wide release to occur in mid-November.

Also need to add that all 31 #NHL teams are slated to have a new sweater in the Reverse Retro series for next season. Last I heard, the plan was to do a league-wide release in mid-November.

The Canucks made tweaks to their primary home and away uniforms last season, removing “Vancouver” from the front of the jersey. They also introduced a new “heritage” third jersey, to go along with bringing back the popular 1990s black Flying Skate uniforms — though the Skate jersey was only promised for the 50th anniversary season.

Given the “reverse” nature of the rumoured jersey series, perhaps this is an opportune time to introduce a green jersey for the first time.

Here’s how their original blue Stick-in-Rink uniforms would look, with blue reversed for green. 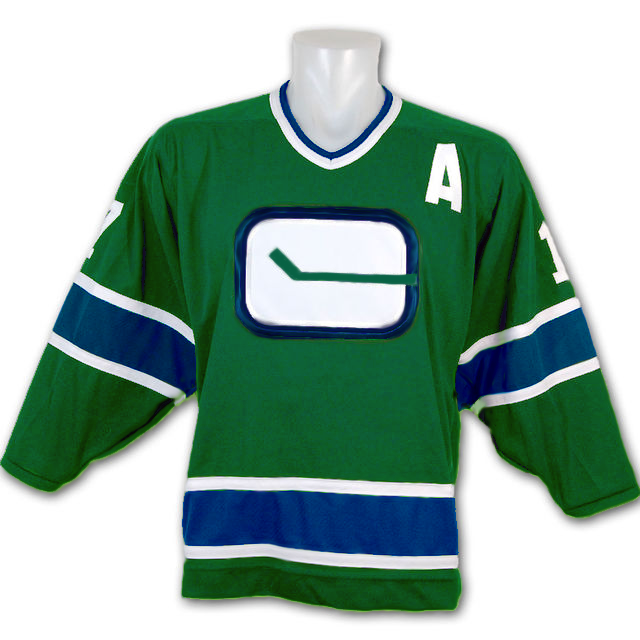 The Canucks could also opt to wear the Vancouver Millionaires or Flying V jerseys, with the current blue and green colour scheme.

We've seen the return of the stick-in-rink and flying skate. Will the #Canucks go with the Flying V for their Reverse Retro jersey? pic.twitter.com/IArazLwNvV

Or how about getting bold, by reversing yellow and black on the Skate jersey? Though perhaps that doesn’t look different enough from their look from the late 1980s. 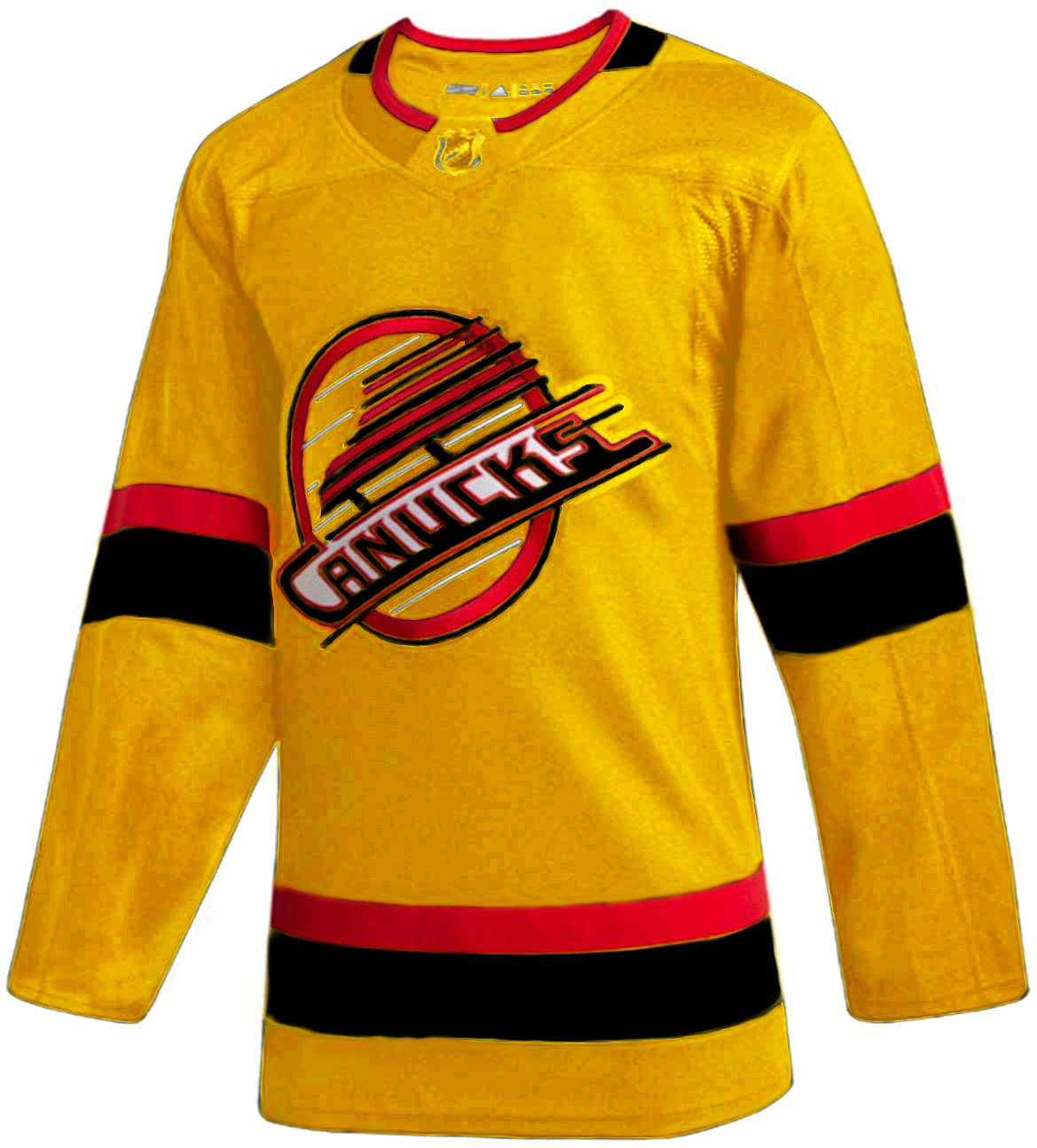 Other jerseys worth consideration?

How about tapping in to the pre-NHL Canucks, that played in the WHL?

The WHL’s Vancouver Canucks in the 1960s. pic.twitter.com/rM8AAlpHLw

Are the West Coast Express jerseys worth revisiting? 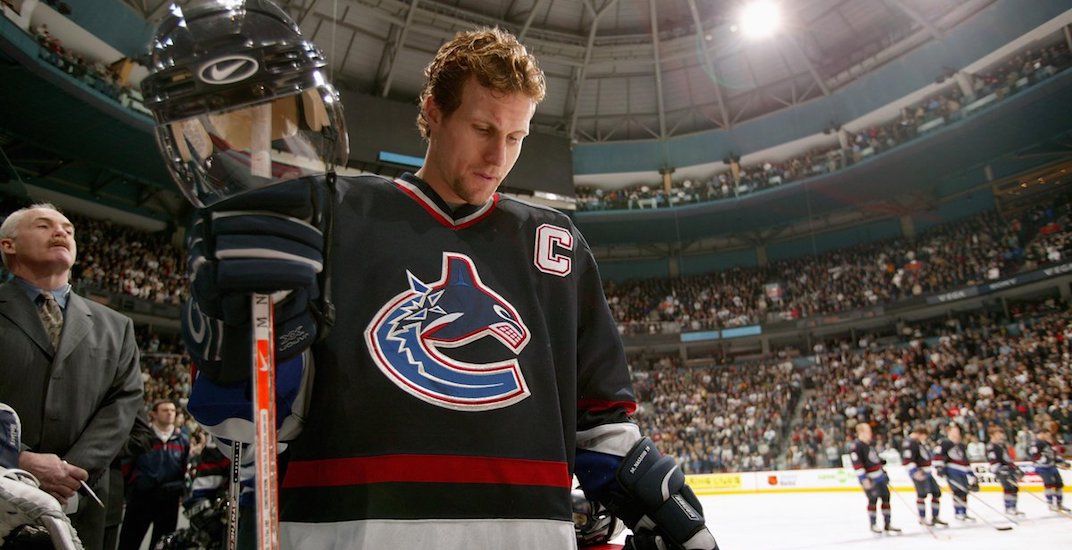 Or what about the third jerseys from that era?

Speaking of third jerseys, these would be a hit: 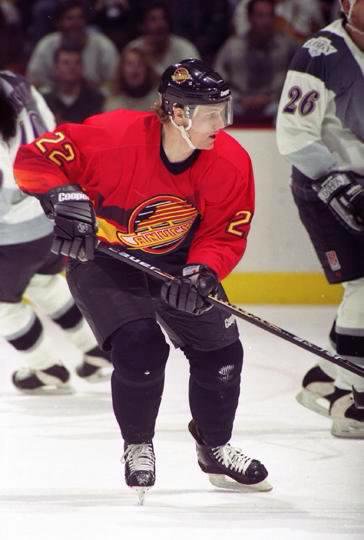 When it comes to the Canucks and jerseys, there is never a shortage of options to choose from.