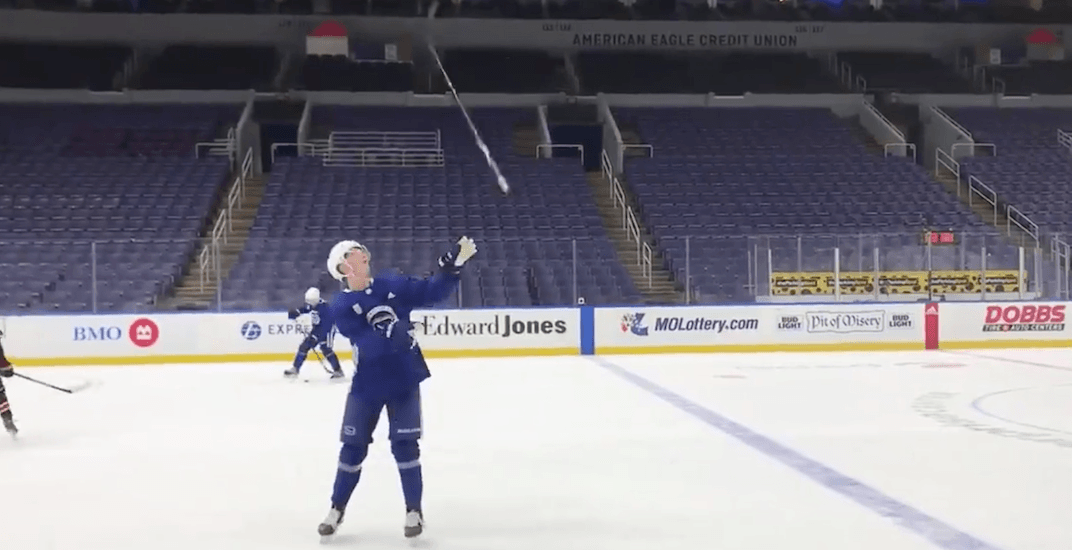 Elias Pettersson has been wowing Canucks fans all season.

The youngster has put together arguably the best rookie season in franchise history, and has done so with flare.

From his shot, to his passes, to his dekes, we usually witness his magic on the ice during game action.

But in the last practice of the season in St Louis, Pettersson gave Canucks fans something new for the highlight reel.

He did it by showing up backup goaltender Thatcher Demko in a friendly competition – caught on camera by the Canucks’ social media team.

Care to give it a try, Elias?

We are not worthy.

Pettersson, Demko and the rest of the Canucks play their final game of the season Saturday afternoon in St Louis.