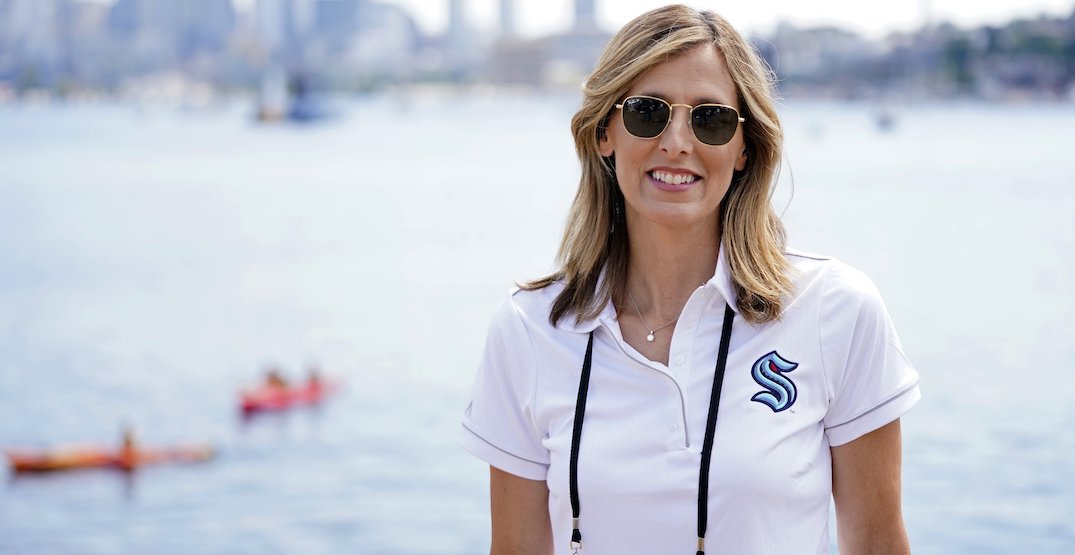 The Vancouver Canucks have made history yet again.

Granato, who is in the Hockey Hall of Fame as one of the best female players of all time, has worked as a pro scout for the Seattle Kraken since September 2019. She was the first woman ever hired by an NHL team in a pro scouting role.

Granato is the third assistant general manager hired by the Canucks since Jim Rutherford took over as president of hockey operations in December.

“Cammi is a tremendous leader and has earned the respect of the hockey world. She has a great mind for the game and experience and influence at all levels,” said Canucks President of Hockey Operations Jim Rutherford. “In her role, Cammi will oversee our player development department and our amateur and pro scouting department. Cammi’s input will also be included in all areas of hockey operations as we leverage the diverse opinions and experience of our new leadership group to build a winning team.”

“I appreciate the cooperation and the help that Ron Francis and the Seattle Kraken have provided to us during the process,” Rutherford added.

The Canucks are now the first team in NHL history to have two women working in the high-ranking role of assistant GM. Less than a month ago, the Canucks hired former player agent Émilie Castonguay, who became the first female AGM in franchise history.

The Canucks have added three women to hockey operations in less than three weeks, as Rachel Doerrie was added to the team’s front office in an analytics role on January 20.

New Canucks GM Patrik Allvin now has three AGMs by his side, as Granato and Castonguay are joined by former Pittsburgh Penguins executive Derek Clancey. Other high-ranking executives in hockey operations include Stan Smyl, Ryan Johnson, Henrik and Daniel Sedin, and Doug Jarvis.

“I am honoured to join the Vancouver Canucks and the hockey operations leadership group that Jim Rutherford and his team have assembled,” said Granato. “It’s a dream to have an opportunity like this in the city that I call home, and with an exciting young team with championship aspirations.”

Granato, who won Olympic gold and silver medals with the USA in 1998 and 2002, is married to former NHL star Ray Ferraro and lives in Vancouver.

“I also want to thank Ron Francis and the entire Seattle Kraken organization,” continued Granato. “It was extremely special to help build their team and to be part of their inaugural NHL season. Ron supported me throughout my time in Seattle and continued to support me when Vancouver approached me with this once-in-a-lifetime opportunity.”