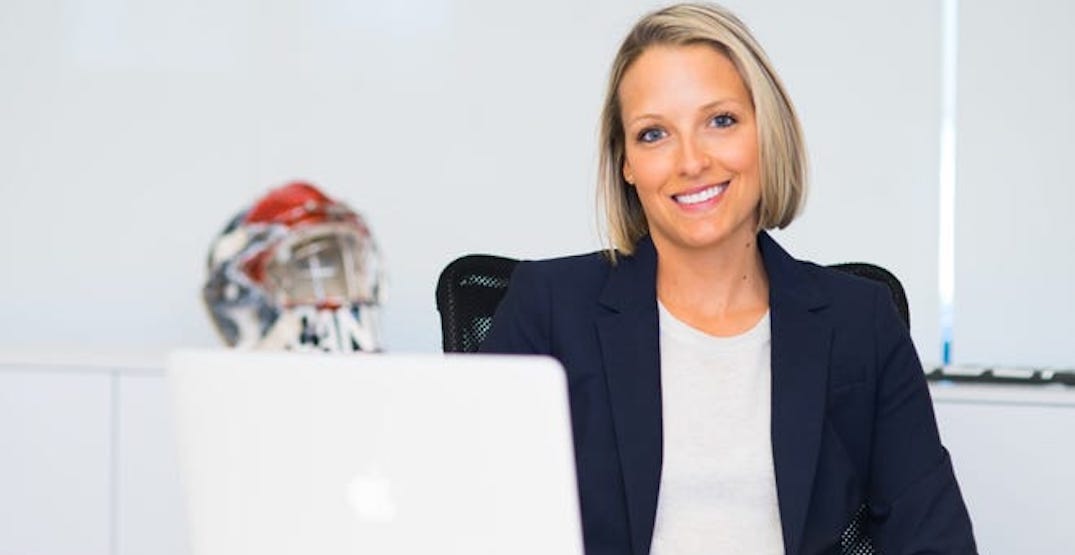 History has been made in the Vancouver Canucks’ front office.

The Canucks have hired Émilie Castonguay as the team’s new assistant general manager, marking the first time a woman has held that role in franchise history. Never before has a woman held a higher ranking position with the Canucks in a hockey decision-making capacity.

Castonguay must be getting used to making history, as she became the first female NHLPA certified agent in Canada in 2016. The Montreal native represented former Canuck Antoine Roussel, first overall draft pick Alexis Lafrenière of the New York Rangers, and Canadian Olympic star Marie-Philip Poulin, among others.

“Émilie has extensive experience, is driven to succeed, and has a strong reputation in hockey for her intelligence and work ethic,” said Rutherford. “She will play a lead role in player contracts and negotiation, managing the collective bargaining agreement, and her voice will be heard in all aspects of hockey operations. She will be a key member of our leadership team and we are pleased to welcome her to Vancouver.”

Rutherford previously indicated that he was looking to build a front office with people with a “variety of backgrounds,” and certainly Castonguay fits the bill, and not just because she’s a woman. Her experience as an agent should serve her well as she jumps to the team side of player contract negotiations.

“It is an honour to join the Vancouver Canucks and I am grateful to Jim and the Aquilini family for the opportunity,” said Castonguay. “The Canucks have a passionate fanbase and an exciting young team with a bright future. I can’t wait to help build a winning organization that continues to grow and challenges for championship.”

Castonguay is the second woman hired to the Canucks’ hockey operations department in the last four days, as Rutherford added Rachel Doerrie in an analyst role in analytics last week. The Canucks interviewed four women for the AGM job before hiring Castonguay according to Thomas Drance of The Athletic, and appear ready to make at least one other female hockey operations hire soon. It’s a significant development in what has traditionally been a male-dominated industry.

In addition to interviewing four women for the AGM position and hiring Émilie, #Canucks are pushing to add another woman (or two) to the hockey ops. department in various roles.

Not sure about specific names or roles, but it sounds like one of those hires could be imminent.

Rutherford is still looking to hire a general manager, with the team interviewing Patrick Allvin, Scott Mellanby, and Sean Burke for the job according to CHEK’s Rick Dhaliwal.

.@DhaliwalSports: "I've been told right now [Mike] Futa is not in the mix for the GM job…all these candidates for the GM job (Allvin, Mellanby & Burke) are basically in Vancouver getting interviewed." #Canucks