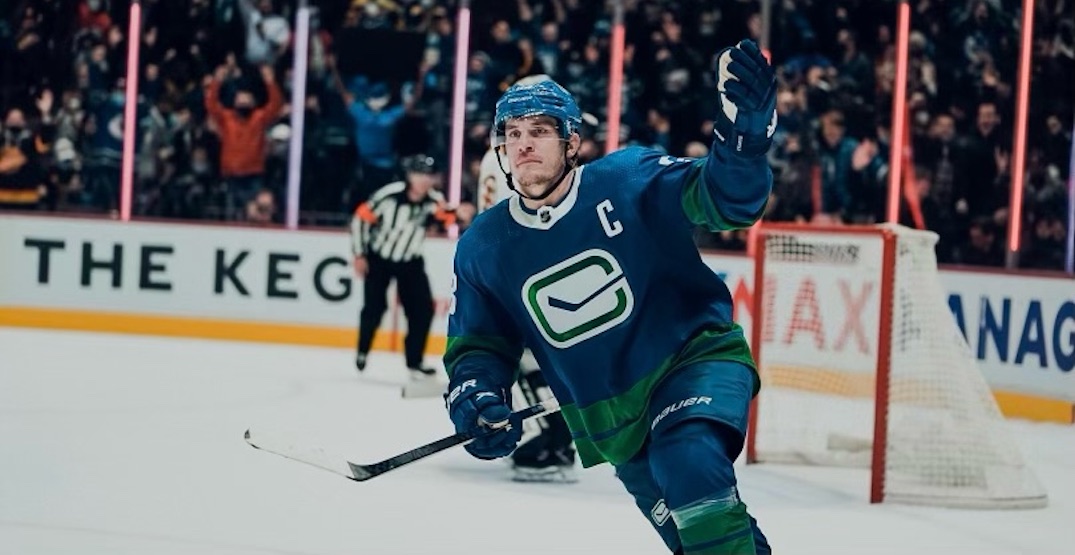 It’s incredible how significantly morale can change in 48 hours.

On Saturday, the Vancouver Canucks were at one of the lowest points in their 52-year history.

After yet another uninspired performance led to a 4-1 loss to the Pittsburgh Penguins, the fans at Rogers Arena had seen enough. Boos and “Fire Benning” chants rained down from the crowd as the seconds ticked away, and then the final horn sounded and a Canucks jersey hit the ice — the ultimate display of fan frustration.

Saturday’s loss brought the Canucks to 8-15-2, dead last in the Pacific and 28th in the NHL. The team was in turmoil, the mood completely sour.

That was when team owner Francesco Aquilini decided it was time for a major shake-up. He made sweeping changes the following night, firing both general manager Jim Benning and head coach Travis Green, as well as their respective assistants, John Weisbrod and Nolan Baumgartner.

Bruce Boudreau and Scott Walker were immediately hired as Green and Baumgartner’s replacements, and Jim Rutherford took over today as president of hockey operations and interim general manager.

This was a season in which — after seven years of underwhelming results in the Benning era save for the playoff bubble run — the Canucks had high hopes to get back to the playoffs.

After the last seven years this organization put their fanbase through, to have this all-in season start this poorly, this was the only option.

Really, it should have happened sooner.

But once the move was made, it was as if a Nikita Tryamkin-sized weight had been lifted off the organization.

Bruce, there it is

Monday’s game against the LA Kings was a 180-degree turn from the Canucks game just two nights earlier.

The team looked rejuvenated. They looked like they were having fun.

The fans were having fun too.

They even embraced the new head coach with a fun “Bruce, there it is” chant that immediately went viral on Hockey Twitter.

BRUCE THERE IT IS pic.twitter.com/xBW7tXBYED

The atmosphere, the feeling around the team is different.

For the first time in what feels like a decade, Canucks fans have hope again.

What a difference 48 hours can make.

But while things feel like they are finally looking up in Vancouver, the reality is there’s still plenty of work to be done to regain the trust of this fanbase and get this team back on track.

Without digging too deep into the problems during Benning’s seven-plus year tenure, one of the key takeaways from the Aquilini press conference on Monday was when Stan Smyl talked about how dysfunctional things had gotten in the Canucks organization.

Communication has undeniably been an area the organization had been lacking in throughout the Benning regime, something Aquilini agreed with when asked during the press conference. Communication only suffered more once they ‘amicably’ parted ways with Trevor Linden in 2018 and no longer had a president of hockey operations.

The communication shortcomings were seen at multiple levels.

There were issues in communicating with the players. Like when all of Jacob Markstrom, Chris Tanev, Tyler Toffoli, and Troy Stetcher were left in the dark during contract negotiations in the summer of 2020, or back at the 2016 trade deadline where it was later revealed by Dan Hamhuis that he hadn’t been approached to waive his no-trade clause until a couple weeks before the deadline.

There were rumours of communication breakdowns and dissenting opinions within upper management at times, eventually resulting in Linden departing, as well as former director of amateur scouting Judd Brackett a few years later.

But most of all, there was a failure by the organization to simply communicate a consistent plan to Canucks fans.

Benning is gone now but the same ownership remains, and even though Aquilini adamantly denied ever getting involved in managerial decisions, there is certainly skepticism on whether anything will change in this new regime.

Already, he’s hired a new coaching tandem in Boudreau and Walker – a decision that would typically be left for an incoming GM to decide (though it’s worth noting Boudreau’s two-year deal has a team option for the second year).

Aquilini was saying mostly the right things during Monday’s press conference, such as the age old saying of “owners own, managers manage, coaches coach and players play,” but backing his words up with actions is the next, and critically important step.

Another quote from the presser that stuck out was when the Canucks’ owner plainly said, “we want to be a competitive team again.”

“The MO of the Aquilini family around the @NHL is that it is the toughest family to work with in the 32 teams. Francesco’s family has made it difficult on lots of people for a long time. That’s something that we’ll known in the halls of the NHL.”
–@JShannonhl on @sekeresandprice

Is it simply competing for the playoffs that Aquilini wants, or is he committed to building a team that can legitimately compete for the Stanley Cup?

The distinction between a team playing meaningful games in March versus one with legitimate Stanley Cup aspirations is an important one.

This city is starving for a Stanley Cup.

This is a market that has been tagged as “negative” and “hostile,” but that isn’t exactly accurate.

Canucks fans care deeply about their hockey team. Perhaps too deeply at times, but it’s unquestionably a positive thing when they are given something to actually cheer about.

Monday night was a perfect example.

Wednesday night’s 2-1 shootout win against Boston was another.

This is a market that is going to analyze every single move the team makes — because they care. Canucks fans enjoy getting involved, discussing, and dissecting every little thing because it will have an effect on the team’s performance, and they truly care about that.

You take that over an apathetic market any day of the week.

I can’t tell you how many #Canucks fans have messaged me talking about how this is the most excited and confident they’ve felt in the organization for years.

Still lots of work to be done to hire the right GM, etc but a lot of consumers who lost hope are ready to buy in again

The organization is finally turning the page, but the road ahead is still filled with uncertainty.

For starters, there’s a messy salary cap situation to navigate going forward due to the aforementioned short-sighted blunders that were made in recent years.

And while the team has looked significantly better in the two games since Boudreau took over, coaching was certainly not this team’s only problem. After all, every statistical model and oddsmaker predicted the Canucks would miss the playoffs this season.

The roster as currently constructed may not be good enough, but there are some great pieces here.

Elias Pettersson is 23 years-old and prior to this season’s slow start, was a high-end top line centreman. Quinn Hughes is a top pairing defenceman at age 22. They have Thatcher Demko (26), Bo Horvat (26), Brock Boeser (24), Vasili Podkolzin (20), and Nils Hoglander (20) — a solid core of young players to work with.

That’s a start, but a lot more needs to be done if this franchise wants to win its first Stanley Cup.