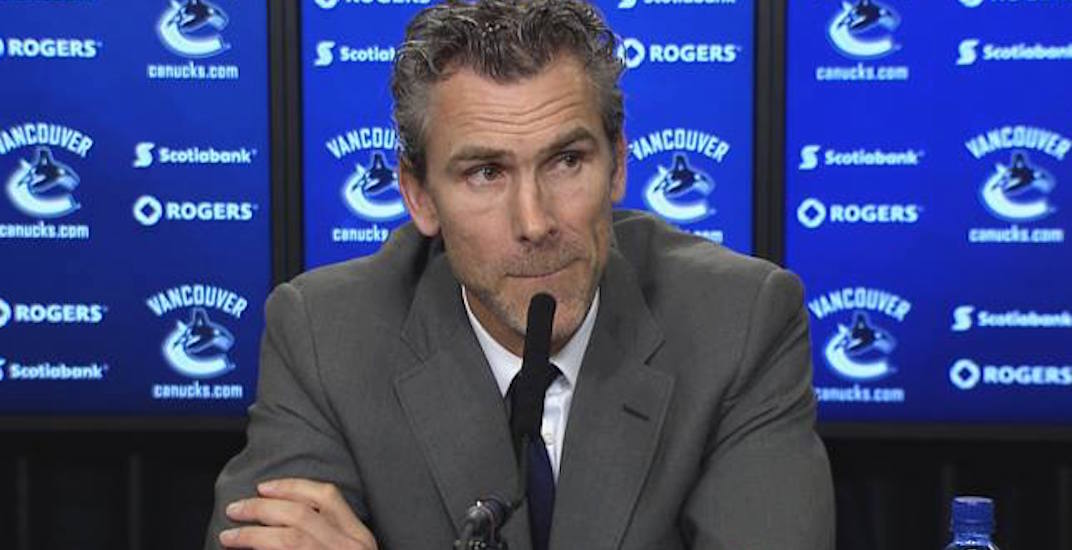 It’s been 82 days since Trevor Linden and the Vancouver Canucks parted ways.

Leaving the organization under mysterious circumstances, the original announcement said the break-up was ‘amicable.’ There aren’t many people left that believe that claim.

Beginning a media tour for his new business venture, the terms of his interview made the rounds on social media on Sunday. There were limits put on the questions asked, though the interviewers pushed the boundaries to a degree.

Either way, you knew Linden would be elusive, as there has seemingly been a cone of silence on the precise details of his departure.

“I’m not going to get into the nuts and bolts of my relationship with the Aquilini family,” Linden said. “I will say this: I loved being part of the team, I loved representing the Vancouver Canucks as president and I wish them well.”

“There’s lots of things I miss about being part of [management] and some things I don’t miss. At the end of the day, I’ve got lots to look forward to in the next journey of my life.”

Linden was vague in most of his answers, though he did say that the move didn’t come as a surprise.

“Sometimes you look forward and you can kind of see the writing on the wall. I think there was a bit of that.”

Linden said he left the organization in a better place than where he found it back in 2014, but mostly spoke about looking forward to the future.

“I really felt that in my role as the president of the Canucks that I was representing the Canucks fans of BC and it was just an awesome thing to do and I loved every minute of it. Having said that, you look forward to the future.”

For now, ‘the future’ appears to not involve the game of hockey. Linden, who has a one-year-old boy, has made a return to social media after going dark for four years. His Instagram account looks a lot like it did before he took the job as Canucks president, with photos of him cycling, hiking, and enjoying the outdoors.