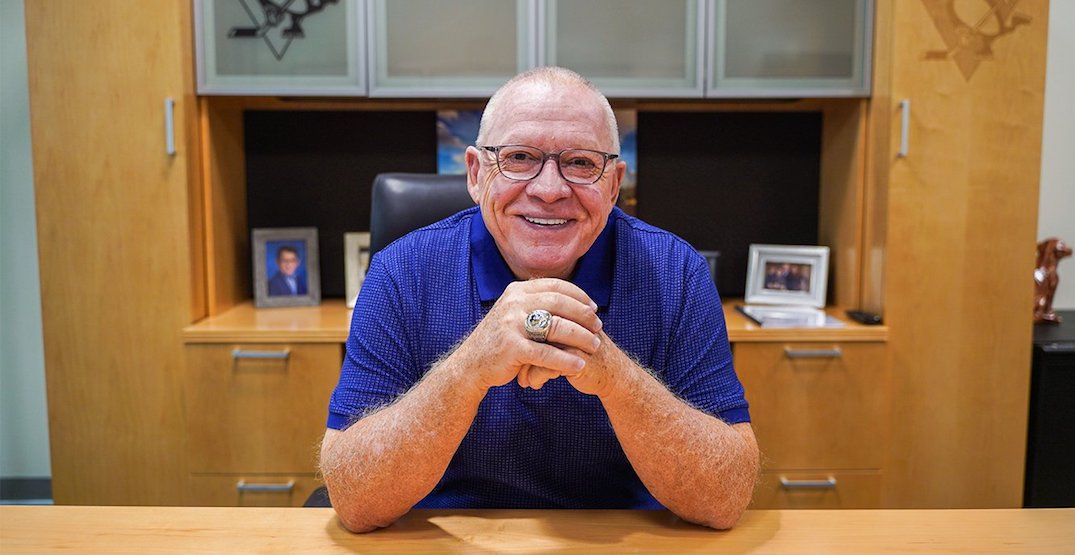 The Vancouver Canucks have hired the most experienced hockey executive on the market.

Jim Rutherford has been hired as president of hockey operations, and he will lead the search for a new general manager, the Canucks announced in a media release. He signed a three-year contract, according to a report from TSN’s Pierre LeBrun.

The 72-year-old will also serve as interim GM, taking over from Stan Smyl.

Stan Smyl 2-0 as GM. Only undefeated Canucks GM ever.

“It is time for a new vision and a new leader who will set a path forward for this team,” said Canucks owner Francesco Aquilini. “Jim has tremendous experience building and leading winning organizations and I believe he will help build the Vancouver Canucks into a team that can compete for championships again.”

A member of the Hockey Hall of Fame in the builder’s category, Rutherford first became an NHL president and general manager for the Hartford Whalers in 1994. He held those roles for 20 years, winning a Stanley Cup in 2006 after the franchise moved to Carolina.

Rutherford joined the Pittsburgh Penguins in 2014 and won back-to-back Stanley Cups with the Pens as general manager and executive vice president of hockey operations in 2016 and 2017.

“It is an honour to join the Vancouver Canucks and to lead an NHL team in Canada,” said Rutherford. “I would like to thank Francesco and the Aquilini family for the opportunity. The Canucks have an exciting young group of players, and I look forward to building a plan that will take this team to the next level and excite Canucks fans everywhere.”

It’s been a whirlwind week for the Canucks, who fired Jim Benning, Travis Green, John Weisbrod, and Nolan Baumgartner on Sunday.

New head coach Bruce Boudreau, along with new assistant coach Scott Walker, have made an instant impact. The Canucks are 2-0 since the coaching change, with Boudreau becoming a fan favourite already.

Smyl also became a fan favourite to a whole new generation of Canucks fans for his blunt assessment of the team.

The Canucks were criticized for not having enough experience in their front office when, in 2014, they hired a rookie president of hockey operations (Trevor Linden), a first-time general manager (Jim Benning), and gave Willie Desjardins his first NHL coaching gig.

Clearly, they’ve gone in a completely different direction this time with Rutherford and Boudreau.