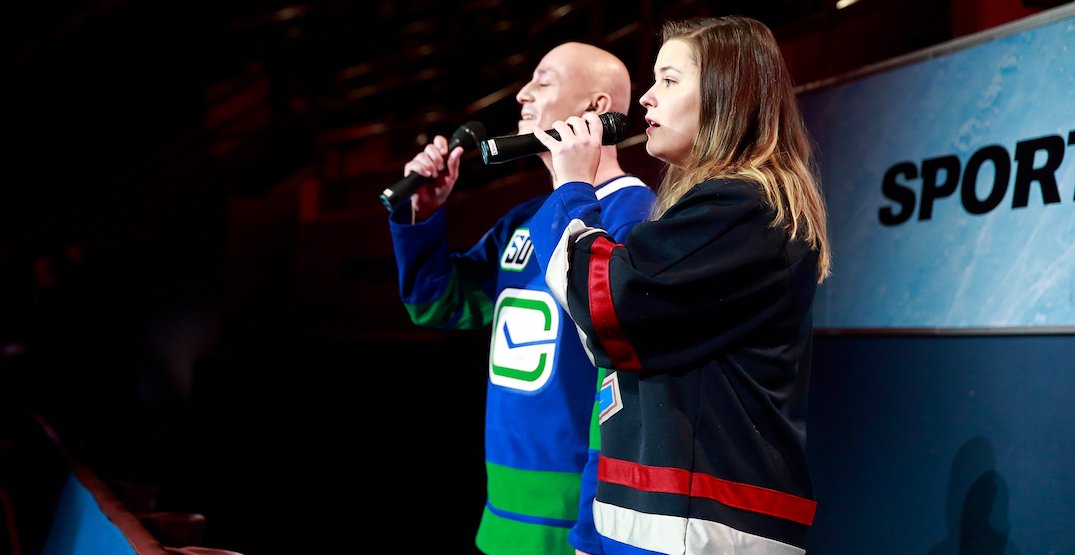 If you’ve always wanted to sing O Canada before a Canucks game at Rogers Arena, this is your chance.

The Vancouver Canucks are looking for someone to sing the national anthem at an upcoming game, and are inviting singers to submit audition videos.

Eight finalists will be chosen, with the winner picked via a single-elimination bracket challenge, decided by a fan vote on Instagram. The winner will get exposure to a national audience, singing the anthem before the Canucks’ April 17 game against the Toronto Maple Leafs on Hockey Night in Canada.

Your dream of singing the anthem at a #Canucks game could become a reality! 🎤
Details & to apply ➡️ https://t.co/vcq0viRhJV pic.twitter.com/TquW9H8HeD

Anthem singers are performing from the 300-level at Rogers Arena this season, instead of ice level, due to health and safety protocols during the pandemic.

Longtime anthem singer Mark Donnelly, of course, is no longer being asked to sing before games.

The Canucks have rotated in a number of different singers this year, including fan favourite Marie Hui on a few occasions. Frontline workers Victoria Groff and Chris Clute sang a duet on opening night. The Canucks have honoured frontline heroes before every game this season, with Musqueam Community Health Nurse Crystal C. Point singing the anthem prior to Saturday’s game.