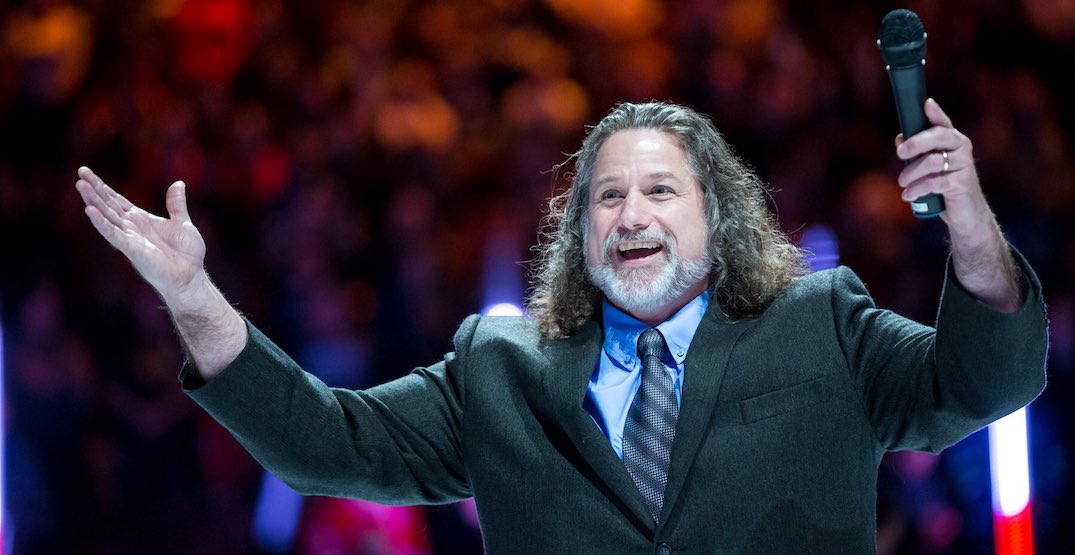 It appears Mark Donnelly has sung O Canada for the last time at Rogers Arena.

The longtime Vancouver Canucks anthem singer, famous for letting the crowd take over singing for him, is scheduled to sing at an anti-mask rally. That decision has angered many on social media, and the team quickly distanced themselves from him.

In a statement provided to Daily Hive, Canucks COO Trent Carroll said: “Mark Donnelly is acting independently and we hope the public understands he is not representing the Vancouver Canucks. We encourage everyone to wear a mask and to follow the provincial health orders. They are in place to help everyone in BC to stop COVID-19 from spreading in our province.”

Canucks owner Francesco Aquilini has since taken it one step further, saying Donnelly should now be referred to as a “former” Canucks anthem singer, followed by the hashtag “#wearamask.”