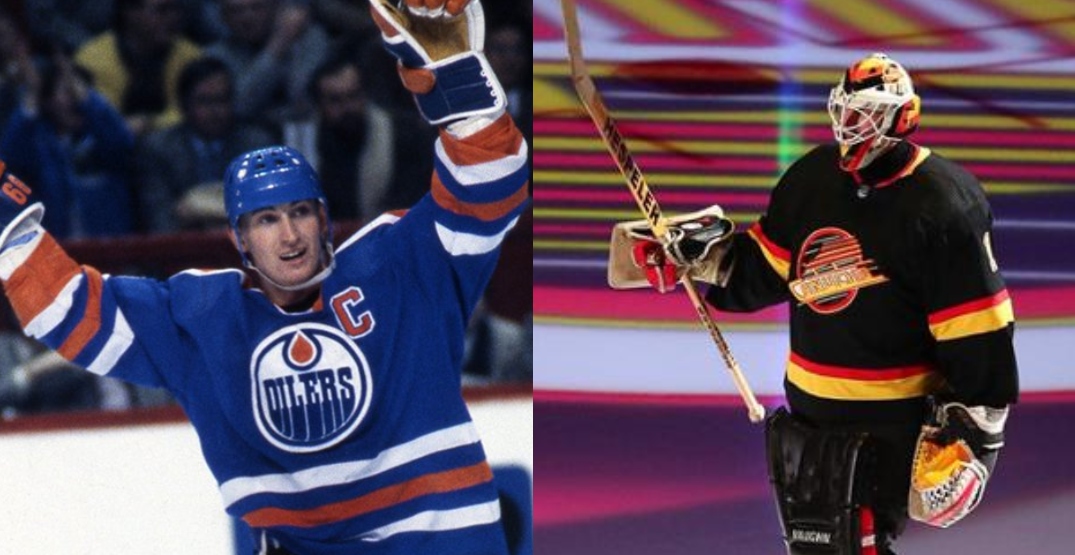 The greatest hockey player of all time was nearly a member of the Vancouver Canucks, not once, but twice.

The Canucks nearly signed Wayne Gretzky as a free agent in 1996, before he eventually signed with the New York Rangers. But they also nearly landed the Great One in his prime, in 1988, before the Edmonton Oilers dealt Gretzky to the Los Angeles Kings.

Speaking with Jeff Marek of Sportsnet, Brian Burke recalled the story of how the Canucks said no to a trade that would have landed Gretzky. Burke, who was the Canucks’ assistant general manager at the time, working for Pat Quinn, said the Oilers wanted $25 million in cash, Kirk McLean, Greg Adams, and three first-round picks.

“We heard Gretzky was going to be traded,” said Burke. “Pat says to me, ‘Figure out if we can afford this.'”

Gretzky was coming off winning his fourth Stanley Cup in five years, and had averaged scoring 185 points per season in his first nine NHL seasons with the Oilers.

But the NHL in 1988 was not yet the booming industry it would become. The most expensive ticket at the Pacific Coliseum at the time was only about $30, Burke recalled. That meant the $25 million price tag was a problem.

Picture this: Wayne Gretzky as a Canuck 😳

In Episode 5 of #HeyBurkie, @Burkie2020 tells @JeffMarek how the Vancouver Canucks were offered a chance to get Wayne Gretzky, why it didn’t happen, and how Brian got roasted for "saying no" to trading for the Great One. pic.twitter.com/ohbksr496J

“So we’re trying to figure out if we went to 35 bucks [for the most expensive ticket], can we cover the money? I just could not make it work. And I didn’t like the price tag. Kirk McLean was a star for us. Greg Adams was a star for us.”

McLean and Adams had just been acquired by the Canucks a year earlier from New Jersey for Patrik Sundstrom. Adams, 25, was coming off a 36-goal, 76-point season. McLean was only 22, and would be nominated for the Vezina Trophy the following season.

“So I went back the next day and I said to Pat and Arthur [Griffths], I said we can’t do this. I can’t recover the money, for one thing. But I can’t justify the price, and Arthur agreed. He’s like no, that’s too much.”

“I think at the end, it came down to more financial [issues], than players on our end,” Griffiths said in 2018.

McLean and Adams played a major role on the Canucks team that went to Game 7 of the 1994 Stanley Cup Final, so it wasn’t a total loss for Vancouver. It was a once-in-a-lifetime chance to get the Great One in his prime though, and league finances did begin to boom in the 1990s.

Plus, the Canucks wasted most of those first-round picks anyway.