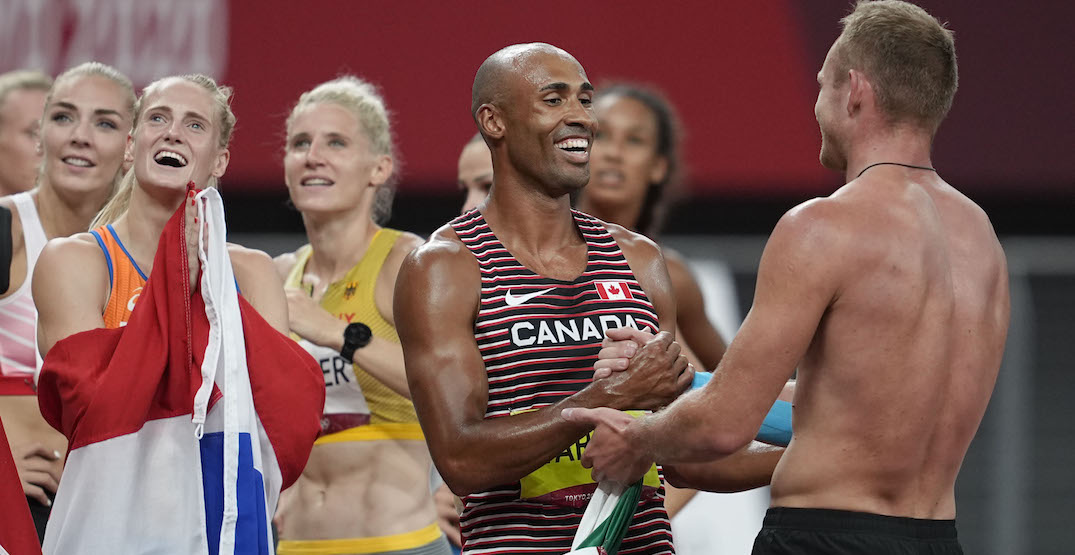 It’s been nearly 30 years since Canada has reached the top of the podium this many times in a single Summer Olympics.

Team Canada athletes have won five gold medals in Tokyo, with three days of competition left to add to that total.

Canada’s fifth gold medal was won in decathlon by Damian Warner, making him the first person from our country to be crowned “world’s greatest athlete.” Joining Warner at the top of the podium in Tokyo are sprinter Andre De Grasse, weightlifter Maude Charron, swimmer Maggie Mac Neil, and the women’s eight rowing crew.

Canada won gold four times at Rio 2016, and secured only two gold medals at London 2012. The last time our country reached the podium this many times in one Summer Olympics was at Barcelona 1992, when Team Canada claimed seven gold medals — a national record for a non-boycotted Summer Games.

The most gold medals ever recorded by Canada at a single Summer Olympics was at Los Angeles 1984, when the Soviet Union and 13 other countries boycotted the Games. Canada won 44 medals in 1984, which is also a record that will be difficult to break.

Canada now has 18 medals overall in Tokyo, including five gold, five silver, and eight bronze. That’s just four medals shy of the national record at a non-boycotted Olympics, set at Atlanta 1996 and Rio 2016, with 22 medals.

We are assured of adding at least one more medal (gold or silver) in women’s soccer, as Canada takes on Sweden in the gold medal match tomorrow morning.

The Tokyo Olympics wrap up on Sunday with the Closing Ceremony set for 7 am ET/4 am PT.