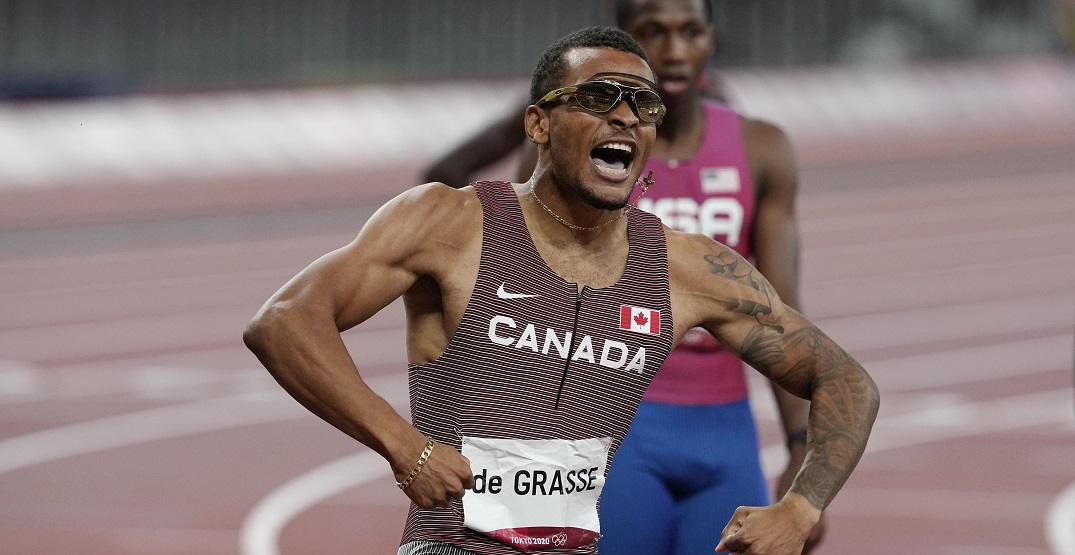 Andre De Grasse has finally picked up his first gold medal at the Olympics, with an incredible performance in the 200m final to stand atop the podium with a Canadian-record time of 19.62.

The 200m medal is the fifth for the Canadian sprinter across the Rio 2016 and Tokyo 2020 Summer Games, which ties him for the all-time record among Canadian track and field athletes at the Olympics. Middle-distance runner Phil Edwards won five bronze medals over the course of three Games in 1928 in Amsterdam, 1932 in Los Angeles, and 1936 in Berlin.

This is the first time a Canadian has won the event since 1928 pic.twitter.com/RH8unC535q

De Grasse finished ahead of three American sprinters to win gold, including Kenny Bednarek, who won the silver medal, and Noah Lyles, who won bronze.

And just as golden 🥇 pic.twitter.com/3i8dxaglvA

In Sunday’s 100m final, De Grasse placed third with a time of 9.89 seconds to finish on the podium alongside Italy’s Lamont Marcell Jacobs, who won gold, and the USA’s Fred Kerley, who picked up silver.

De Grasse and Brown could next be running for Canada in the 4×100 m relay heats later today, with the heats taking place at 10:39 pm ET/7:39 pm PT. However, it’s likely they’ll be replaced by other runners in the heats, and hopefully be back for Friday’s final where Canada should be a medal threat if they do qualify.