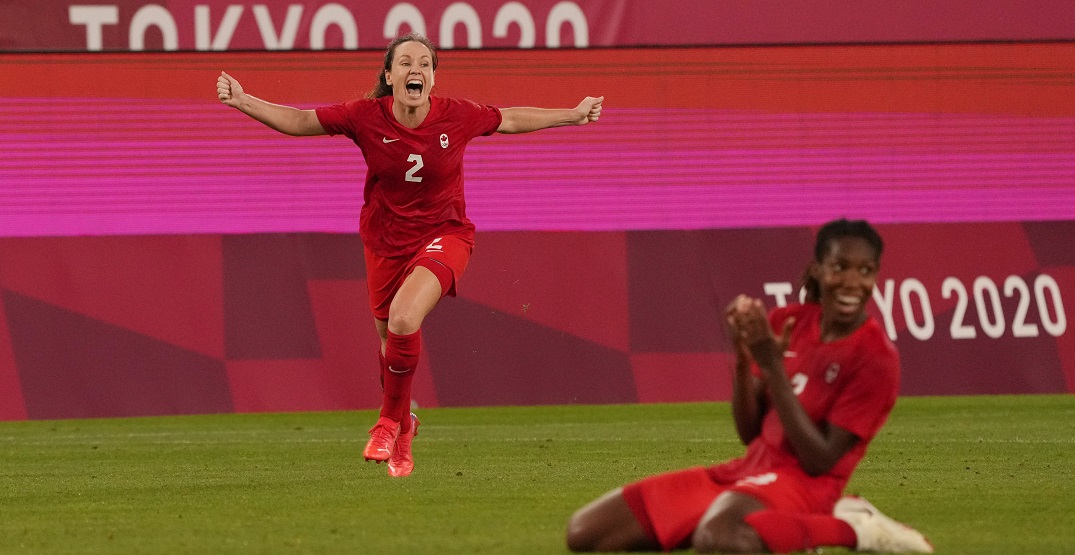 After both teams expressed interest in delaying the match’s start time, the Olympic women’s soccer tournament final between Canada and Sweden has officially been pushed back.

Originally slated for a 10 pm ET/7 pm PT start time on Thursday night, the match will now take place Friday at 8 am ET/5 am PT.

The match was scheduled for 11 am in Tokyo but was pushed back to 9 pm due to concerns that the heat could affect players in a tournament with such short turnaround times between games.

“We have come this far, so we want to come back home with a gold medal,” said Bev Priestman, Canada’s head coach, in a press release. “The team won’t go into that final just happy to be there and go home with silver. We have a group of 22 players who are ready for that final, who are ready to do something special for our country.”

Canada is in their first Olympic soccer final in the women’s tournament, while Sweden wants to avenge a silver medal from 2016 in a loss to Germany.

The United States picked up a bronze medal in their match earlier today, with a 4-3 victory over Australia.