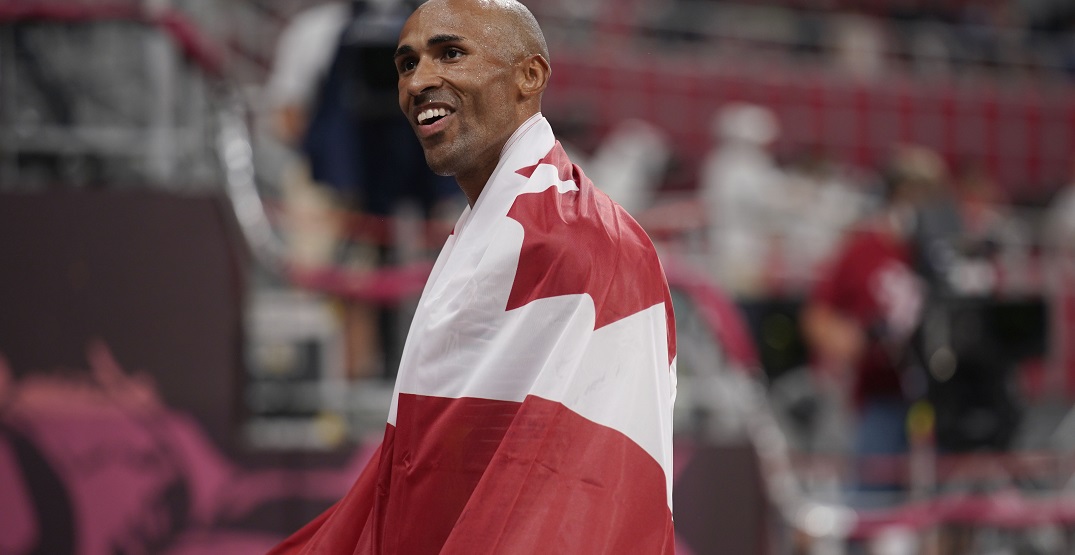 Canadian Damian Warner has officially made history, winning a gold medal in the decathlon event, picking up an Olympic record along the way.

Culminating with a performance in the 1500m that was more ceremonial than anything, Warner became Olympic champion with an awe-inspiring display of all-around strength, speed, endurance, and athleticism in what’s considered one of the world’s hardest competitions.

Canada’s Damian Warner has won GOLD in the decathlon 🥇

He has surpassed the elusive 9,000 points mark and set a new Olympic record pic.twitter.com/JGEly8b93U

Here are Warner’s scores in each of his ten decathlon events in Tokyo en route to the record:

Former Canadian Olympian kayaker Adam van Koeverden noted last night on his Instagram feed that Warner’s 100m time alone could’ve qualified him for the final, while his long jump could have won him the bronze. It’s hard to call Warner anything other than one of the world’s greatest athletes with a skillset like that.

Warner finished with 9018 points, as he was just the fourth decathlete in history to top 9,000 points.

The moment Damian Warner learned he was the fourth decathlete in history to ever score more than 9,000 points pic.twitter.com/pT1xhb6xVG