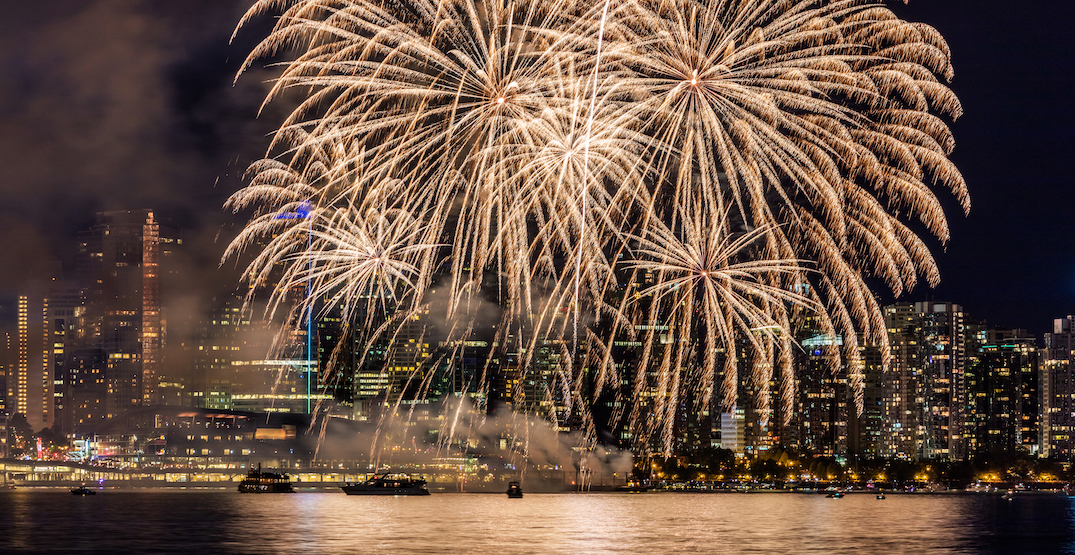 For the third consecutive year, the traditional Canada Day fireworks at Canada Place in downtown Vancouver have been cancelled.

But this time, it is not due to the government’s pandemic health safety restrictions.

The Vancouver Fraser Port Authority announced today that it will be bringing back Canada Day celebrations on July 1, 2022, at Canada Place, but without the flagship climatic event of a fireworks show launched from a barge in Coal Harbour.

The port states its reason for cancellation is due to rising costs for events, safety, and security. Instead, it is redirecting its resources towards the Canada Day daytime programming.

The fireworks in past years were attended by 200,000 people in downtown Vancouver — attracting tourists and providing local businesses with a further boost well beyond the daytime programming.

In 2019, the port also indicated it was withdrawing its support for hosting the simultaneous Canada Day fireworks on the West Vancouver waterfront due to cost. It attracted about 10,000 people each year. At the time, the port stated it was looking to refocus its resources towards its main event in and around Canada Place. 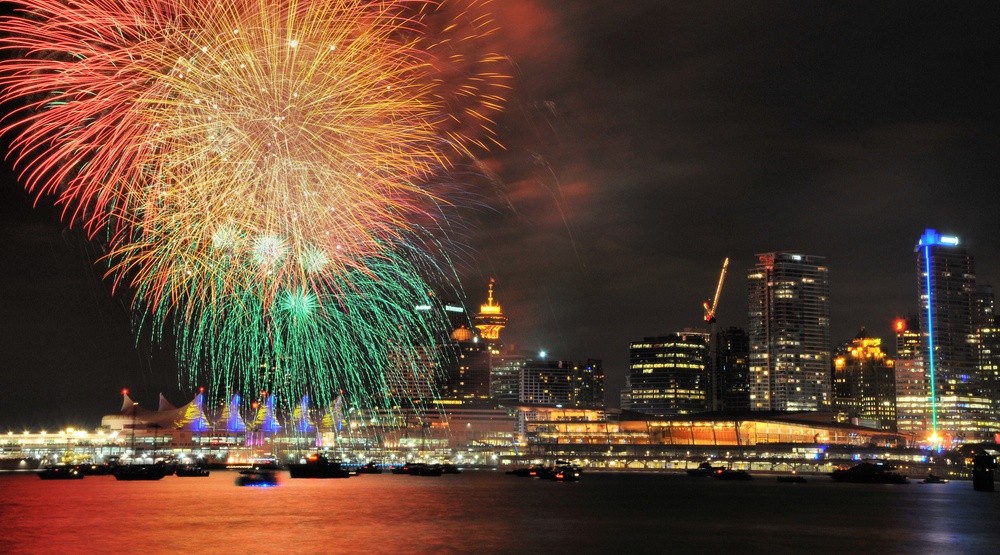 Additionally, the port in 2018 cancelled the traditional Canada Day parade on West Georgia Street in downtown Vancouver, also due to costs. Upwards of 100,000 people attended the parade each year.

Although the Canada Day fireworks in downtown Vancouver are now cancelled, the Honda Celebration of Light will be returning this summer for its traditional three-night celebration leading into the BC Day long weekend in late July.

Surrey’s Canada Day celebrations at the Bill Reid Millennium Amphitheatre, organized by the City of Surrey, are also returning this year. Its traditional fireworks will be proceeding as planned.

Canada Day 2022 in downtown Vancouver was originally set to be a very lively one, comparable to 2017’s Canada 150 celebrations in downtown Vancouver, as the inaugural Formula E three-day event overlapped with the same long weekend. However, organizers of Formula E announced last month their event this year has been cancelled, and the inaugural race will instead take place in 2023.

The event’s new direction in 2022 for its 36th year also includes the renaming of the “Canada Day” event to “Canada Together,” which intends to symbolize inclusivity with the Musqueam, Squamish, and Tsleil-Waututh First Nations.

The port states it has been working with the local First Nations on both the new name and revamped programming to account for reconciliation and “create a welcoming experience for all people who live in this country.” This year’s event theme is “weaving together the fabric of a nation.”

The family-friendly event will begin at 11 am, including all zones and exhibits, the main stage with live entertainment and programming along with the outdoor spaces of Canada Place, Jack Poole Plaza, and surrounding streets.

No programming will take place indoors this year.

The North Point plaza of the Canada Place pier will host a gathering of performances, exhibits, and demonstrations from different cultures around the world, with feature performances by Aché Brasil and Lazy Syrup Orchestra featuring Ashleigh Ball.

Family-friendly kids’ entertainers and activities — including the RockRock N’ Beau Dance Party, the annual mascot dance-off, and performances from Mom Bop and Will’s Jams — will be held at Jack Poole Plaza.

Numerous food trucks will once again be found along Canada Place Way.

When: July 1, 2022
Time: Starting at 11 am
Where: Canada Place Way in downtown Vancouver
Cost: Free