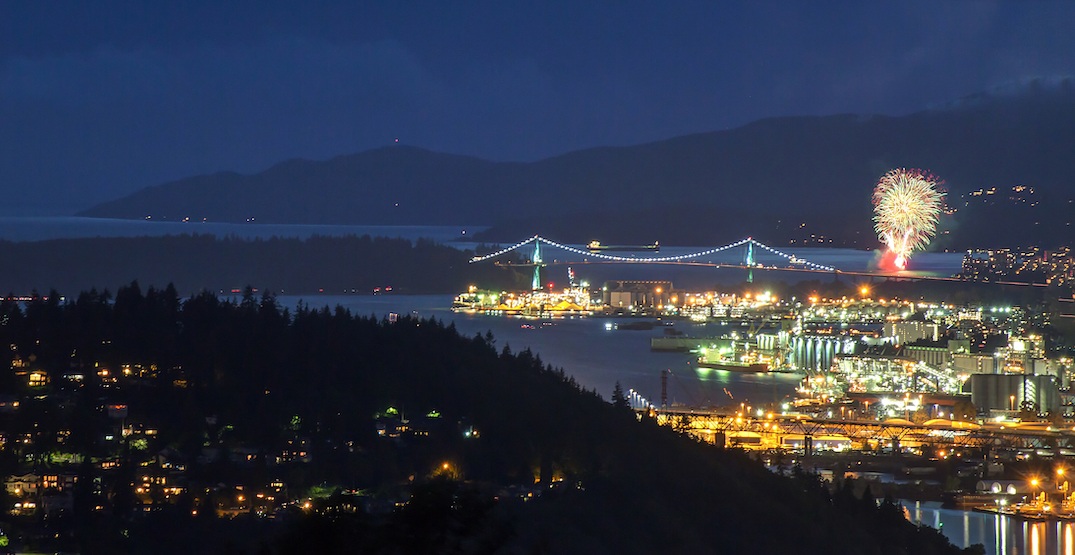 Twin fireworks displays in Burrard Inlet on Canada Day could be coming to an end in the near future, if the District of West Vancouver is unable to cover its full share of the costs.

The Port of Vancouver has been covering most of the cost of the dual-barge fireworks show in recent years, with one barge located just off its Canada Place property in downtown Vancouver and a second barge off Dundarave in West Vancouver.

However, the port authority is now looking to shift the full cost of the West Vancouver barge to the district in an effort to focus its funding and planning efforts for Canada Day celebrations to the area in and around Canada Place.

Then in 2021, the district will be responsible for all of the port’s costs for the West Vancouver fireworks production, which will cost up to $75,000. Under this model, the district estimates the total cost of Canada Day fireworks to municipal taxpayers in 2021 could be up to $80,000 annually.

Last week, district council approved a request by district staff to increase the municipally-funded annual budget for the fireworks from $15,000 to $25,000, with the goal of covering the remaining shortfall through federal government grants and potential donors. Given the event’s prior unsuccessful experience with pursuing corporate sponsorship, this avenue is not being pursued.

“It is not realistic or sustainable to assume that the fireworks show can be funded on an annual basis through corporate sponsorships as this has been attempted over the past 10 years without success and very little interest has been shown from potential corporate sponsors,” reads a staff report, adding that the district’s funding for the show should be capped at $25,000 annually.

“Staff will attempt to secure funding through the Government of Canada, Canadian Heritage – Celebrate Canada grant for the majority of the costs and continue to explore other potential donors. However, it is unlikely that the federal government would fund two separate fireworks shows in the same region rather than in another province or territory.”

The Burrard Inlet Fireworks Society (BIFS) was formed in 2007 and gained full responsibility of both barges in 2008. The non-profit society initially had a mandate to grow the number of fireworks barges in the region, including barges at Spanish Banks in Vancouver, Waterfront Park in Squamish, and possibly Boundary Bay in Surrey and White Rock.

But these additional barges were never achieved, and BIFS was dissolved in 2014, with the port assuming full control of the entire two-barge fireworks show.

Between 2007 and 2018, despite inflation, the district’s share of the costs for its fireworks show was limited to $15,000 annually.

In 2018, the port cancelled its Canada Day parade in downtown Vancouver, citing similar reasons of the rising costs of the parade for the “difficult decision” and the resulting desire to focus its resources on Canada Place programming.

“As overall costs continue to increase for large city events, we are focusing our resources on the core elements of Canada Day at Canada Place to ensure we can continue to produce the best possible event for all attendees,” said Gillian Behnke, manager of community relations and events for the Vancouver Fraser Port Authority, in a statement to Daily Hive.

“In 2017, we advised the District of West Vancouver of our plans to review the Canada Day dual-barge fireworks financial model and have been working with them over the last few years to ensure a smooth transition, and to allow for an opportunity to secure alternative funding should the District choose to continue the fireworks beyond 2021.”

Annual attendance for the Canada Day fireworks is estimated at 200,000 people for downtown Vancouver and 10,000 people for West Vancouver. The identical shows last between 18 minutes and 20 minutes.