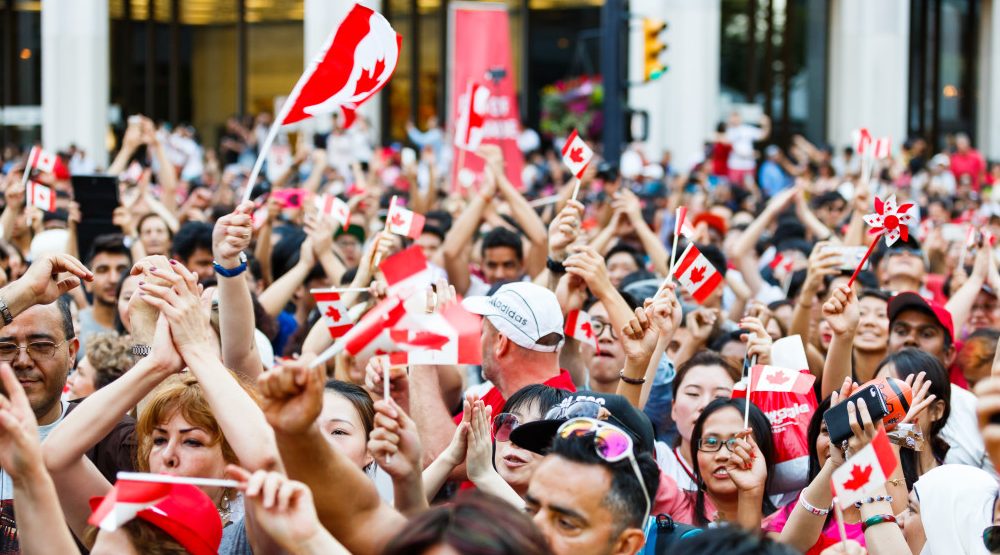 There will one less big way to celebrate Canada Day in Vancouver this year.

The Port of Vancouver says it has made a “difficult decision” to cancel the Canada Day Parade portion of its Canada Day at Canada Place festival, removing the parade from its traditional day-long line-up of events and festivities in downtown celebrating Canada’s birthday.

This parade in downtown Vancouver is considered one of the Port’s flagship programming elements on July 1.

“As overall costs continue to increase for such a large event, we are focusing our resources on the core elements of Canada Day at Canada Place to ensure we can continue to produce the best possible event for all attendees,” says the Port.

Every year, the festivities at Canada Day at Canada Place have included free concerts, food trucks, programming inside the exhibition halls of Vancouver Convention Centre East at Canada Place, and high-aerial fireworks launched from a barge in Coal Harbour. This programming will continue.

But there will now be one less draw for the crowds. The six-block-long parade, which begins on West Georgia Street in the West End and ends on Burrard Street near Canada Place, has been an annual affair since 2009. It is held in the early evening as one of the final events prior to the fireworks.

This year’s cancellation comes after the Port’s super-sized programming in 2017 to mark Canada 150, which attracted a record attendance of over one million people throughout the day. Last year, the festival was spread over two days, with the parade and other programming held on July 2.

Canada Day at Canada Place is the latest major event in the city to be downsized or cancelled due to challenges with costs.

Downtown Vancouver has been without its annual St. Patrick’s Day Parade since 2017, and last year’s Vancouver Christmas Parade was nearly cancelled – until TELUS stepped in last minute to become the event’s new title sponsor. The Christmas-season parade will go ahead this year as TELUS has renewed its sponsorship.

Another major loss this summer is the cancellation of the Davie Street Party, which has been one of Vancouver Pride’s flagship events for many years. The Vancouver Pride Society said its budget deficit from 2017’s festivities and the high policing costs associated with the late night street party led to the decision to axe the event. However, the Pride Parade will go on as planned.