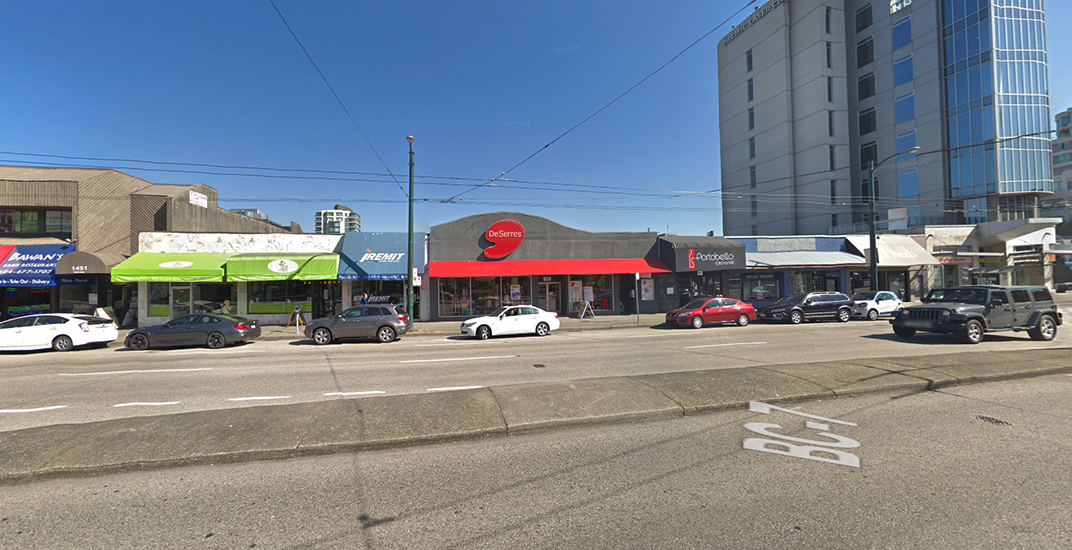 Some of the official detailed designs of the Millennium Line’s Broadway Extension could be released later this year, coinciding with the scheduled launch of the request for qualifications (RFQ) bidding process for the project, or early in 2019.

But what is not known at this time is where exactly the station entrances will be located in these areas and how they will be integrated within the Broadway Corridor’s urban landscape.

For the station entrance serving the intersection of Granville Street and Broadway, recent marketing materials by commercial real estate brokerage Colliers International for nearby properties provide a glimpse of the expected station location.

It appears a large mid-block site on the north side of the Broadway city block between Granville Street and Hemlock Street has been chosen as the location. The site addresses are 1431-1451 West Broadway, effectively amalgamating separate properties that are currently occupied one-, two-, and three-storey commercial buildings.

This would replace a number of businesses such as Deserres, Eat Your Cake, Bawan’s Donair & Pizza Restaurant, and Vera’s Burgers. 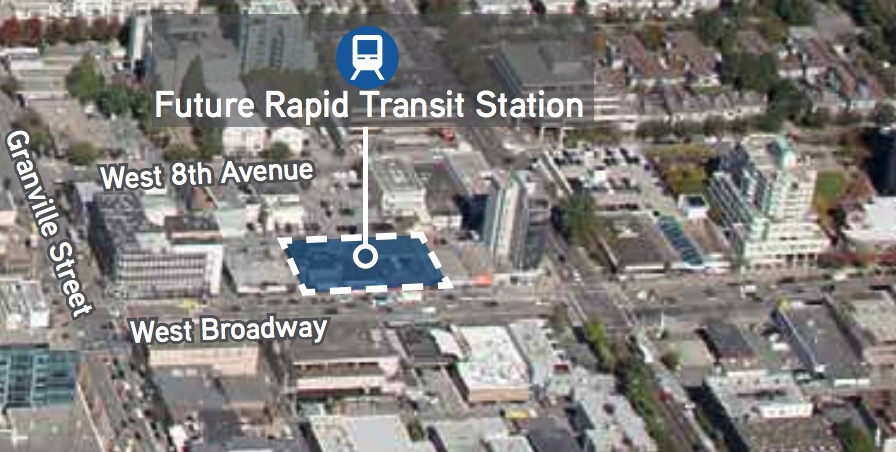 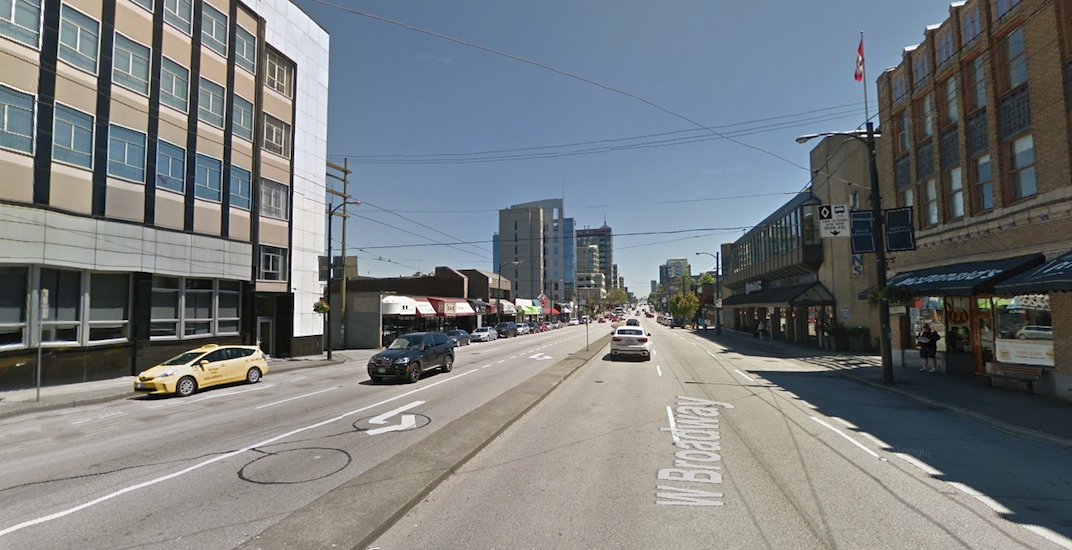 Looking east on Broadway from where it intersects with Granville Street. (Google Maps)

Colliers’ brochure states the City of Vancouver owns 1441-1451 West Broadway while TransLink owns the immediately adjacent property to the east at 1409-1421 West Broadway.

According to BC Assessment, the three-storey commercial building sitting on a 5,800-sq-ft lot at 1451 West Broadway was sold in March 2018 for $14 million –well above its July 2017 assessed value of $8.15 million. The buyer is currently unknown.

It is unclear how much of this mid-block area will be needed for the subway, and whether other uses such as ground-level retail and overhead office and residential space could be incorporated into a larger development that envelopes the station entrance. This has been done for other subway entrances, specifically the Canada Line’s King Edward Station with a 2017-built eight-storey residential and retail building straddling over the 2009-completed station entrance. 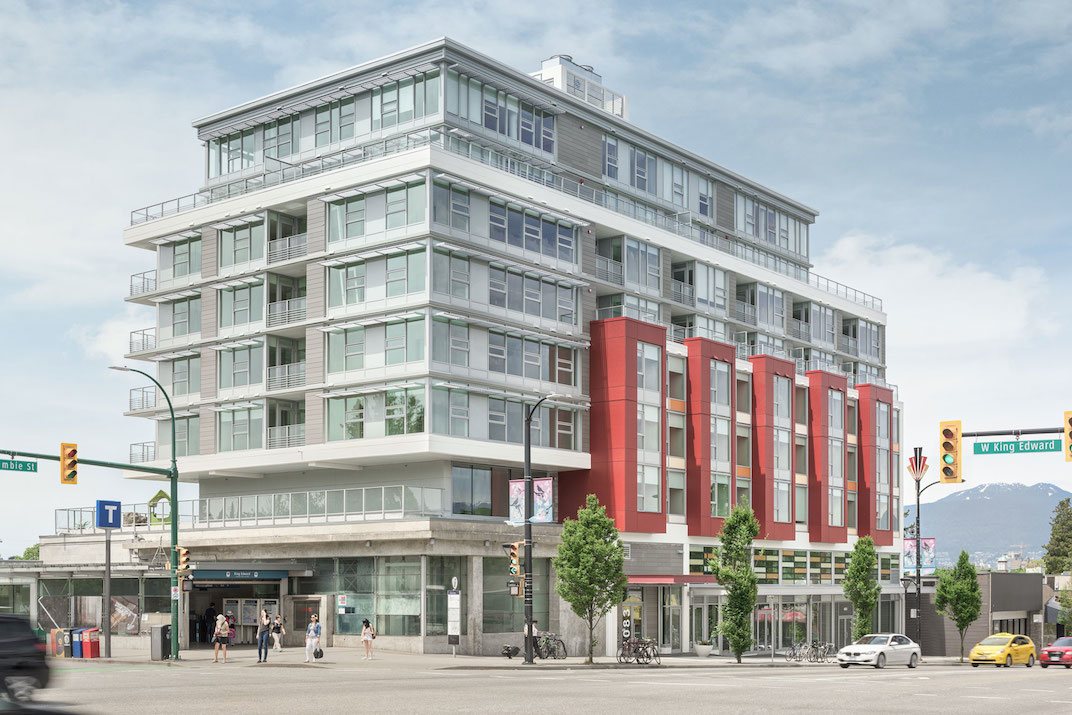 Designated names have not been allocated to each of the new stations, and the two stations located at Granville Street and Main Street will certainly be provided with names that differ the stations from the Granville Station in downtown and Main Street-Science World Station.

The 5.7-km-long Broadway Extension between VCC-Clark Station and Arbutus Street is expected to cost $2.83 billion when construction reaches completion in 2025, up from the 2014 cost estimate of $1.98 billion. TransLink previously stated factors such as rising land acquisition, labour, and materials costs are the reasons for the cost creep.

Construction on the extension,which is expected to attract 140,000 boardings per day upon opening, is set to begin in 2020.