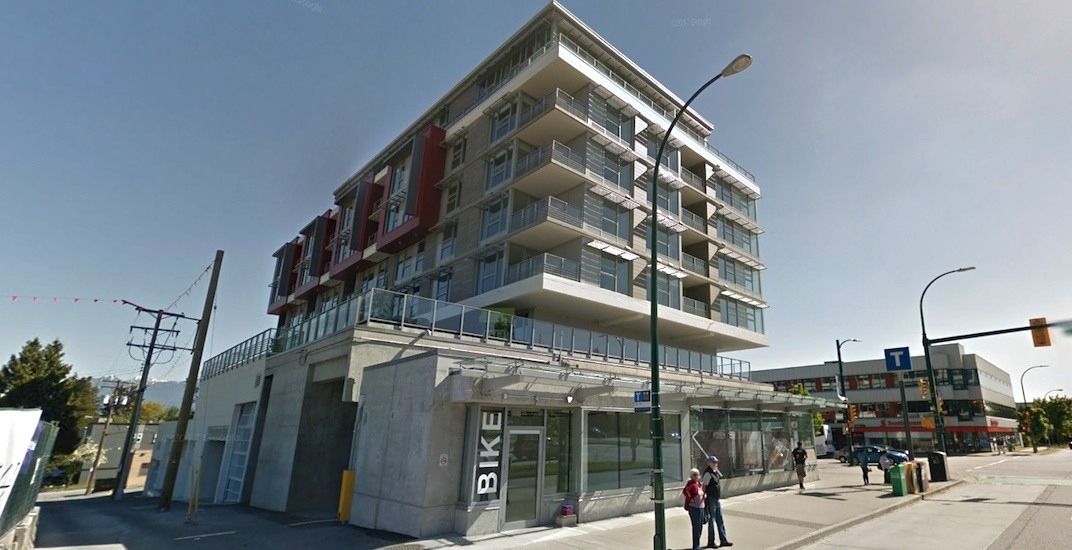 A new secure bike parking facility that can fit up to 26 bikes has opened at the SkyTrain’s King Edward Station.

TransLink says the bike parkade is located in the station entrance building next to the laneway, facing King Edward Avenue. The station is now incorporated into the recently completed Cambie Star mixed-use building.

The facility has electrical outlets for charging e-bikes and crime prevention features such as glass walls, 24/7 lighting, and CCTV.

Only customers enrolled in the Bike Parkades program can access the facility using their registered Compass Card, and parking space is on a first-come, first-served basis. Usage fees are at a nominal $1 per day, with fees capped at just $8 per month. 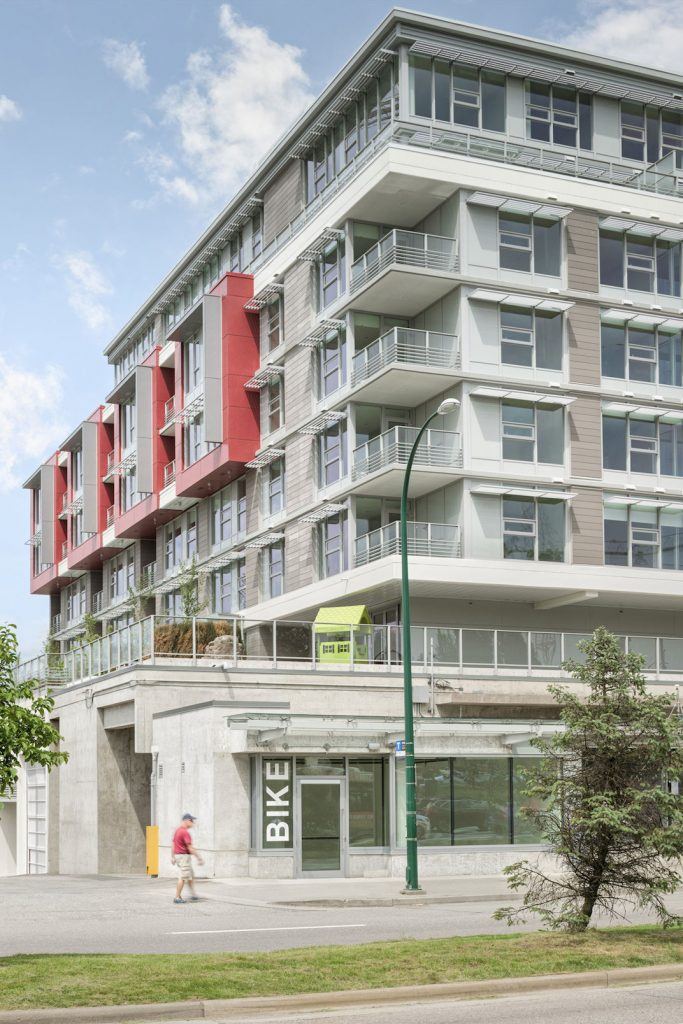 The facility cost $500,000 to construct, with $34,500 provided by the federal government, $23,000 by the provincial government, and the public transit authority with the balance.

This is the first bike parkade on the Canada Line and the fourth on the regional public transit system. Other facilities are located at Joyce-Collingwood Station, King George Station, and Main Street-Science World Station, which is the busiest facility.

Two additional bike parkades will open at the renovated and expanded stations at Metrotown and Commercial-Broadway, and four more parkades will be built over the coming years.

To date, there are about 1,400 bike parkade registrants, with 18,000 parkade entries recorded. 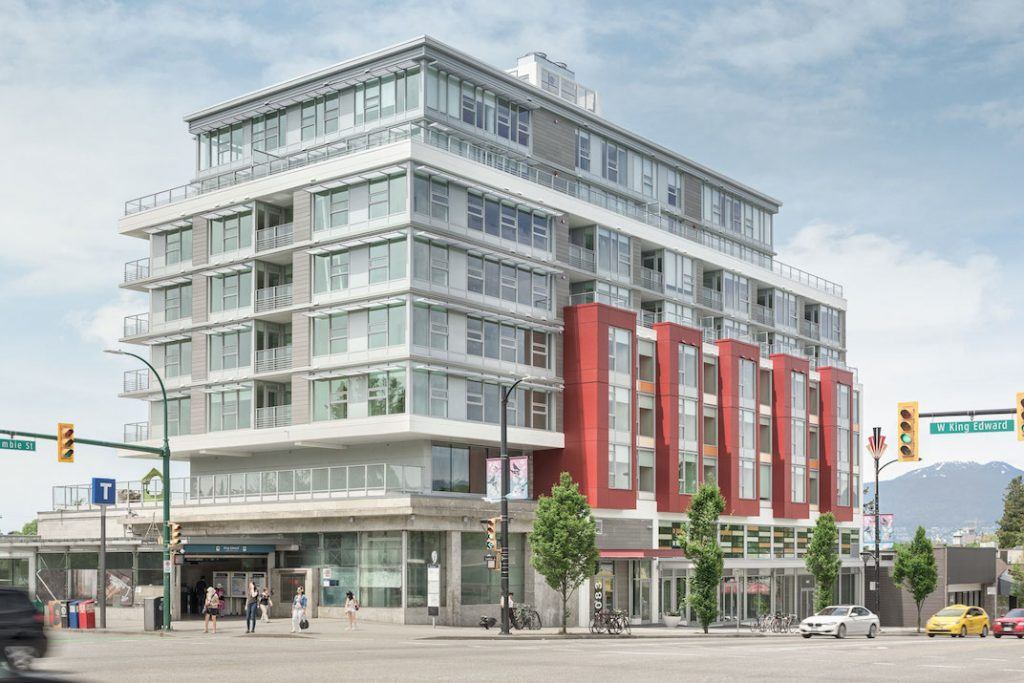 As for the 2017-completed, eight-storey residential and retail building that sits above the station entrance, the building had to be creatively engineered to ensure the extra weight placed on the station structure was limited.

The 2009-built station was originally designed to support a three-storey, wood-framed building, but W.T. Leung Architects overcame this obstacle by cantilevering the floor slabs above the station from the building’s concrete core. With this method, no structural elements or additional supports were required for the station, which remained fully open during construction. 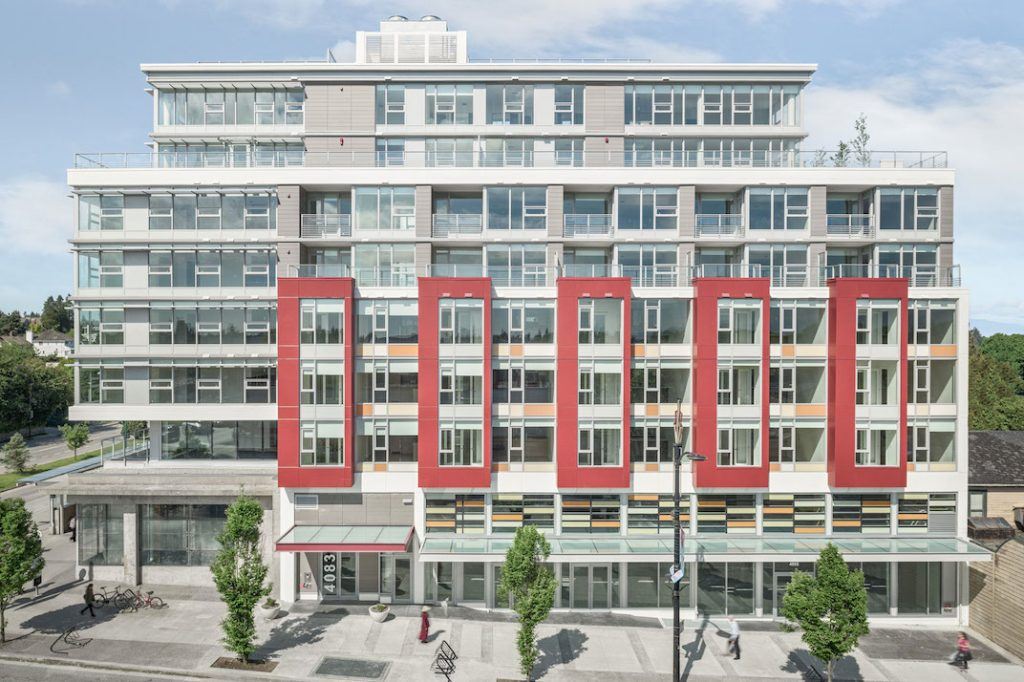 According to TransLink, it is also open to proposals to build over the station house for Langara-49th Avenue Station, although the station entrance building was designed as a standalone facility. But any proposed development over this station cannot interfere with the operation of the SkyTrain station.

“Delegations from around the world visit us to learn from TransLink’s expertise on a variety of topics, including land use, transportation planning, environmental design, crime prevention and the successful implementation of transit-oriented development.”

For Oakridge-41st Avenue Station, no buildings are planned on top of the station entrance as part of the major redevelopment project of Oakridge Centre, however, the developer is keen on rebuilding the station with a giant landmark canopy roof.