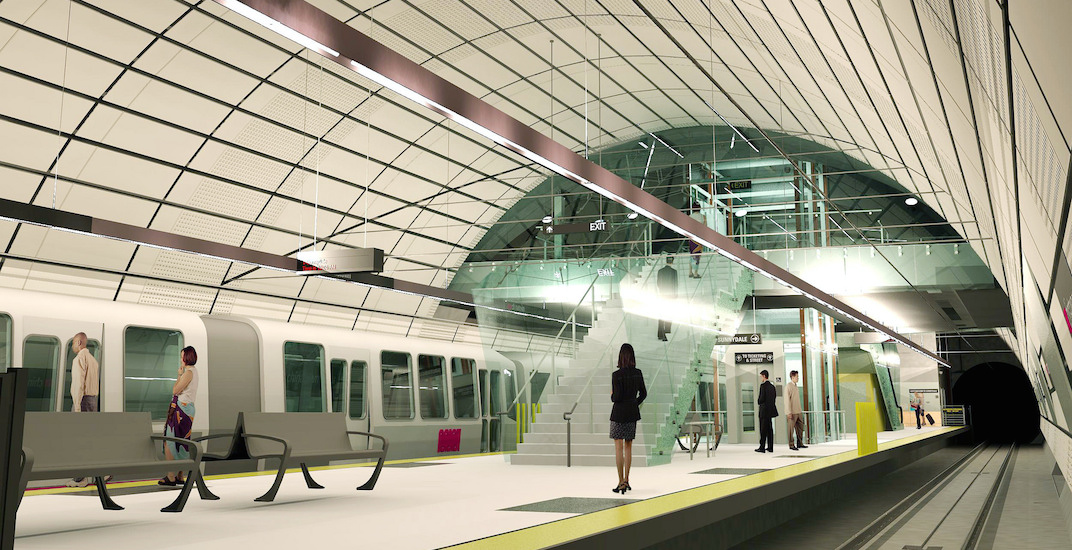 The University of British Columbia has proposed measures to further extend the underground SkyTrain extension of the Millennium Line to its Point Grey campus.

Currently, the planned extension will only run a six-km-long, six-station route from the existing VCC-Clark Station in the False Creek Flats to Arbutus Street in the Vancouver Westside. A future phase west of Arbutus Street to reach the campus would be constructed in a later phase, likely in the 2030s at a higher cost with the delay.

But UBC now wants to accelerate the extension to the rapidly growing campus.

Earlier today, the UBC Board of Governors supported a plan to explore a direct financial contribution from the university, although any funds will not be taken from the academic budget.

This marks the first time the university has formally offered to fund the much-discussed rapid transit extension. However, UBC has not provided a dollar amount as any figure depends on the technical work needed to understand the project scope and costs, consultation with the UBC and wider community, and discussions with other partners.

The amount and nature of UBC’s contribution will depend on the outcomes of technical work to understand project scope and costs, consultation with the UBC and external community, and discussions with other partners.

This contribution could include the following combination:

Previous TransLink studies indicate travel times for a full extension between Commercial-Broadway Station and UBC will be just 2o minutes, with ridership reaching 320,000 per day by 2041.

Between Arbutus Street and UBC, as originally proposed by TransLink, there could be stations at Macdonald Street, Alma Street, and Sasamat Street/West Point Grey Village.

Altogether, the second phase west of Arbutus Street will be over seven kms in length.

Running from Lafarge Lake-Douglas Station in Coquitlam to UBC, the Millennium Line extended to the university would become Canada’s longest rail rapid transit line, with a length of 43 km and a seamless one-train-ride travel time of less than an hour.

“Extending rail rapid transit to UBC is a key component of a regional approach to transit improvement, and directly supports UBC’s Strategic Plan. Enhanced transit connectivity between UBC and the rest of the region will benefit individuals, businesses and organizations across Metro Vancouver,” said UBC president Santa Ono in a statement.

“Today’s Board approval of the advocacy strategy enables UBC to advance conversations with senior levels of government, regional partners, and with the UBC community about expediting the project.”

Construction on the current planned phase reaching Arbutus Street using tunnel boring machines is scheduled to start in 2019 for an opening in 2025. A request for proposals to private contractors will be issued later this year.

UBC hopes to secure funding for the second phase by 2021 for an opening in 2028, with the assumptions of a design and construction timeline of five to seven years.