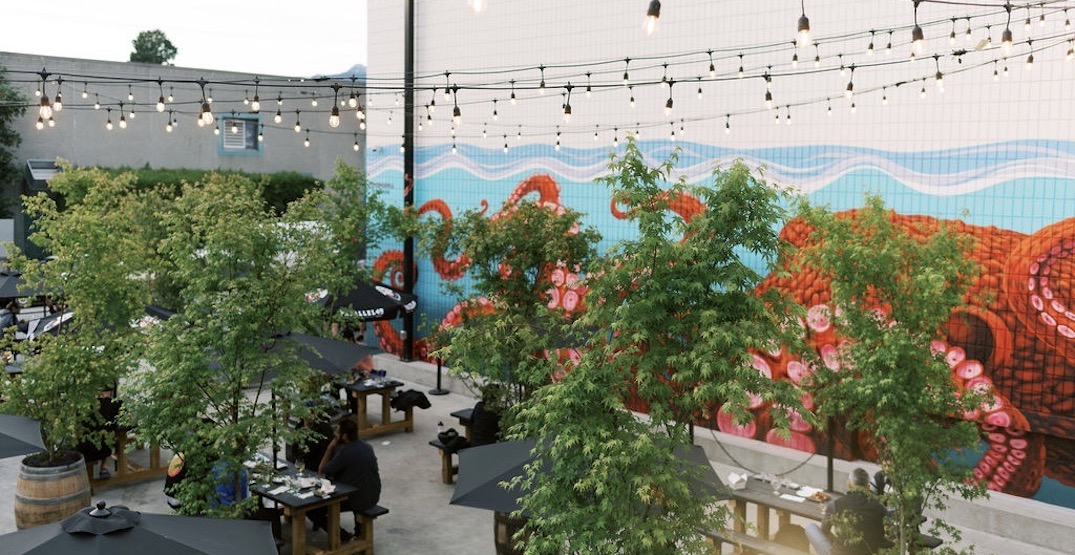 Vancouver might as well be called brewery-city, as far as we’re concerned.

With dozens of breweries and brew-pubs right here in the city, and more opening up all the time, it’s truly a great time to be alive for the beer drinker.

There’s nothing quite like grabbing a cold beer with some friends and enjoying the sunshine during patio season.

From small side patios to sprawling situations, these brewery patios are the best in Vancouver.

Parallel 49 has some killer hops and an even better patio to enjoy them on. Plus, the brewery has just reopened its massive 100-seat beer garden for the summer – even more incentive to check out the brewery and soak up some rays.

CRAFT houses the largest draft beer selection in Canada, with over 100 national and international pours to choose from. The patio has a view of Olympic Village and Vancouver from across False Creek.

Red Truck often features live music on the weekends, plus the brewery has some great food options that go well with beer (think foot-long hot dogs and fries). The covered patio is perfect no matter what the weather is like, especially with the signature Red Truck classic lager.

Bells and Whistles has two locations in the city and boasts 19 rotating taps. The Fraser location has a great wrap-around patio where you can enjoy the sunshine and sip on a selection of local craft beers.

The brews at R&B are named after iconic Vancouver places and things, like the Dude Chilling Pale Ale, Stolen Bike Lager, and Vancouver Special IPA. You can stop and get your growlers filled here or stop and enjoy the patio and ambience of the industrial setting.

Tap & Barrel has three outposts in Vancouver, all of which take patio life to epic levels. Each location has patio options for customers who want to sip on wines (all barrelled) and beers (all taps) and the popular restaurant’s West Coast casual fare.

This “open-source, green-practice driven, friendly & inclusive craft brewery” in East Van has a secretly great little patio tucked around its side, only open on a seasonal basis. Pouring some really solid beers as well as local kombucha from Oddity Kombucha (which is brewed in the same space), Faculty is a must-stop spot for patio drinks.

With its rainbow-painted picnic tables and irreverently named beers – think T-Bex Peach Witbier and Lizard Wizard West Coast IPA – Electric Bicycle is a great spot to take in some sun. It’s also got three different kinds of grilled cheese sandwiches to soak up all that beer, so you’ll never go hungry.

This Italian and West Coast-inspired brewery serves up pizza in addition to its great lineup of craft brews. Luppolo also has a sneaky patio along the side of its tasting room, with a few picnic tables and some covered seating, too.

Not only does Strange Fellows Brewing have a great, spacious patio, but it also often has food trucks parked right outside, so you can get some grub to go with your brew. Some of its most popular beers include the Talisman pale ale and Jongleur wit beer – both stellar choices for a sunny patio.

If you’re an IPA fan, Superflux is the place to be. With a beautiful and spacious interior, cool can designs, and a covered patio with lots of space, this is one of our top picks for East Van breweries.

Container Brewing is tucked away in an industrial area in East Van, but this brewery is not to be missed! With some really solid craft beers and a patio right out in the sunshine, it’s a great place to spend an afternoon. Plus, the Burdy food truck is usually parked out front serving up chicken parm sandwiches.

A post shared by Steamworks Brew Pub in Gastown (@steamworksbrewpub)

This iconic Vancouver brewery has its first brewpub location in Gastown and its taproom in Burnaby, but this summer, Mount Pleasant will also be home to a brand new Steamworks location. The spot is looking massive with an even bigger patio to rival the one in Gastown, but both locations are a great choice for a patio beer.

Serving up pizza and beer, Strathcona Beer is a local go-to spot for a reason. The brewery also frequently does cool collabs with other local businesses, like its Dank Mart Blue Candy Ale beer from earlier this year. The spot also has a great patio, of course.

With files from Hanna McLean and Daryn Wright