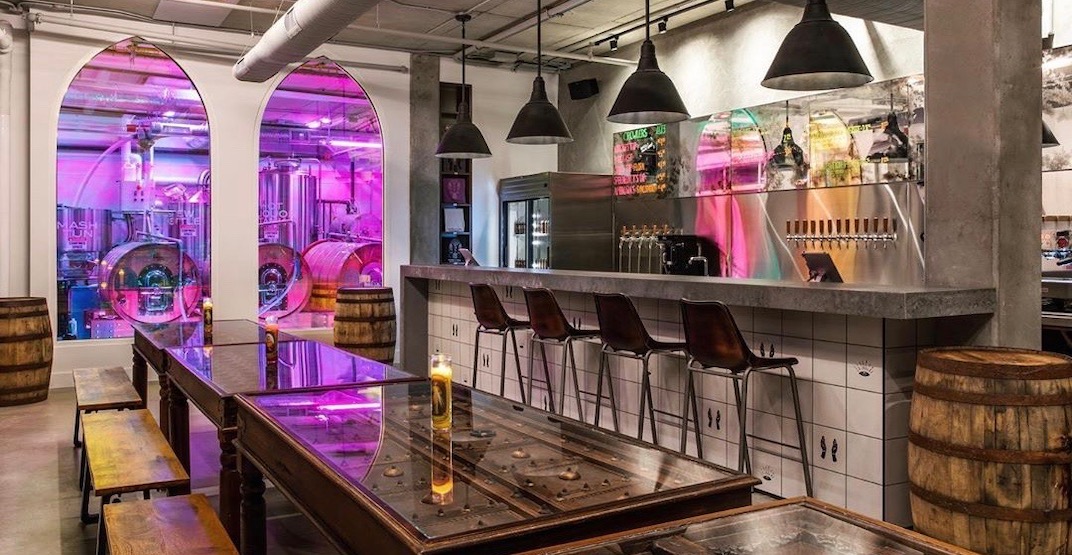 This was another strong year for craft beer in BC. While we’ve seen a definitive slow down in the number of breweries opening within the Greater Vancouver Area, a wealth of new spots have opened across the province, resulting in a number of smaller BC communities having access to some exciting new craft beer.

Well over two dozen breweries were planned to open in 2019, which may not be a record number, but is still a respectable amount. While some have had to push their timetables out to 2020, the vast majority opened with a bang.

Here are all the best BC breweries that opened in 2019.

Finally New West has another brewery to turn to, after five years of a stellar performance from Steel & Oak. If early signs are any indication, then New West is spoiled with good beer, as ABC has already won an award for their Tactical Turtleneck Oatmeal Stout.

Container Brewing joined the jam-packed East Van neighbourhood when it opened in November.

Technically the first brewery to open in the City of Langley, you can find this brewery and its patio next to the Cascades Casino. They have started off with three core beers, IPA, Pilsner, and what they call an “Everyday Ale.”

House of Funk may be the most Instagram-friendly brewery that opened this year. With a creative design and beers that run the full spectrum of colour, they’ve definitely made an early impression on drinkers. Not to mention they had a slushy beer at this year’s Vancouver Craft Beer Week.

Comox has a surprisingly high concentration of breweries, with New Tradition joining the scene this past August. Fun fact: They are steps away from the former Lorne Hotel, BC’s oldest licensed drinking establishment. Along with their beer, they serve delicious Aussie meat pies and a selection of grilled sandwiches.

Rustic Reel has the distinction of being one of the few female-founded breweries in the province, something we should definitely encourage more of! People visiting the brewery can fill their growlers, stay and eat, or shop a variety of handcrafted items in their in-house marketplace, created and produced by companies throughout the Okanagan.

Yes, another brewery to add to North Van’s brewery district. Their tasting room may be small, but they’ve already been collaborating with other newcomers like House of Funk, so expect to see some interesting things.

Another brewery comes to Brewer’s Row, solidifying Port Moody as one of the most convenient spots to drink in Vancouver. They’re also off to a strong start, winning bronze for their Cold Steeped Irish Stout at this year’s BC Beer Awards.

Victoria’s most recent brewery comes with some pedigree behind it. The brewery is founded by a team that includes brewer Matt West-Patrick, formerly of Spinnakers Brewpub. They are making some interesting beer, as evidenced by their bronze medal for their Gulagubben, a Scandinavian Golden Ale.