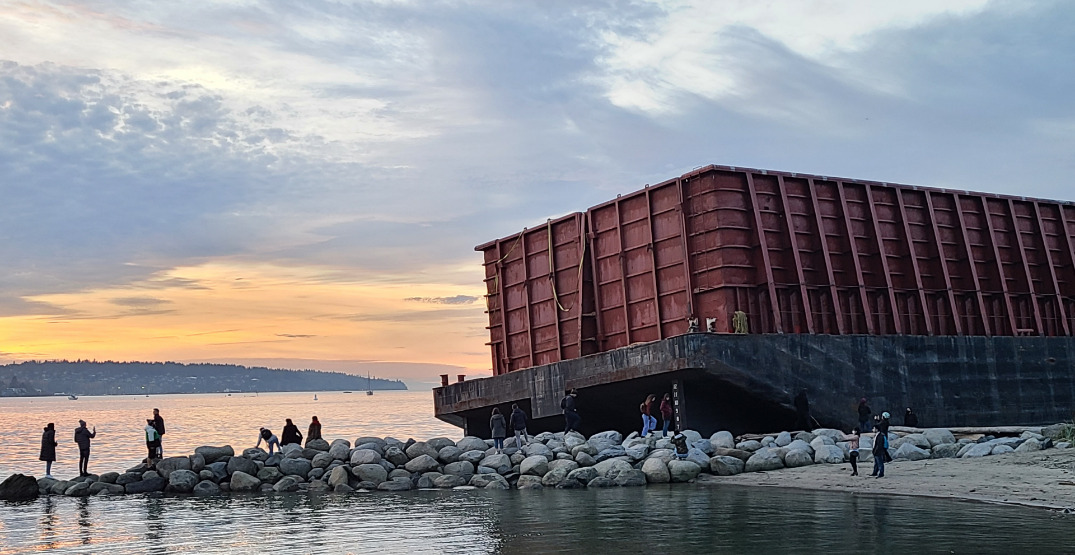 Vancouver’s newest tourist attraction, the Sunset Beach barge, has become a landmark of joy for people in the city. However, that joy may soon be coming to an end.

Initially scheduled to be moved on November 18, the barge will now likely be moved in the first week of December.

Transport Canada will be leading the effort in collaboration with Sentry Marine Group, the Canadian Coast Guard and the City of Vancouver, weather conditions permitting.

Plans are currently being developed in order to ensure that the barge will be moved in a safe manner. Sentry Marine, the group who owns the barge, will be drafting those plans.

“This plan will include specific details, such as a survey of the barge’s hull and any repairs that are required, before it can be refloated safely,” Transport Canada said in a statement.

“We remain in contact with the City of Vancouver, the Canadian Coast Guard and the Vancouver Fraser Port Authority on this matter.”

Meanwhile, the City of Vancouver is asking the public to keep a safe distance from the barge as a precaution,  and to abide by signage and barriers in the area. Security is on site 24/7. 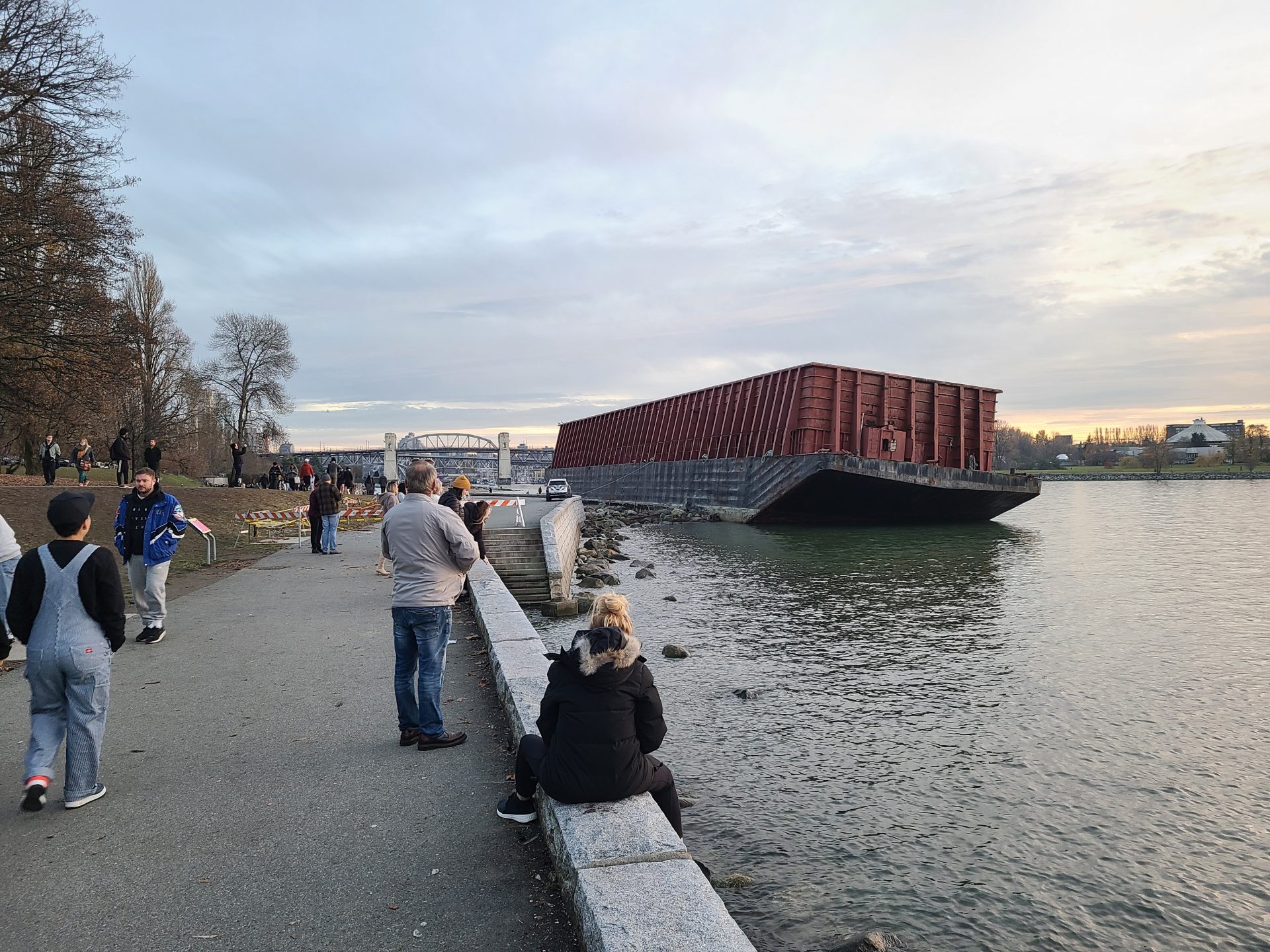 The now famous barge first collided with Sunset Beach on November 15, with stormy weather and heavy winds being the culprit.

Later that night, the barge forced the closure of the Burrard Bridge due to fears that the barge would actually drift and collide with it. The bridge was reopened the next day due to weather conditions calming down.

It was then announced that the barge would be moved on November 18, but that was rescheduled to November 21 due to crews being tied up with more pressing recovery efforts. November 21 was set as the date due to it coinciding with a high tide.

The next king tide is set to take place on December 6 which is likely when the barge will be moved, barring any other crazy weather events in the region. 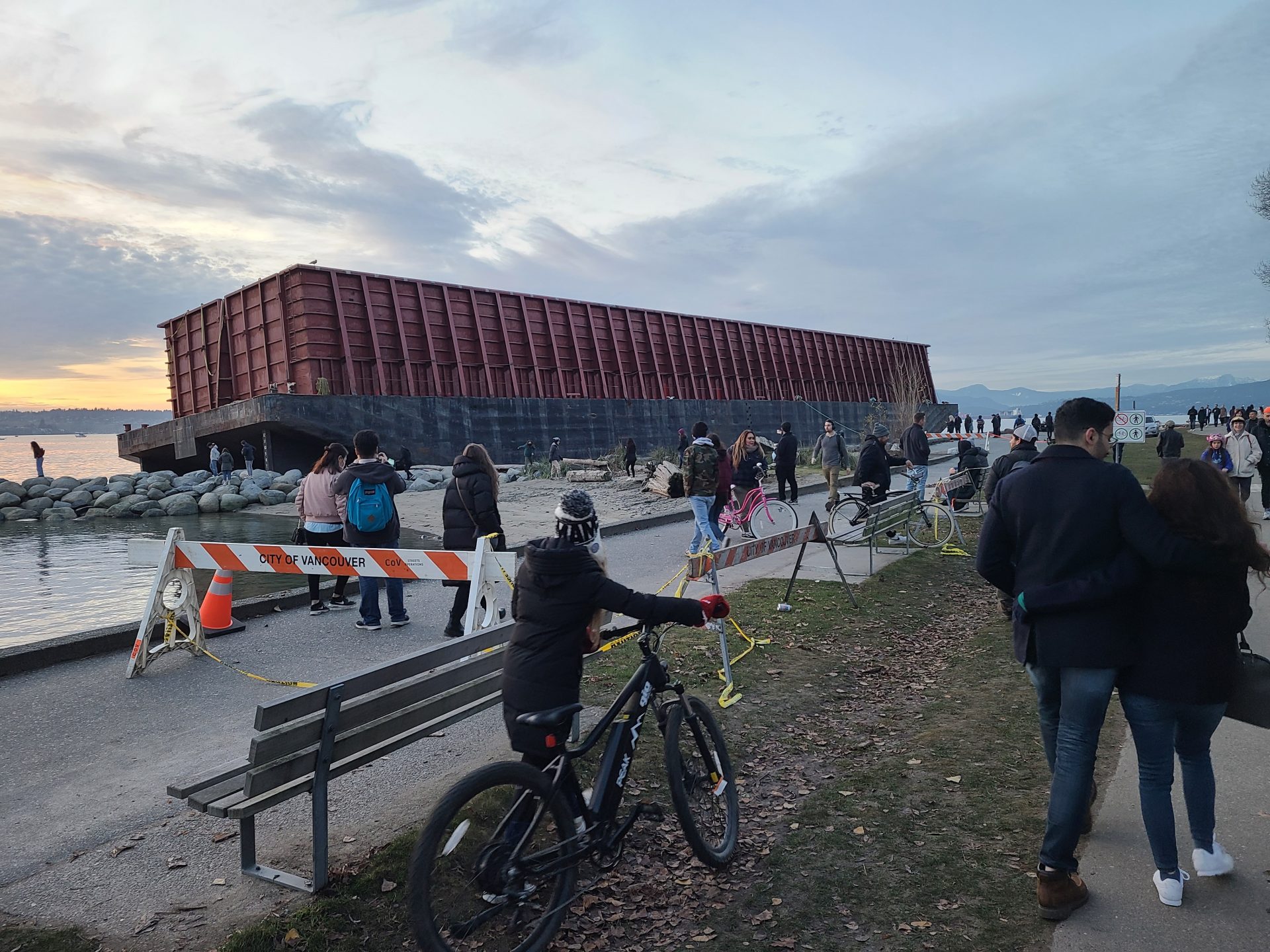 The barge has become a phenomenon in Vancouver. Crowds of people have flocked to  Sunset Beach to take pictures of it, possibly to edit into memes to sell as NFTs.

Daily Hive has reached out to Sentry Marine Group for the latest on barge refloating efforts.