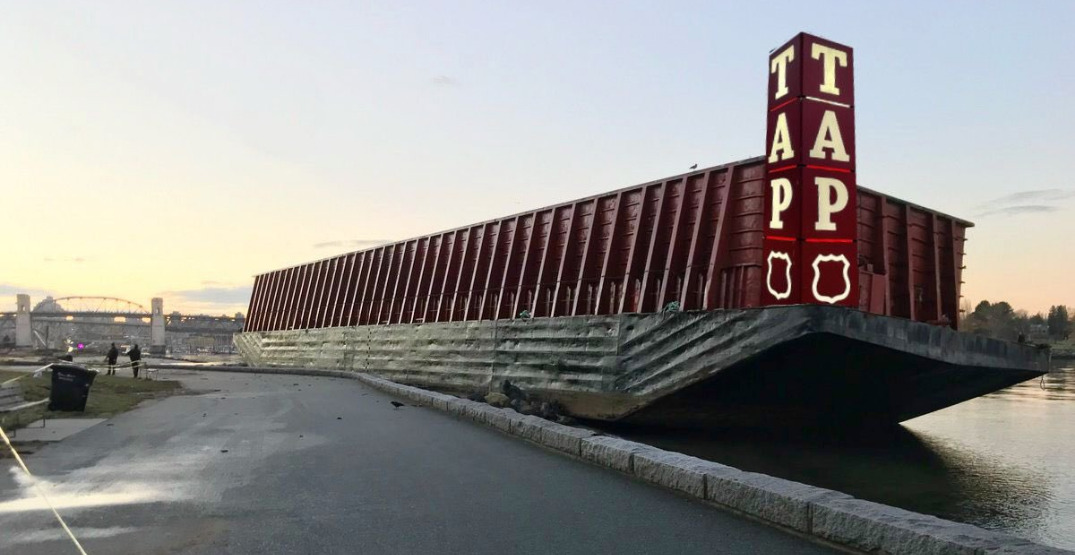 One of the more bizarre things to come of the BC storm this week was the stray, unmoored barge that found itself washed up on along Sunset Beach in Vancouver.

Now the barge has multiple Twitter accounts, but one seems to be pulling ahead of the other in terms of popularity.

One of them is also hoping to become the next mayor of Vancouver, although the odds of that seem unlikely.

The two Twitter accounts in question are @BargeBay and @EnglishBayBarge, but they both claim to be the English Bay Barge.

@EnglishBayBarge has been particularly sassy.

Hey @BCFerries if you need a spare, I’m available. Could be The Queen of The West End. And I realize there are a lot of queens in The West End. pic.twitter.com/X5iHmSv6ak

Their profile reads, “I will not be controlled. Free-spirited barge.” They’ve also gotten slightly political.

Meanwhile, @BargeBay has been a little more quiet and hasn’t tweeted as much.

Yes it is I that closed your beloved Burrard Street Bridge.

Could the barge be the new hip Vancouver spot? Only time will tell.

Tap and Barrel is always taking up the prime waterfront locations around Vancouver, damn franchises! 🤣 pic.twitter.com/itSS3qqScC

On Monday night, the barge forced the closure of the Burrard Street Bridge due to fears that it would come loose and collide with it.

Why she gotta be like that?
Why did Burrard Bridge shut down on me when I just wanted to talk to her?
Dating in this city is hard. pic.twitter.com/N3LvpXJb62

The barge has offered some much-needed levity in a very stressful time for many British Columbians.

The #Bargemageddon isn’t the first time we’ve had a barge on #vancouver waterfront.#mcbarge still needs a home. pic.twitter.com/0DtaJS6d2U