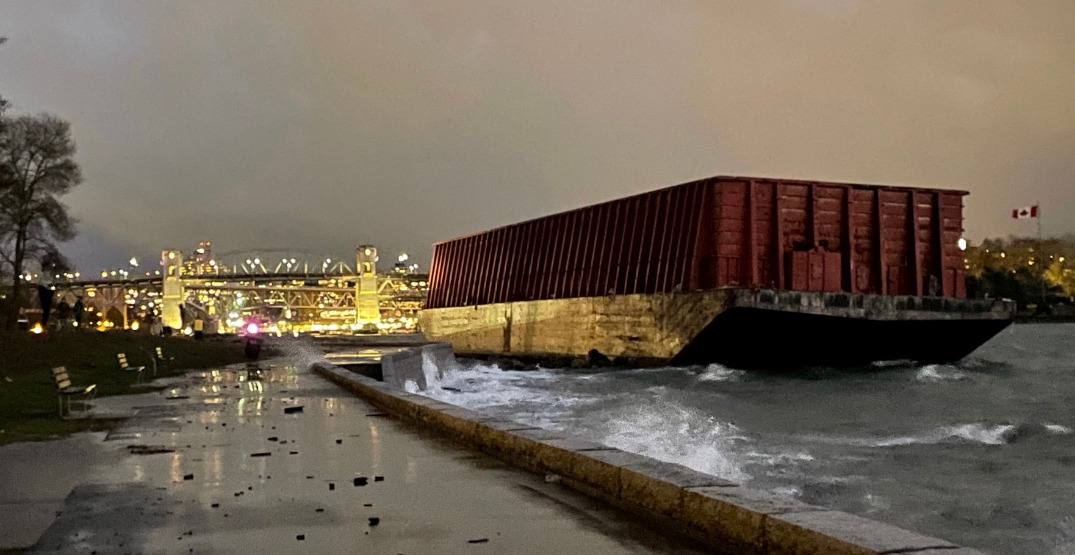 The stray barge that has been floating around English Bay and Sunset Beach has now forced the closure of the Burrard Street Bridge.

Vancouver City officials and Vancouver Police suggest that the closure was due to risk of the barge crashing into the bridge.

VPD and the City of Vancouver took to social media to share the news.

While the barge is still currently beached along English Bay, officials are closing the Burrard Bridge as a precautionary measure.

As a precaution crews will be closing Burrard Bridge at 7pm due to the risk of the barge at Sunset Beach coming loose and colliding with the bridge. We’re working with @PortVancouver @CoastGuardCAN to assess the ongoing risk. Plans are underway to tow the barge off the shore. pic.twitter.com/NfwoIMnHFn

Vancouver Police are advising commuters to use an alternate route.

The City of Vancouver also said in a tweet that there will be an attempt to remove the barge during high tide on Tuesday afternoon. They are currently working on safety measures with the Port of Vancouver, and the Canadian Coast Guard.