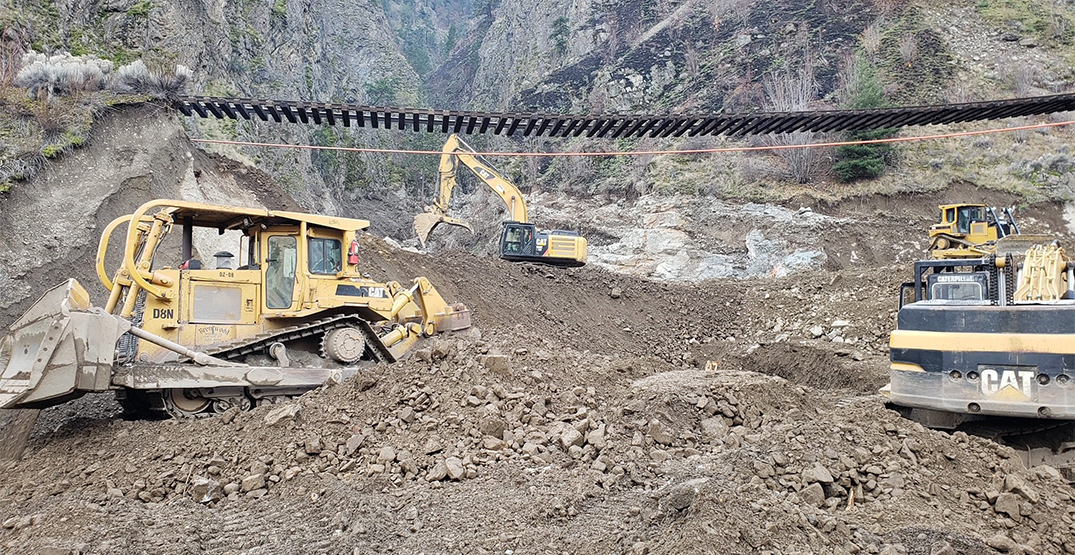 Repairs at Tank Hill on the Trans Canada Highway in BC. (BC Ministry of Transportation/Flickr)

Both Canadian National and Canadian Pacific’s railway lines should be operating again in BC by next week, which is welcome news for many communities in the province cut off from essential supplies.

Officials confirmed at a news conference Friday that CP will resume shipments Tuesday, and a spokesperson for CN confirmed its rail line between Kamloops and Vancouver will reopen to limited traffic on Wednesday.

“The ability to move essential goods by rail is a key development not only for for BC but for rest of Canada,” Transportation Minister Rob Fleming said.

Once both rail lines are up and running, they’ll be operating 24 hours per day to deal with the backlog.

At the same time, BC has been bringing in fuel from the US on barges to help drivers fill their tanks in gasoline-strapped southern BC.

Damage to highways and rail lines in BC during a record-breaking atmospheric river last weekend choked supply lines and caused groceries and fuel to run out in several BC communities.

The province introduced gas rationing on Friday, limiting residents to only filling up 30 litres of fuel at a time.