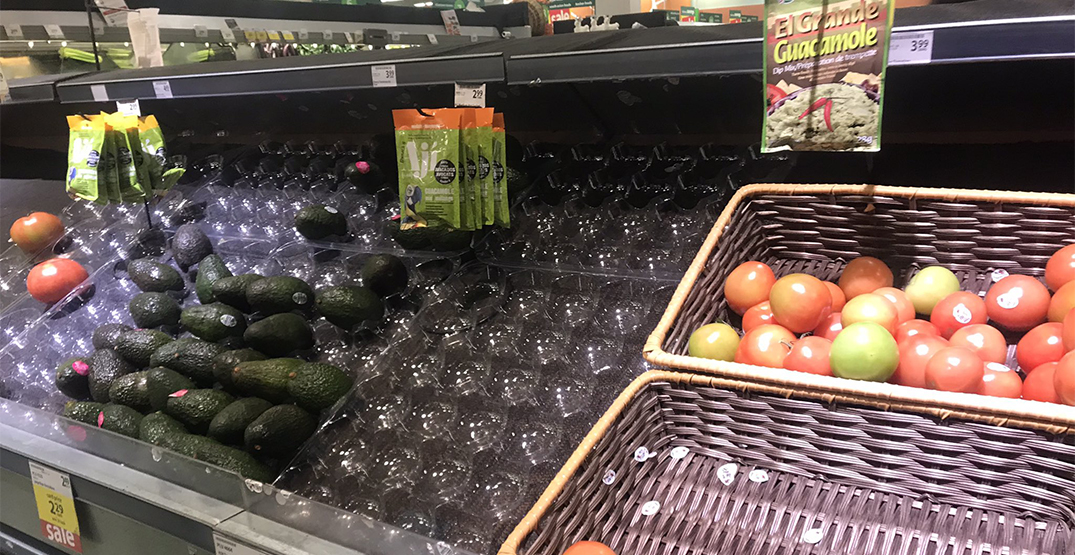 Many shoppers in British Columbia’s Fraser Valley and Interior were met with empty shelves at grocery stores Wednesday as flooding and washouts cut communities off from the Lower Mainland for the third day straight.

Chilliwack is cut off from Metro Vancouver because of massive flooding in Abbotsford on Highway 1, and washouts along the same highway, cutting it off from Hope.

All roads out of Chilliwack flooded or rock slides. Grocery stores are getting raided. pic.twitter.com/COcl4ou729

Stores in non-evacuated parts of Abbotsford were also running low.

Ran to HighStreet Walmart in Abbotsford because I thought it may be getting though due [email protected] the large shopping that couldn’t happen at Costco, evacuation order. Shocked. Many empty shelves. pic.twitter.com/l5KSLde2AE

Hope, which is currently isolated because all roads leading to the community are washed out or blocked by mudslides, is also hosting approximately 1,200 stranded travellers — about a sixth of its population.

Drivers have been sleeping in their cars, but food is running out at grocery stores and local gas stations. 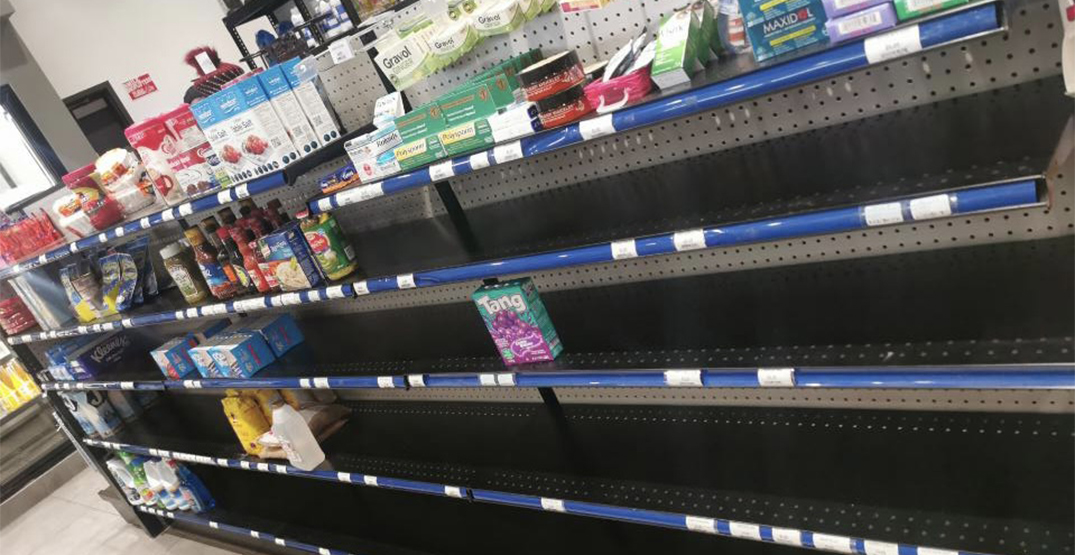 Further north in Kamloops and 100 Mile House, store shelves are also getting emptied.

Some locals say individual farms or butcher shops may still have supply, and at least one small dairy producer, Creekside Cheese and Creamery in Agassiz, said staff are working to pasteurize extra milk for its farm stand.

Closed highways and washed out railways are threatening to choke supply chains in BC. Port of Vancouver spokesperson Matti Polychronis told Daily Hive that no rail traffic can travel between Vancouver and Kamloops because of damaged rail lines. There’s no timeframe yet for reopening.

BC Trucking Association’s president and CEO, Dave Earle, said that usually there are 100,000 transport trucks on the road on any given day in BC, but right now there are no highways open to connect the Lower Mainland with the BC Interior.

He was confident that supply chain experts would find a way to deliver goods, but it would take longer and cost more money than usual.

In the meantime, he urged people not to panic-buy or hoard groceries.

“Those aerial shots we’ve seen from the ministry. They’re extraordinary. There’s big infrastructure damage,” Earle said. “When will it reopen, this week? Five weeks? Nobody knows.”