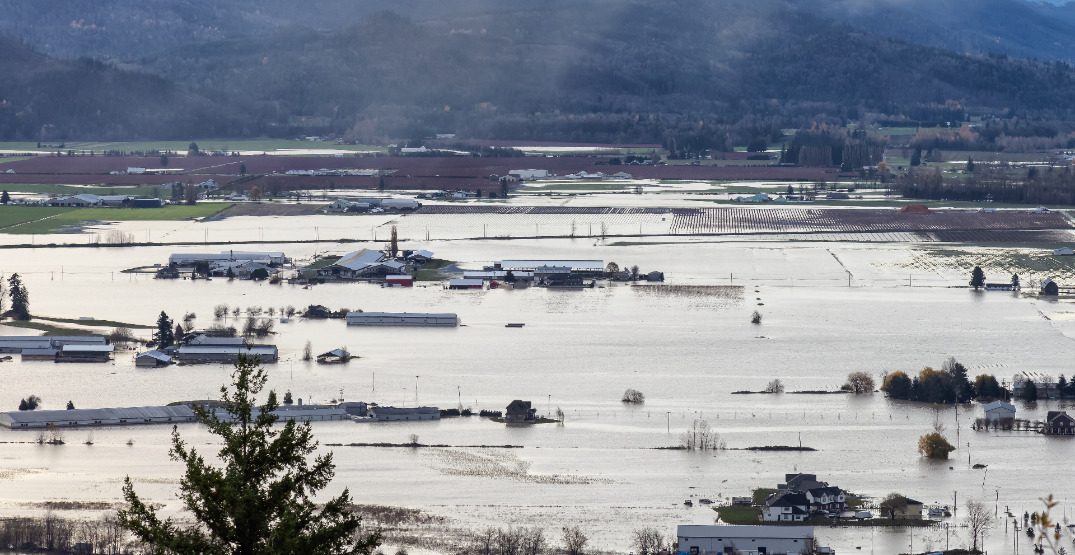 As BC is facing down the barrel of another atmospheric river, the effects of climate change, as well as the impact it has had on the province, cannot be ignored.

Many climate experts around the world have pointed to climate change as being behind extreme weather events, including this past summer’s heat dome.

According to a local expert, the weather events that have led to the devastation of many parts of BC are going to become more common and more prolonged.

While some might be tired of hearing about climate change, 2021 might be the clearest example of how it can influence weather events close to home.

It began this summer with the fatal heat dome that broke temperature records and led to damaging wildfires that destroyed areas of the province.

Tim Takaro is a Simon Fraser University professor in the Faculty of Health Sciences. In a conversation with Daily Hive, Takaro provided some insight into how climate change has influenced the intensity and severity of events like the atmospheric river that has led to widespread flooding in the province.

“In this part of the world, they are caused by warming waters in the South Pacific. These atmospheric rivers are dense and carry more water than the largest river systems,” said Takaro.

“When they hit a vulnerable area (e.g., in a place like BC with saturated soils, deforested and burned land areas on steep slopes), the results can be catastrophic. Atmospheric rivers are increasing in frequency and intensity driven, by climate change.”

People in BC are resilient. We’ve looked out for each other through wildfires and floods – not to mention a global pandemic.

But there’s no question: climate change means more frequent weather extremes. We must continue urgent climate action to protect us now and in the future. pic.twitter.com/UuKiWOwucf

When asked if these types of events would become more severe as time goes on, Takaro had some bad news, but also offered a silver lining.

“Until we reverse the warming, this is true. It is critical, especially so for future generations, that we reverse the trend in GHG emissions now. With such reductions, we can reduce risk of these events in the future.”

According to Takaro, the main roadblock that is preventing action at the present time is a lack of leadership and political will.

In terms of realistic ways we could alleviate the impacts of climate change, Takaro suggested we meet and exceed current GHG reduction goals set forth in the 2015 Paris accord.