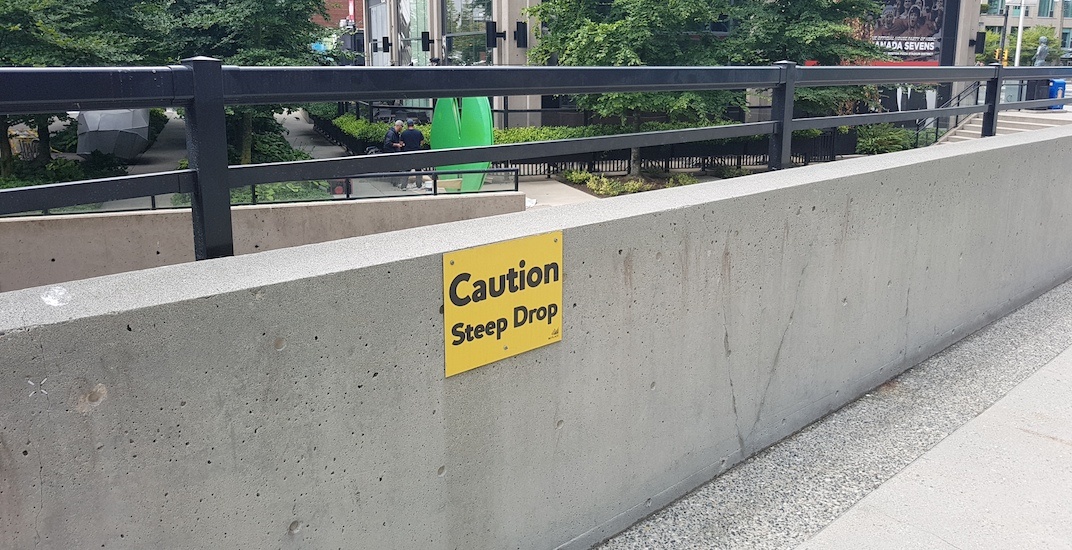 New safety railings have been installed around the perimeter concrete ledge of the public plaza area on the northern side of BC Place Stadium.

The railings add to the height of the concrete ledge that protects spectators and animals from falling off the elevated perimeter plaza area, near Terry Fox Plaza, and onto Expo Boulevard – a drop of about three storeys.

These black-coloured metal railings add to the height of the concrete ledges, which are only about four-feet-tall.

Installed earlier in the year, they have replaced the temporary fencing that was in place. 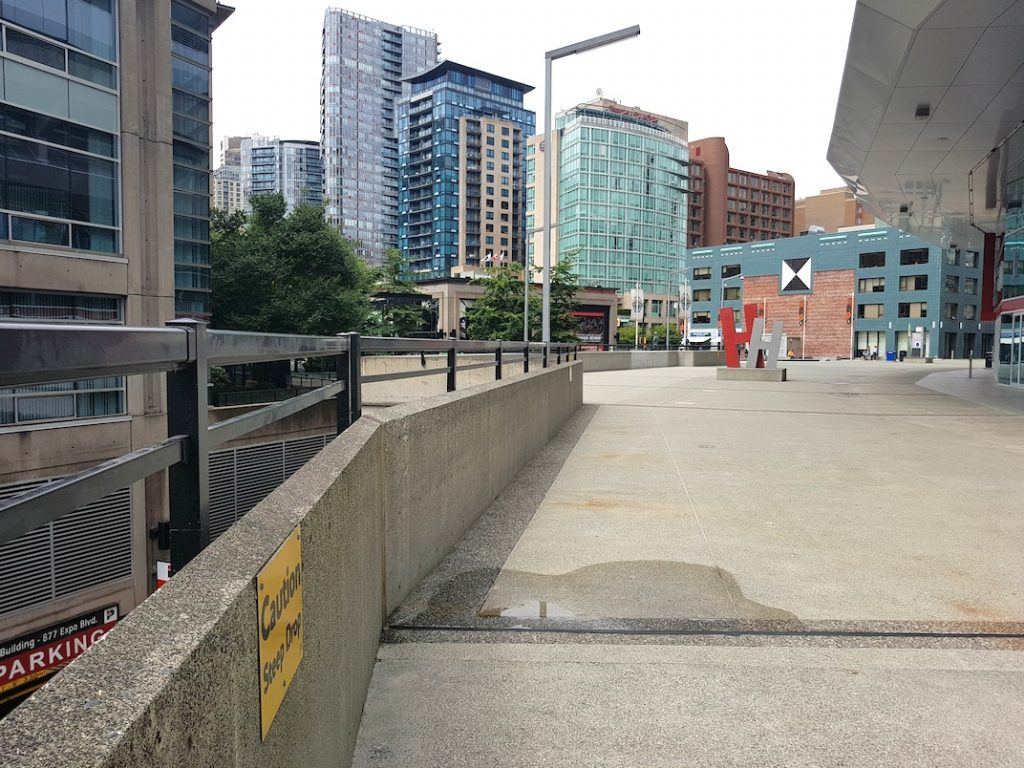 “The perimeter railing provides an additional level of public safety for crowd management. It is also an added deterrent for potential issues with unleashed pets on the surrounding plazas,” Jinny Wu, a spokesperson for Pavco, the provincial crown corporation that operates BC Place, told Daily Hive.

Earlier in the decade, the short height of the concrete ledges drew much public attention after four off-leash dogs jumped over the ledges. In the separate incidents, three dogs died while one other dog suffered serious injuries.

The years-long temporary fencing was installed after the incidents. 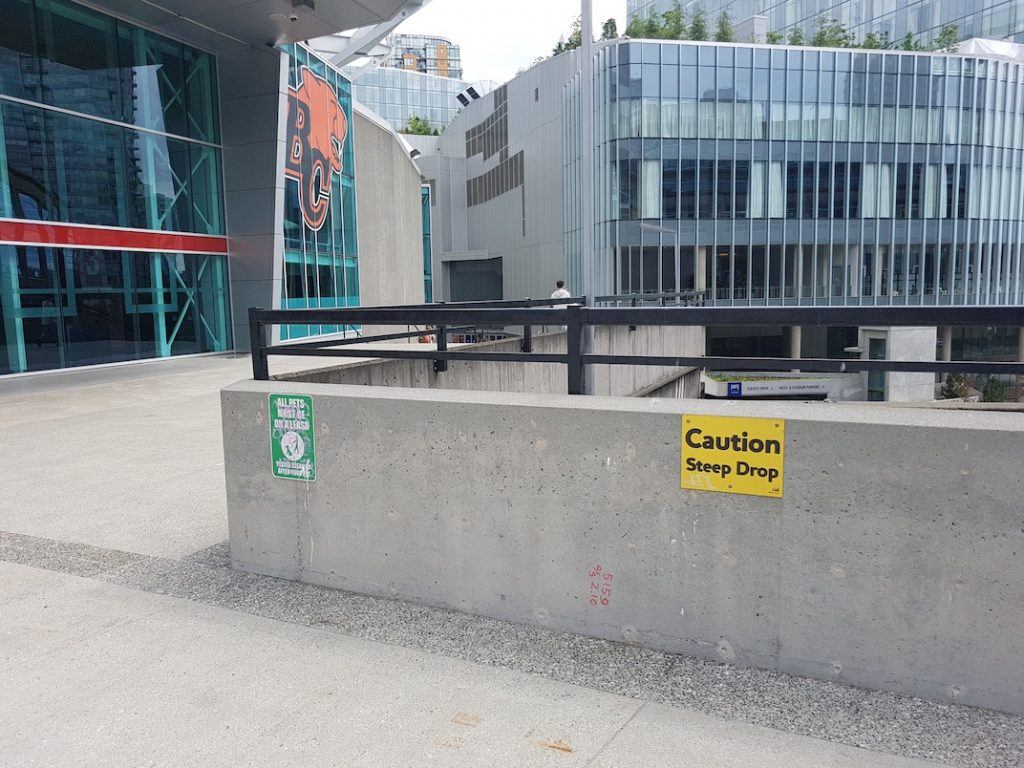