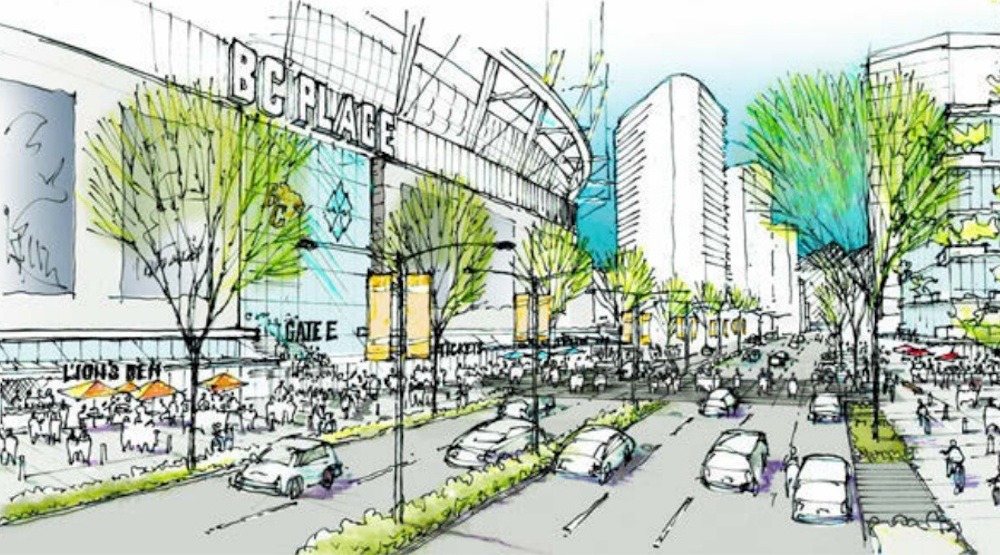 BC Place could be set for an extensive facelift, as part of the City of Vancouver’s draft area plan for Northeast False Creek.

As part of the area’s proposed transformation into a vibrant events and entertainment district, there is a plan to redesign the stadium’s exterior along Pacific Boulevard.

The facelift will feature new exterior cladding, a new street-level and central access gate entrance that provides a direct entry to the stadium’s field level, and the addition of shops and restaurants along the base of the stadium.

Currently, the base is used as office spaces for both BC Place and the BC Lions.

Two existing pedestrian overpasses over the boulevard will also be demolished and replaced with a new wide, ground-level pedestrian crossing that will link the stadium with a new public space planned for the Plaza of Nations redevelopment directly across the street.

A spokesperson for Pavco, the provincial crown corporation that operates the stadium, said it is a partner in the draft area plan and “is pleased to be engaged in the process.” However, it should be noted that the exterior renovation plans are being proposed by the City, not by Pavco.

Additionally, the plan calls for a tower on a small BC Place parking space at the northwest corner of Pacific Boulevard and the future West Georgia Street extension, where Griffths Way is currently located.

The tower would be a Pavco project and could reach a permissible height of 425 ft to create an “iconic intersection” at Pacific Boulevard and West Georgia Street. 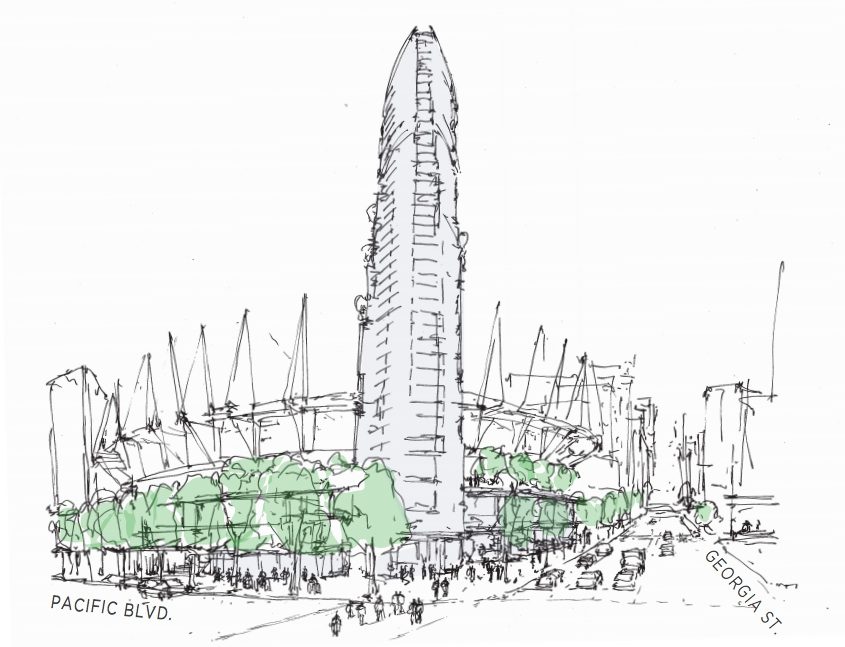 Preliminary conceptual artistic rendering of a tower at BC Place on the northwest corner of Pacific Boulevard and West Georgia Street. (City of Vancouver)

At the start of the decade, BC Place Stadium underwent a $514-million renovation that involved the construction of a new retractable roof, new seats, videoboard, and improved spectator amenities.

Some minor changes have been made to the western end of the stadium recently to accommodate the $535-million Parq Vancouver urban casino hotel resort, which opens later this year.