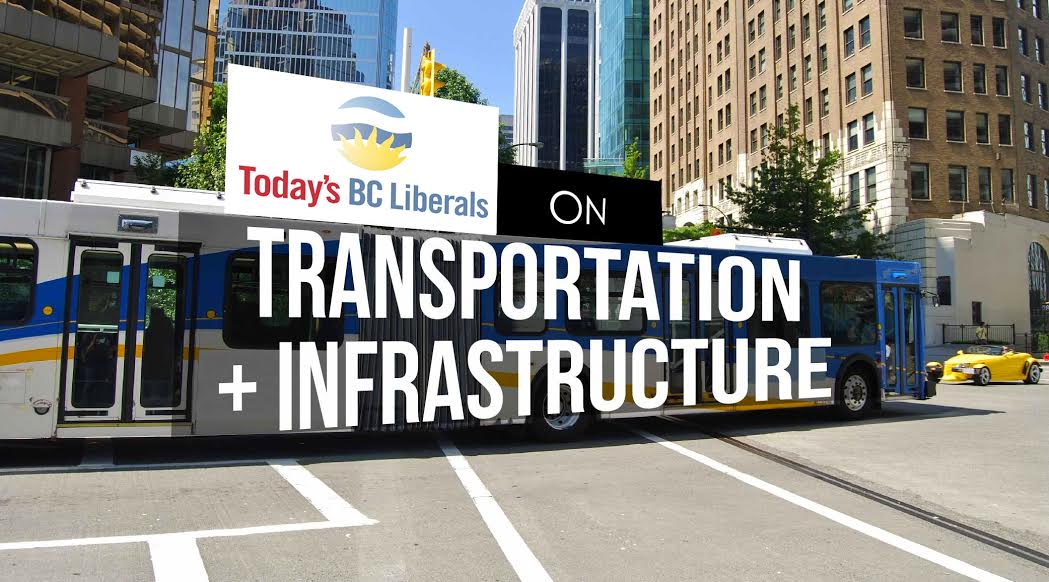 Metro Vancouver’s growing transportation issues are only second to housing affordability–or lack thereof–in terms of issues that concern many voters.

Ahead of the BC Election on May 9, all three parties have their own plan to address the region’s public transit and infrastructure issues. Here’s what the BC Liberals told Daily Hive about their plan.

“We believe in public transit… Today’s BC Liberals are the only party with a track record and plan to invest in transit and infrastructure around the province.”

Support for only some of Mayors’ Council plan

The BC Liberals say they will support elements, certain phases, of the Mayors’ Council’s 10-year master plan for expanding transit and road infrastructure in Metro Vancouver.

To match the federal government’s recent commitment of funding 40% of the total costs of Phase 2 projects, the party will also commit to covering 40% of the total construction cost of two major transit projects: the underground SkyTrain extension of the Millennium Line under Broadway in Vancouver and the new light rail transit system in Surrey. Committed provincial funding for both projects combined is $2.2 billion.

“Our vision is to build communities connected by transit, with affordable housing, leaving a smaller environmental footprint,” reads the BC Liberals platform. “This will make sure Metro Vancouver grows in a way that limits congestion, cuts emissions, and gives you more time with your family.”

However, there are no commitments to the Mayors’ Council requests for provincial funding for the four-lane Pattullo Bridge replacement, further SkyTrain station upgrades, and additional train cars.

BC Transit is already studying the feasibility of operating a transit bus service along the Sea to Sky Corridor – between Vancouver, Squamish, and Whistler.

The BC Liberals platform promises to implement this bus service and study the possibility of operating a commuter rail service through the Corridor to Vancouver.

If elected, the BC Liberals would limit bridge tolls to $500 per year for commuters using the Port Mann Bridge and Golden Ears Bridge, as well as the future new crossings to replace the Pattullo Bridge and George Massey Tunnel.

As well, at a cost of $3.5-billion, the BC Liberals would make the new 10-lane tolled bridge replacement of the George Massey Tunnel their largest transportation infrastructure project investment in Metro Vancouver.

The BC Liberals are also planning major highway improvements for the north end of the Ironworkers Memorial Bridge in North Vancouver, Highway 1 from 216th and 264th streets in the south of Fraser, and the BC Interior.

The BC Liberals say they would be able to cap BC Ferries fare increases at 1.9%, below the rate of inflation, until the end of the decade.

Under a BC Liberals government, users from ferry dependent communities would get a tax deduction to offset the cost of ferry use, then by 2020 a new loyalty program.

The party also plans on spending $1 million to help boost coverage and reliability of WiFi onboard ferry vessels and within terminal parking lots.

The BC Liberals also say they will advise the federal government to cancel any of its plans to sell Vancouver International Airport or any other BC airport.