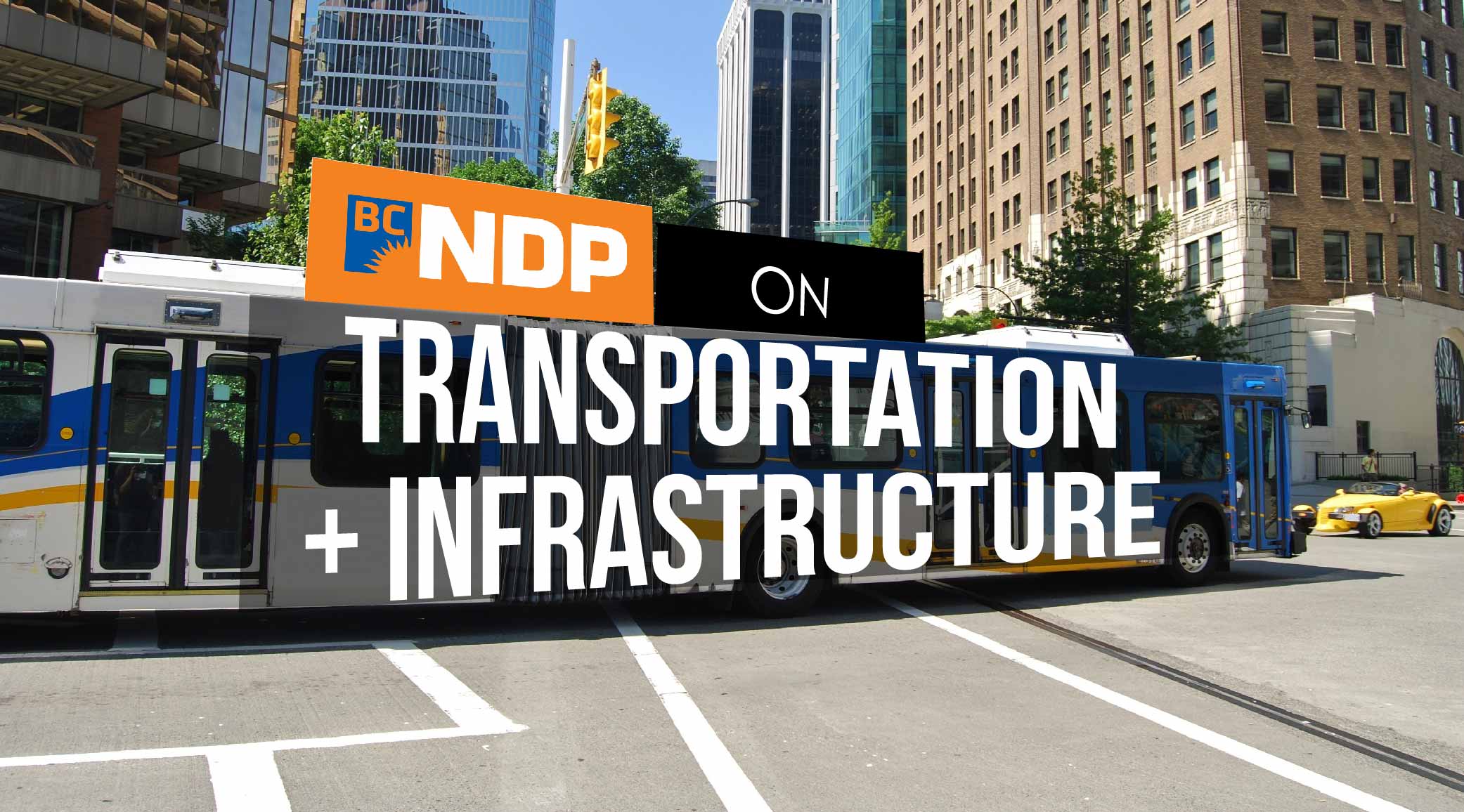 Metro Vancouver’s growing transportation issues are only second to housing affordability in terms of the issues faced by many voters.

Ahead of the BC Election on May 9, all three parties have their own plan to address the region’s public transit and infrastructure issues. Here’s what the BC NDP told Daily Hive about their plan.

The BC NDP would fully support the Mayors’ Council’s 10-year master plan for expanding transit and road infrastructure in Metro Vancouver.

“The plan is essential to growing the region, breaking traffic gridlock, and will create thousands of jobs and fuel economic growth.”

This entails funding 40% of the total construction cost of every phase of the plan, including the underground SkyTrain extension of the Millennium Line under Broadway in Vancouver, the new light rail transit system in Surrey, a new four-lane replacement of the Pattullo Bridge, more bus services, and improved roads.

More than $2.2 billion would be dedicated to the Broadway extension and Surrey LRT projects alone, and another $360 million would be set aside for the province’s share of additional SkyTrain cars and station upgrades.

No tolls on Port Mann and Golden Ears bridges

Road tolls on both the Port Mann Bridge and Golden Ears Bridge would be abolished under the BC NDP.

“Getting rid of tolls will improve use of these major bridges, reduce congestion in other areas and help many commuters get to and from work,” reads the BC NDP platform.

“We will work with mayors to develop lasting, effective and fair solutions to Metro Vancouver’s transportation needs that increase the use of public transit, and reduce vehicle trips overall.”

The BC NDP have previously opposed keeping the Sea to Sky Highway untolled, but their platform stops short of enacting any tolls on the key highway to Whistler and Squamish.

There is no mention of the BC Liberals’ $3.5-billion bridge to replace the George Massey Tunnel in the BC NDP platform.

However, in an interview with the Daily Hive editorial team, BC NDP leader John Horgan said he supports the Mayors’ Council plan, which does not include the new bridge.

The BC NDP says it would recognize the BC Ferries system as a part of the province’s highway system.

The party would take measures to restore the seniors’ discount, reduce fares by 15% on secondary routes, freeze fares on major routes, conduct a review of BC Ferries’ cost structures, and “allow BC shipyards to bid competitively on every new ferry built.”

The BC NDP also assert that TransLink’s governance and funding model needs to change so the transit authority can pave its own decision-making path and become more self-reliant.

As well, under the BC NDP, the government-mandated plebiscite/referendum requirement for attaining transit funding would be abolished.