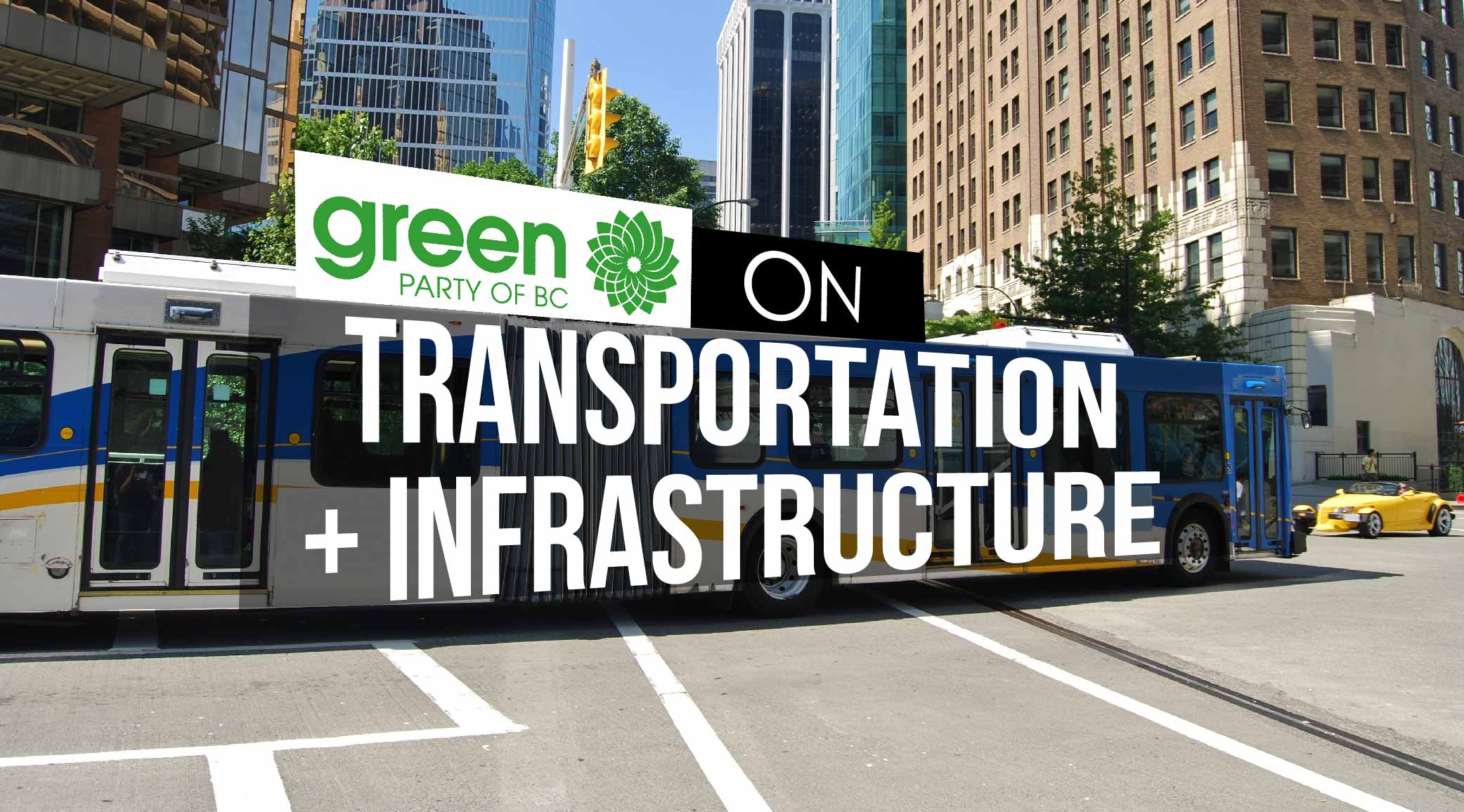 For many voters, when it comes to priorities, Metro Vancouver’s growing transportation issues are second only to housing affordability.

Ahead of the BC Election on May 9, all three parties have their own plan to address the region’s public transit and infrastructure issues. Here’s what the BC Greens told Daily Hive.

“A BC Green government will work with Mayors and municipal leaders across the province to ensure the transit needs of their residents are met.”

If elected, the Green Party says it will mirror the 40% funding share committed by the federal government for the underground SkyTrain extension of the Millennium Line under Broadway in Vancouver and the new light rail transit system in Surrey.

While no specific funding has been allocated towards the replacement crossing for the Pattullo Bridge and the provincial government’s $360-million share towards additional train cars and SkyTrain station upgrades, as a long-term policy the party is promising to match every dollar spent on transit in the region.

A $25-million annual subsidy would be allocated to help keep transit fares low, and a $125-million fund would match what the federal government committed last year for public transit. Both expenditures would be funded by increasing the provincial carbon tax.

No bridge tolls would be abolished

The BC Greens have no plans to abolish any tolls; in fact, tolls on existing crossings would remain, and any newly constructed bridges would be funded by tolls.

Over the longer term, when transit services are further improved and expanded, the party would explore implementing regional mobility pricing, similar to the toll models established by London, Singapore, and Stockholm.

The party would put on hold the controversial plan to replace the George Massey Tunnel with a new 10-lane, $3.5-billion bridge, and reevaluate options for building a new crossing.

One of the party’s largest policy platforms is its plan to return BC Ferries to being a public entity, as a crown corporation. The ferry operator was previously a crown corporation until 2003, when it was reset as a private company with a single shareholder – the provincial government.

This policy shift is based on an intent to stabilize fares and increase service, particularly for communities that depend on the ferries.