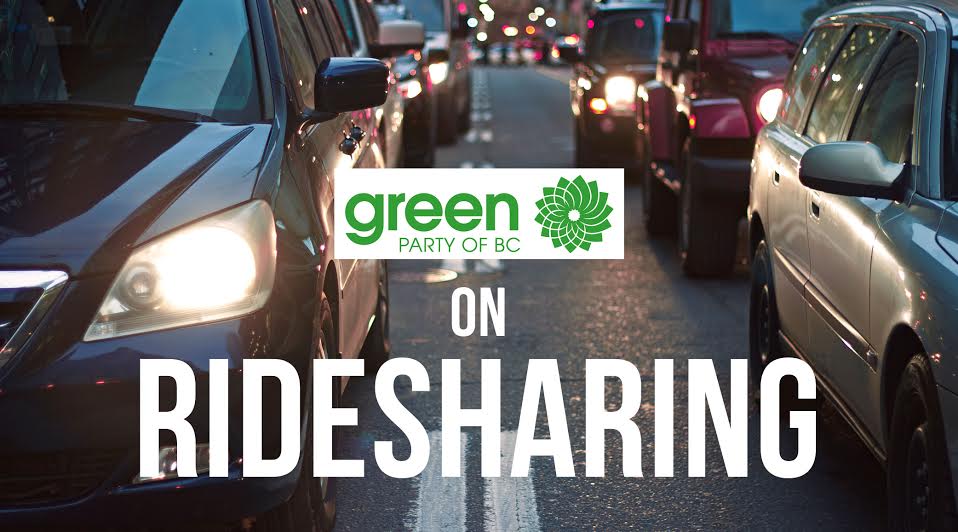 As we get closer to the BC Election on May 9, ridesharing is one of the biggest issues impacting Vancouver.

All three parties have their own plan to deal with the lack of ridesharing services. Here is what the BC Greens told Daily Hive.

“Vancouver is the only major city in North America without ridesharing. There is no reason why BC should be so far behind the rest of the world in adopting this technology. ”

In their platform, the BC Greens have committed to bringing rideshare to BC. But the party has not given too many details about how they are planning to achieve this.

The Greens would establish an Emerging Economy Taskforce to address new technologies, aimed at ensuring BC benefits from them in a safe, responsible and sustainable way.

The taskforce would include business and industry representatives and create a plan for progressive regulations for businesses amid changes in politics, society and the economy.

It would report to the government with its recommendations by July 2018, although it’s likely rideshare could be here before then.

The BC Greens do not give a timeline for rideshare in their platform, but in a sit-down interview with Daily Hive, leader Andrew Weaver said it would likely be this fall.

The party tells Daily Hive that they are “committed to ridesharing legislation at the earliest possible opportunity upon forming government.”