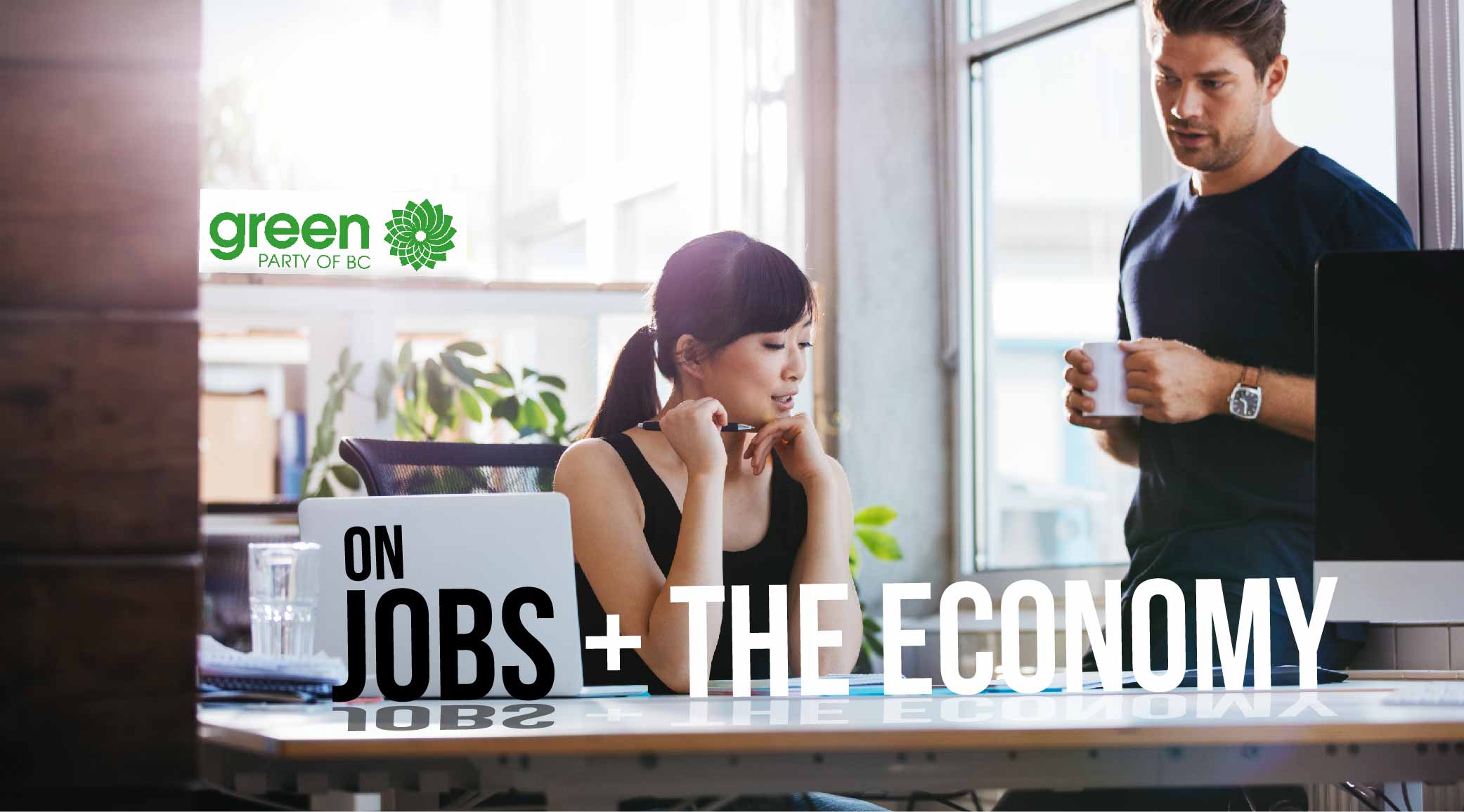 A good economy and well-paying jobs are essential for the prosperity of any province, and BC is certainly no exception heading into the provincial election on May 9.

All three parties have their own jobs plan. Here’s what the BC Greens told Daily Hive about their strategy.

“Our economy is changing. Technological advancement and automation mean that the nature of work is shifting in unprecedented ways.”

“B.C. needs a strong vision and an actionable strategy in order to succeed amidst these rapid changes and seize the available opportunities.”

Approaching taxes in a new way

The BC Green Party says it would work with the federal government to develop a systematic approach to the tax system that is both progressive (i.e. strikes an appropriate balance between wealth redistribution and work incentives) and neutral (i.e. treats similar economic activities in similar ways).

A Green government would simplify the tax system and aim to use it to achieve goals such as greening the economy and promoting entrepreneurship and innovation.

The BC Greens would also modernize labour laws to recognize different types of jobs and varying work schedules.

As well, the party would introduce fairer, more responsive, and more inclusive labour code that aims to contribute to increased competitiveness.

The BC Greens say they would invest up to $20 million per year to support ideation, mentoring and networking at post-secondary institutions in order to promote entrepreneurship, leadership and business skills development.

The party would also provide up to $70 million over four years for qualifying entrepreneurs to leverage seed or angel funding.

The BC Greens plan to invest up to $50 million a year in business incubators, accelerators and affordable space for small and medium-sized enterprises.

Meanwhile, the BC Green would promote collaborations with Canadian and international partners, and invest $35 million in talent over four years to help create, grow and attract companies.

The BC Green are also promising to invest $120 million over four years for partnerships with industry, academic institutions and other levels of government.

The aim of the investment would be to support research, development and the commercialization of climate friendly technologies.

Finally, the party would promote investment in clean energy and transportation, particularly those initiatives that create jobs and economic activity without increasing greenhouse gas emissions.