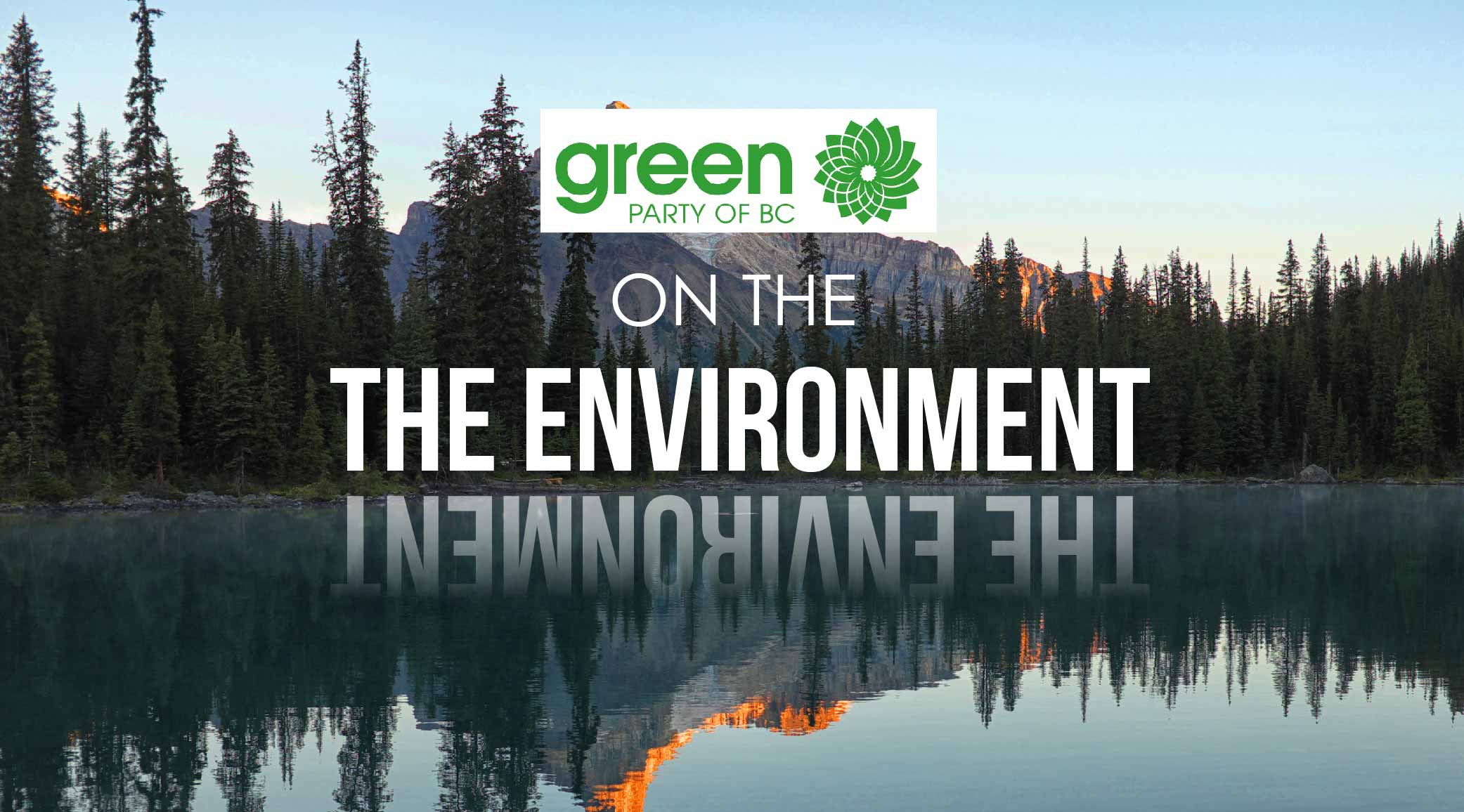 BC is blessed with natural resources and beauty. Naturally, the environment is on the mind of many BC voters heading into the provincial election on May 9.

All three parties have their own environmental plan. Here’s what the BC Greens told Daily Hive about their strategy.

“The BC Greens believe we have a responsibility to take care of our environment so that future generations are not paying for the shortsightedness of previous generations.”

“BC was once a leader in climate action, and proved to the world that introducing a carbon tax was not harmful to the economy.”

The BC Greens say they will introduce a Zero Emissions Vehicle (ZEV) mandate to grow supply of electric vehicles in BC and continue to provide incentives to purchase low or no emission vehicles.

In addition, they would expand the network of electric vehicle charging facilities to enable more-long distance travel.

The party would also introduce distance-based insurance, and transferable licence plates, where the second vehicle is a zero emissions vehicle.

The BC Greens say they also plan to implement congestion and road pricing policies that favour low or zero emission vehicles.

The BC Greens say they would progressively increase the carbon tax by $10 per year for four years beginning January 2018 and extend it to fugitive and vented emissions.

Fugitive sources are emissions from the production, processing, transmission, storage and delivery of fossil fuels not used to generate useful heat or electricity. Oil and natural gas production and transmission, and coal mining are the emitting sectors.

The party would also apply this to slash pile burning projects.

Overall, the BC Greens say they would invest $29 million over four years to enhance the scientific understanding of the effects of climate change in BC.

This money would also be used to support forest carbon management initiatives as part of a greenhouse gas emissions reduction strategy.

The BC Greens say they would develop a BC Old-Growth Forest Inventory aimed at protecting the province’s old-growth forests.

The party would also place further restrictions on the export of raw logs, “while recognizing that raw log exports are a symptom of a struggling value added forest industry and not the cause.”

The BC Greens are aiming to improve the sustainable logging of second-growth forests and say they would introduce polices centred around productive use of forest waste.

The party would also remove PST from machinery and equipment purchased to modernize and upgrade, as well as new investment in sawmills and other value added wood processing.

The BC Greens plan to invest $30 million in the agricultural sector.

The party would introduce new laws to enhance the protection of agricultural land, and increase the proportion of Agricultural Land Reserve (ALR) land in use for agricultural purposes.

The legislation would address property speculation, the use of ALR for non-agricultural uses and the construction of mega-mansions and country estates on ALR.

There is no mention of the Site C dam project or the Kinder Morgan pipeline expansion in the BC Greens platform.

However, in a sit down interview with the Daily Hive editorial team, Weaver said the BC Greens would stop the Site C project if elected.

As well, he said, the BC Greens would oppose the Kinder Morgan pipeline expansion by supporting court cases brought by First Nations against the project.