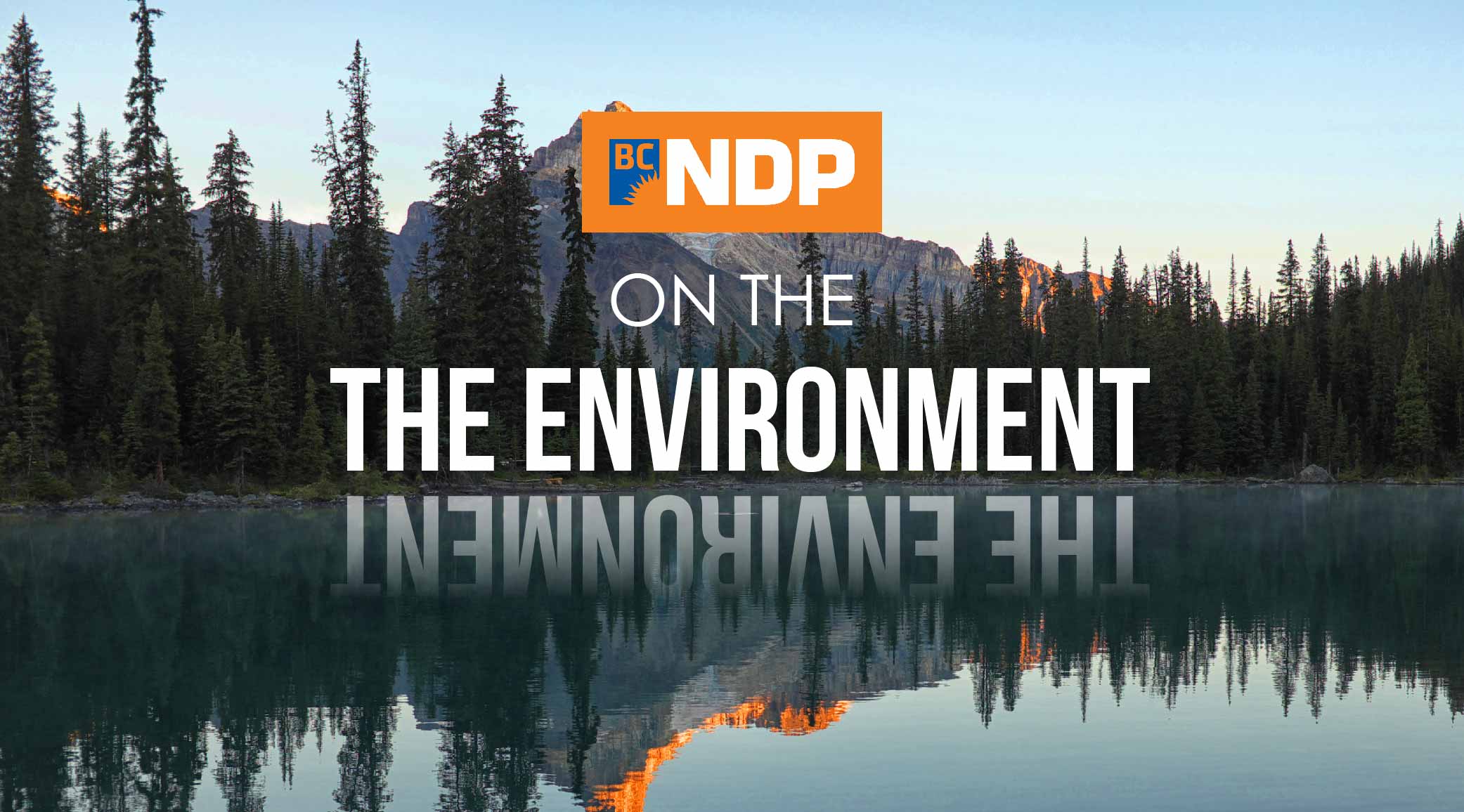 BC is abundant in natural resources and beauty, and the environment is on the mind of many BC voters heading into the provincial election on May 9.

All three parties have their own environmental strategy. Here’s what the BC NDP told Daily Hive about their plan.

“We’ll make environmental decisions you can trust, including updating our environmental assessment legislation and processes, and respecting the rights of First Nations.”

“Protecting the environment and creating jobs go hand in hand… Wildlife viewing, recreational fishing and hunting and other eco-tourism activities add 40,000 jobs to our economy every year.”

The NDP says the Kinder Morgan pipeline expansion through Burnaby Mountain is not in BC’s interest and means a seven-fold increase in tanker traffic.

The party adds that the project doesn’t–and won’t–provide benefits to British Columbia without putting the environment and economy economy at unreasonable risk.

The BC NDP says that if elected, they will “use every tool in our toolbox” to stop the Kinder Morgan project from going ahead.

On carbon tax, the party has promised that when the price goes up to match the federal mandate, they will offer a new climate action rebate to low and middle-income families.

They also say they would phase in the federally mandated $50/tonne carbon price by 2022
over three years, starting in 2020.

The BC NDP would also renew the Climate Leadership panel within their first 100 days, and
work towards implementing their full recommendations.

The party plans to set a new legislated 2030 greenhouse gas emission reduction target of 40% below 2007 levels.

The BC NDP have pledge to bring in an endangered species law, as well as ban the grizzly bear trophy hunt if elected.

The party would also work with the federal government, South Okanagan communities and local First Nations to “create a plan to protect a large number of endangered species.”

The BC NDP also say they plan to increase investment in provincial parks and camping, restoring funding for BC Parks and hiring extra park rangers and conservation officers.

The party says they would build new campsites to “catch up” with current demand and put BC residents “first in line” for campsite bookings.

Finally, the BC NDP says it plans to work with the federal government to improve drinking water quality and keep cancer-causing chemicals out of the water supply.

No mention is made of the Site C dam project in the BC NDP platform, but the party tells Daily Hive they would instruct the BC Utilities Commission to determine independently whether it’s in BC’s interest to continue the project.