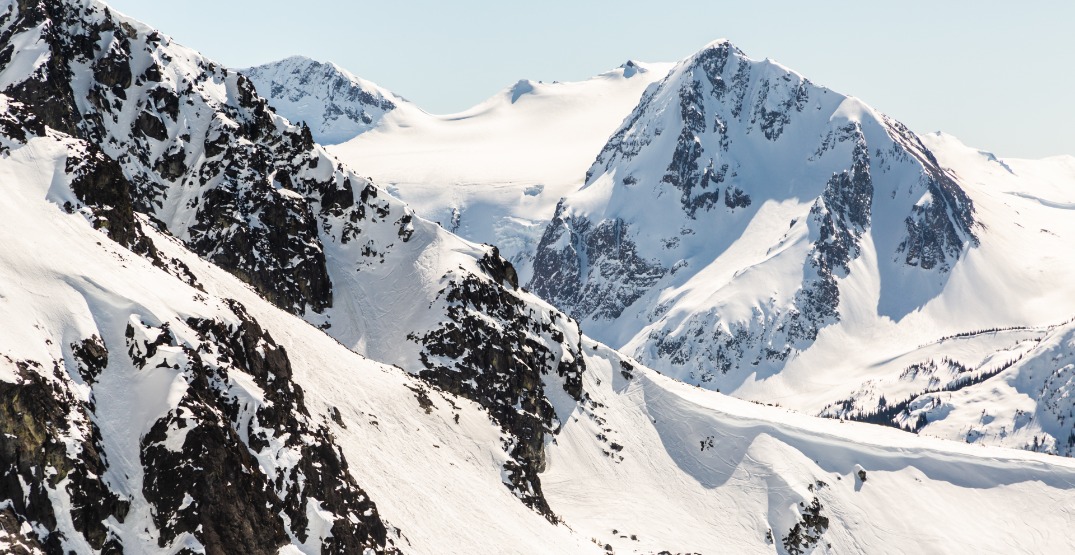 BC’s cold and wet spring season has caused a notable spike in the flood risk for the province, the BC River Forecast Centre reported in its May snow survey.

The centre confirmed the flood risk “increased considerably” due to colder springtime temperatures and delayed snowmelt across the province.

Should a prolonged heat wave strike over the coming months, all that ice could melt, with potential to cause serious flooding. The tremendous amount of rain parts of the province have been seeing isn’t helping either.

“The combination of above normal snow pack, colder April and early May temperatures, delayed melt, and additional precipitation have significantly increased the risk of flooding this spring,” sayd the survey.

“A lengthy cold period with high amounts of precipitation followed by a sudden extreme heat wave could lead to catastrophic conditions, especially if additional rain follows.”

#EmergencyPreparednessWeek – If you’re Flood Smart, you also drive smart – or you don’t drive at all.
During a #BCflood situation, road closures are very possible and driving can be hazardous. Our friends at @PreparedBC have reminders to keep you safe: https://t.co/7sw3st0vtA pic.twitter.com/iPcsDZ1rBG

Jonathan Boyd, a hydrologist with the BC River Forecast Centre, told Daily Hive Vancouver delayed snow melt means snow at high, medium, and low elevations is still frozen. This can be problematic once the sun starts coming out more.

“The big risk is… if some period of hot weather, some version of a heat wave occurs for at least four days but probably getting up to seven or upwards of 10 days of very warm temperatures,” said Boyd.

And on the cold weather, he says, “Throughout BC, temperatures range between from about one and a half to even upwards of four and a half degrees below normal as an average for the whole month.”

“It’s quite considerable, especially in recent years, when we’ve had some pretty warm Aprils,” said Boyd.

He added people living in the Interior should be extra vigilant when it comes to the flood risk.

Those areas include the Upper Fraser East and West, the Nechako River, the North Thompson, and more. 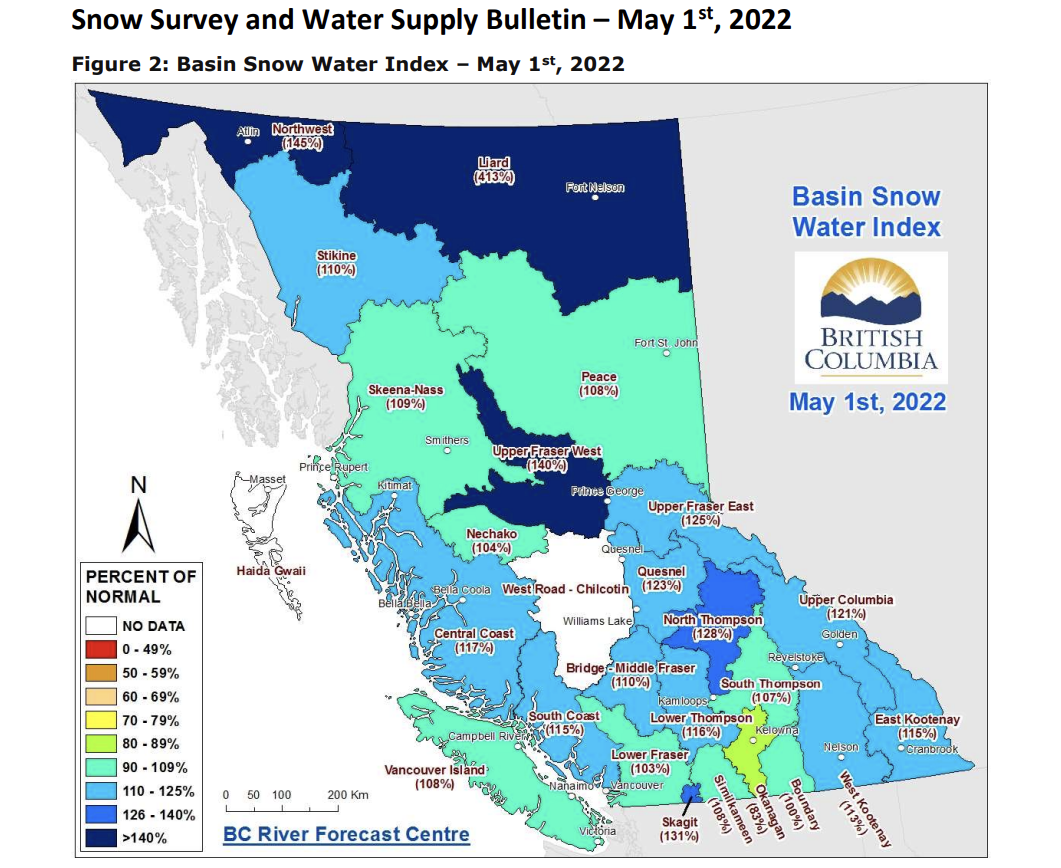 “Areas upstream on the North Thompson like McBride and Blue River, Clearwater, it’s at 128% of normal up from 119% on April 1, and that’s actually the highest it’s been since 1999 … when the snowpack was just dramatically high in most areas of the province,” he said.

So far, he and his team haven’t seen any indicators of a heat wave or dome coming anytime soon, fortunately.

In the meantime, there are still high streamflow advisories and a threat of localized flooding in some parts of the province, adding even more fluid to the waterways.

There are high streamflow advisories and a threat of localized flooding in some regions of BC. If you live or work in an area where there is a risk of flooding, take the right steps to ensure your safety before, during and after a flood occurs: https://t.co/pQUdIaR9Fm #BCFlood pic.twitter.com/NPeBMz8HqX

There was some weird weather last month, too, with hail and snow falling on various parts of the city in mid-April.

Looking ahead, the centre said in its May survey, “weather conditions from May through June determine the timing, magnitude, and rate of snow melt, where heavy rainfall events can exacerbate snowmelt-driven flows.”

This early May snow pack is still looking pretty good on the east side of the Presidential Range. This is Hillmans Highway early afternoon. pic.twitter.com/JxdJDSmK22

BC has already had to face challenge after challenge while dealing with weather over past years, from floods to mudslides and wildfires.

The last major floods to hit the province in 2021 also eroded riverbanks and channels so much, they became more vulnerable to flooding at lower levels. They also absolutely devastated parts of Abbotsford in the Lower Mainland.

Areas recently disturbed by wildfires are more likely to have higher peak snow cap flows too, the BC River Forecast Centre said.

What all of this means for upcoming flood season remains to be seen. However, it’s important to note that flooding is a risk in BC every year.

The next snow survey from the BC Forecast River Centre will be released mid-May.

“The numbers might end up dramatic, and the reason for that is I think the snow melt will be delayed at least up to May 15, so that means the numbers relative to normal could end up being even higher, and it won’t necessarily mean we’ve added to the snowpack, per se,” said Boyd.

“It’ll just mean we’re even further delayed in terms of the melt.”