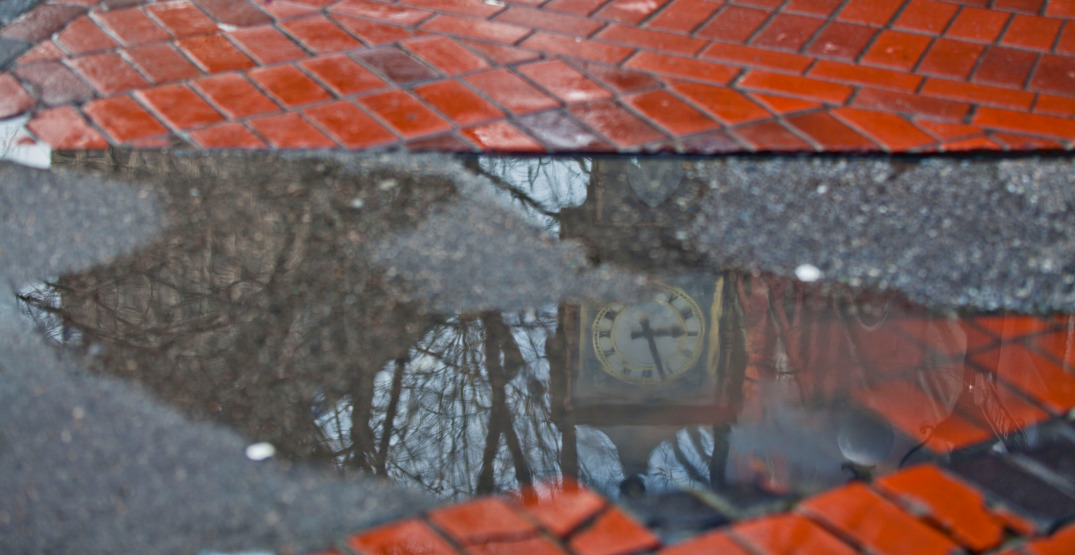 The most Vancouver picture ever. (Hide Matsui/Shutterstock)

Aptly hailed by some as Raincouver, Vancouver could be hit with a month’s worth of rain just this week, according to The Weather Network.

April was a particularly rainy month for BC, with some regions, including Nanaimo and Victoria, reaching record-breaking precipitation levels. Nanaimo broke a record, while Victoria had its fifth rainiest April ever.

The Weather Network points out that, on average, Vancouver gets hit with about 65 mm of rain in May. This week alone, Vancouver could see 50 mm, eek!

According to The Weather Network, widespread totals for the Lower Mainland could reach 40-80 throughout this weekend thanks to “a series of Pacific lows” targeting the BC coast. Local amounts will likely exceed that amount in higher terrain. The first system arrived on Monday.

The weather agency also states that early May looks like early March did this year.

Looking at the weekly forecast, rain is expected every day for the remainder of the week, extending into the weekend, with partly cloudy skies expected early next week on Monday and Tuesday.

In fact, the forecast suggests that we could get up to 60 mm over the next three days without taking Tuesday totals into account. 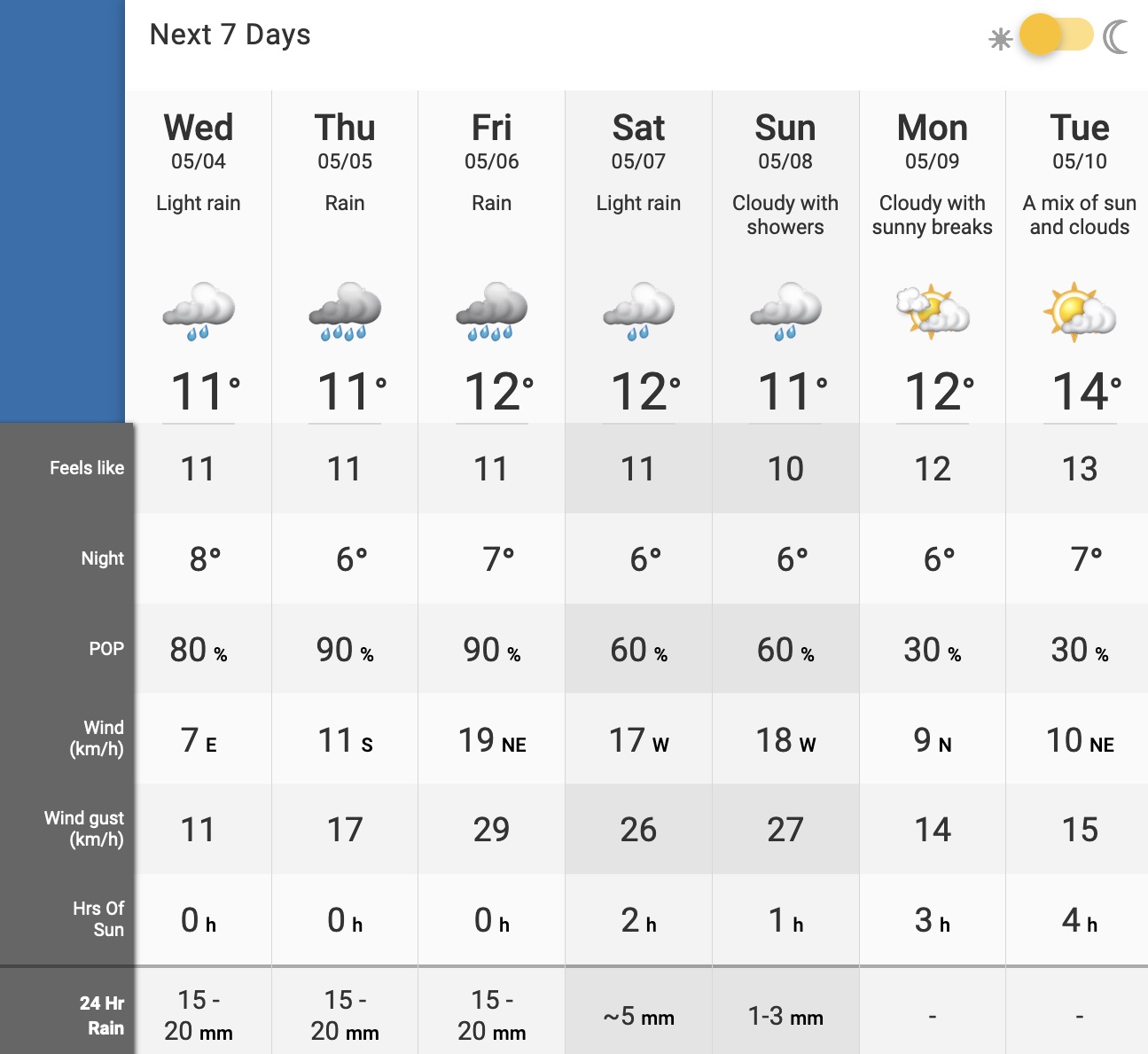 While it’s likely to change, the 14-day forecast suggests that brighter days are ahead after this week’s intense moisture, with partly cloudy skies and highs of up to 15˚C.

“Looking ahead, two more mid-week systems and one possibly late week or the weekend are currently forecast to deliver rainfall totals that will be close to monthly accumulations for May standards,” reads a statement from The Weather Network.

They say spring showers bring May flowers, but it sounds like the weather gods will be leaving the showers running for a little bit longer in Vancouver.