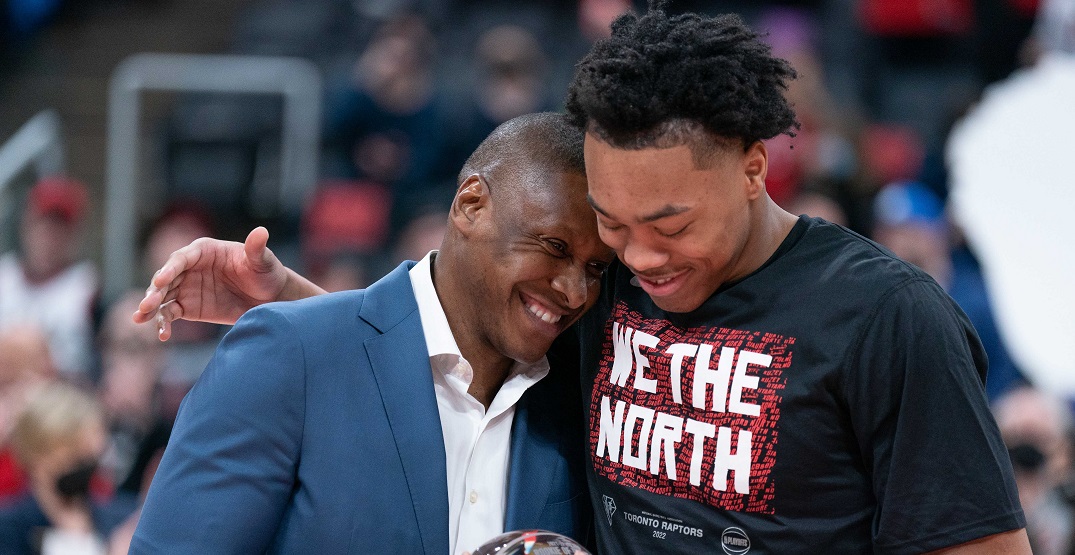 Today, Barnes was named among the players on the NBA’s annual All-Rookie Team, to the surprise of, well, nobody.

The honour comes less than a month after Barnes picked up the NBA’s rookie of the year award, edging out Evan Mobley and Cade Cunningham.

Taken fourth overall by the Raptors in last year’s draft, Barnes emerged as a two-way threat lauded by many for his positional versatility and ever-present positive attitude.

Whether it was LeBron James, Kevin Durant, or Kyle Lowry, NBA stars across the league were quick this season to show their praise for the 20-year-old.

“He’s just got a whole crash course on what it’s like [to play in the NBA],” Fred VanVleet said at the team’s end of season media availability. “I think he had probably as good of a year as you can have as a guy in position. He got a ton of minutes and got to experience every position both offensively and defensively.”

“We are incredibly proud of Scottie, and are thrilled and grateful that his hard work has been recognized with this honour,” Toronto Raptors Vice-Chairman and President Masai Ujiri said of Barnes when he won the NBA Rookie of the Year. “What you see on the court is exactly who Scottie is: enthusiastic. Joyful. Athletic. Skilled, and a winner. We – and our fans – loved seeing his development through this season, and we can’t wait to see what the future brings.”