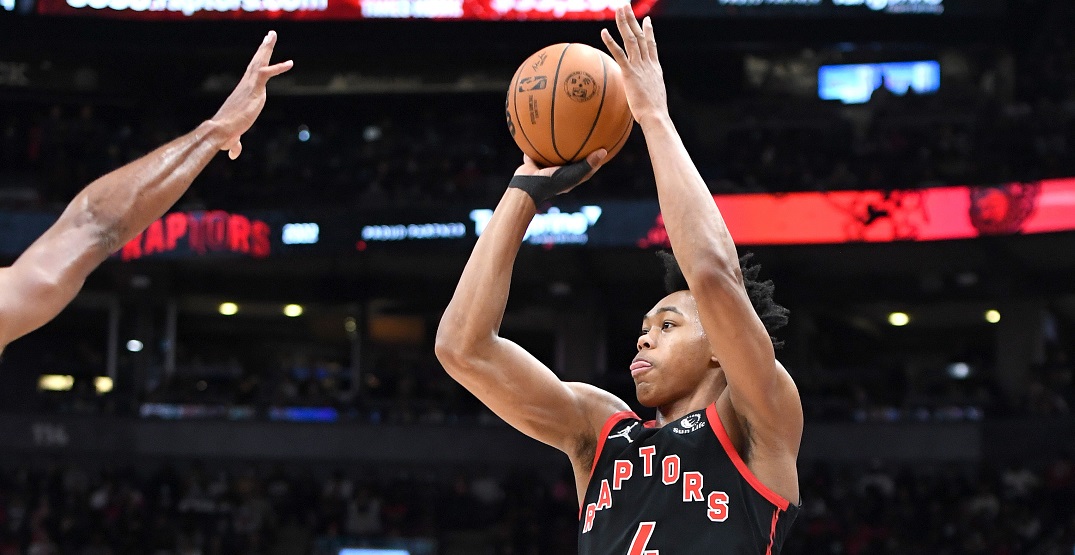 At least, if you asked Scottie Barnes in 2018, that’s what he might say.

In a tweet he posted back during his high school junior season, Barnes poked fun at the idea he couldn’t hit long-range shots, sharing a video from Ballislife.com of him hitting seven three-pointers in a game, tweeting out, “Scottie Barnes can’t shoot.”

It’s clear that the Toronto Raptors rookie has been dealing with criticism around his jump shot for several years now, with the lack of a true jumper being a mainstay of most pre-draft scouting reports.

Before the Raptors took him fourth overall in last year’s draft, Barnes attempted just 40 three-pointers in 24 games in his lone season at Florida State, making just 11 of them.

But Barnes has had no problem taking shots from a distance in the NBA.

He’s taken 193 three-pointers this season, making 58, ranks 13 among NBA rookies and 14 among all rookies. On the Raptors, he’s sixth in three-pointers attempted per game.

Raptors point guard Fred VanVleet offered a two-pronged approach to developing a jumper: shoot them in practice and then shoot them in a game.

“You’ve got to put the work in to develop the muscles and the muscle memory,” VanVleet said about developing a three-pointer at the NBA level. “[You have to] just get the strength of the shooting and those little muscles in your arm, and you train the hand-eye coordination. You’ve got to be fearless.”

VanVleet led the Raptors with 242 made three-pointers this season, a franchise record for a single season.

For the 2022 NBA All-Star, that courageousness can be seen forming in his rookie teammate.

“His best trait is that he doesn’t care. He just shoots ’em,” VanVleet added about Barnes. “That’s all you’ve got to do: put the work in, continue to grow, get better each day and shoot them in a game and see what happens. I think he’s going to be a pretty good shooter in his career.”

That fearlessness has been a critical tenet of Barnes’ defensive game, often being lauded for the positional versatility that allows him to guard any player on the opposing lineup.

Barnes himself agrees about the importance of confidence in developing his shooting stroke.

“Throughout the season, [I’ve] just keep staying in the gym, working on my jump shot. So I feel confident with my shot,” Barnes said. “The ones that I take, I feel confident in ’em every time. That’s really what it’s about, having that confidence in [my shot.].”

For his teammates, letting him throw it up whenever he’s unguarded is a no-brainer.

“[When Barnes has shots that are] open, let it fly, let it rip,” Raptors forward Pascal Siakam said. “If you’ve got the shots open, you take them. I think that’s something he’s been working on; I’m okay with him taking the shots.”

Roger Galo, who works as a shooting instructor for collegiate and NBA players, warns of the dangers of bad habits that can creep into many players’ games if they’re not corrected.

Galo operates his coaching strategies under the self-named GALO method — Generating Accuracy with Linear Optimization — separating the body into four parts: upper and lower body on each left and right side.

“Those four quadrants all come into play in shooting,” Galo said. “That’s as simplistic as I can make it.”

Galo sees room for improvement in the way the Raptors have Barnes undergoing his warm-up, typically taken alongside assistant coach Jim Sann. Just like strong muscle memory can teach a player how to shoot well, the opposite can be true of a player developing an ineffective stroke.

“He’s got quite a few issues going on,” Galo said in an analysis of Barnes’ form shooting warm-up. “Some of the stuff that they have him doing is literally counterproductive to where they want [him to go, and] what they’re trying to achieve with him. That has to be dealt with in the everyday practice warm-ups. I know it’s a shooting warm-up. But it carries over — or doesn’t — into a game. They’re predisposing him to be ineffective.” 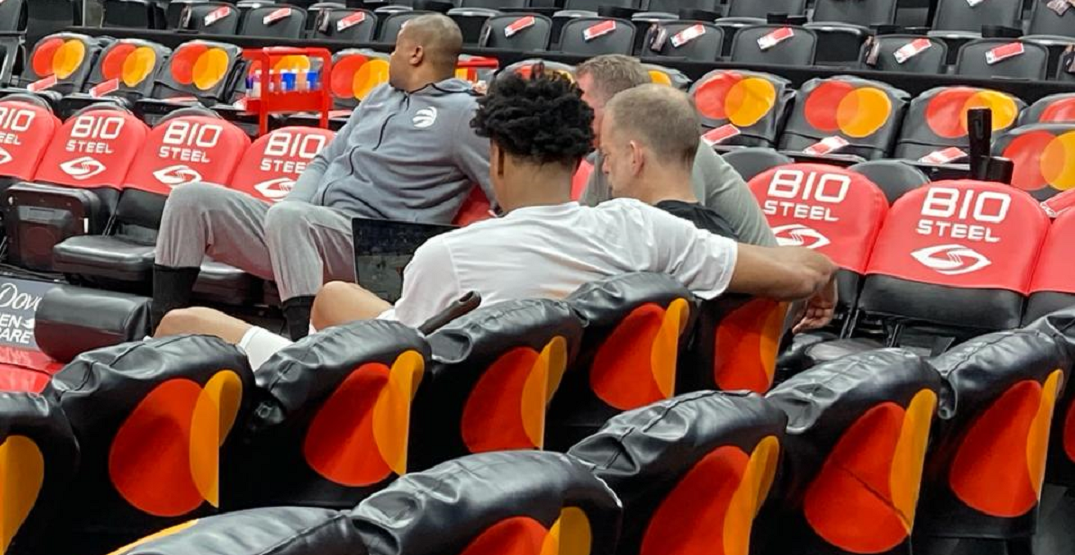 Like Siakam and VanVleet identified, taking — and hitting — open shots is a must in today’s NBA. Galo refers to the three-pointer as the second-least contested shot in the game, after foul shots.

“That’s his biggest challenge,” Galo said of Barnes developing his three-point shot. “The biggest hindrance in himself will be him, his inability to knock down shots from out there.”

However, Barnes’ bread and butter have been in the restricted area, where he’s putting up a team-high 71.0 field goal percentage, knocking down 215 of his 303 attempts.

As for specifics of what mechanics Barnes can fix, Galo identified a number of areas.

“His stance is wrong; just his timing is off,” Galo added. “There’s an indiscriminateness throughout his entire process. His wrist and hand motion are erratic, [and] his lower body and upper body are out of sync. His lower body isn’t timed with his upper body well. The way he’s catching the ball is pre-dispositioning him to missing.”

For Raptors head coach Nick Nurse, he sees hope in the development of Barnes’ jumper.

“I just think it’s a matter of time,” Nurse said. “For me, he’s not going to get any better at it unless he continues to take them here in games.”

In the first seven games of his NBA career, Barnes attempted just nine three-pointers. Last Sunday against Miami, Barnes attempted nine in just one game, with a season-high of 11 attempts coming against Portland on January 23rd.

“It’s kind of had its downs and then ups and downs a little bit like a lot of rookie players. There are hot streaks, and there are cold streaks and things like that,” Nurse said.

Nurse, like Galo, is a long-time shooting scholar, writing a book and recording a video series on the art of the shot. But unlike Galo (though maybe he’s just being nice to his player), Nurse said he’s satisfied with how Barnes’ shot looks.

“I’m happy with the mechanics and the work rate he’s putting in,” Nurse added. “The feel of how to take them into games is like the really big hurdle when you’re not used to doing it, and he’s getting there on that.”

For Barnes, he’s 73 games into his NBA career and met and surpassed all sorts of expectations in his first season. For him to clear the next hurdle — going from a solid contributor into an NBA star, he’ll need to find the right path to develop his jump shot into an accurate, offensive weapon.