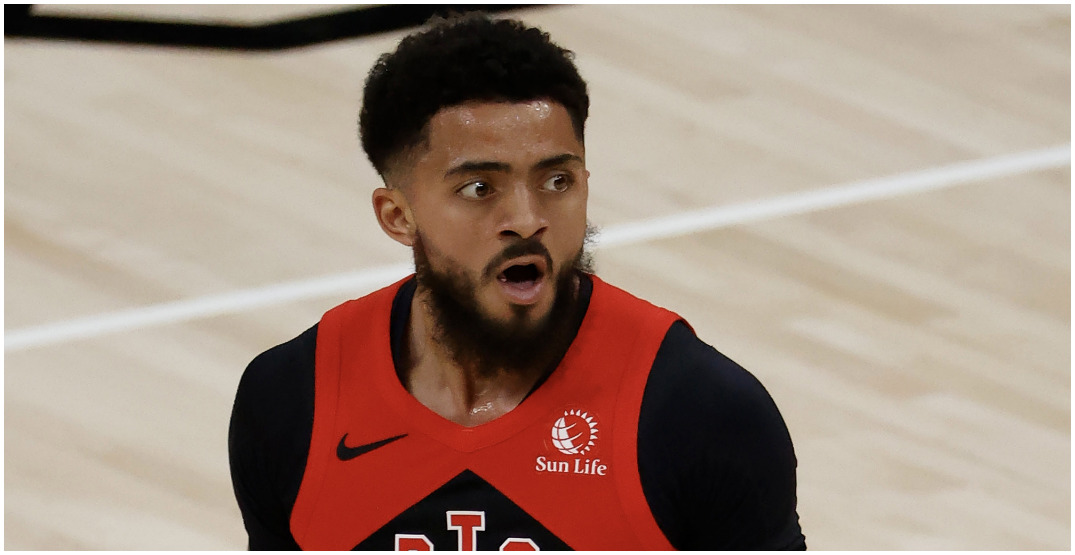 Jalen Harris is back in Toronto.

But is Harris back with the Toronto Raptors? It’s not quite as clear.

Banned last season for violating the NBA’s Anti-Drug program, Harris shared late last night on both Twitter and Instagram that he’s in Toronto.

Jalen Harris is back in Toronto 👀 via his IG stories pic.twitter.com/qUcutUa3wH

Harris played one season in the NBA with the Tampa-based Raptors in 2020-21, picking up 7.4 points per game, 1.3 assists per game, and 1.4 rebounds per game in 13 games. Last July, he picked up a one-year suspension for violating the NBA’s Anti-Drug policy after testing positive for a banned substance.

Sportsnet’s Blake Murphy explained how Jalen Harris could become a Raptor next season: essentially, he’d have to apply for reinstatement from the league, get approved, and then sign a new deal with Toronto as his old one was nullified due to the suspension.

A few have asked about Jalen Harris being back in Toronto right now, per IG.

Explained the situation in this thread last summer. League would have to reinstate Harris, then Raps would hold their prior rights on him.

Harris spent a chunk of the year w/ Vanoli Cremona this year. https://t.co/vAODnX5Uew

Another option for Harris would be an invite to the NBA’s Summer League, taking place from July 7 to 17 in Las Vegas.

The Raptors currently have 11 players under contract for next season, with Thad Young, Chris Boucher, and Yuta Watanabe as their most intriguing potential internal free agents.

This past season, Harris played for Vanoli Cremona of the Italian Lega Basket Serie A. While in Italy, he averaged 13.8 points, 3.0 rebounds, 2.0 assists, and 0.9 steals per game.