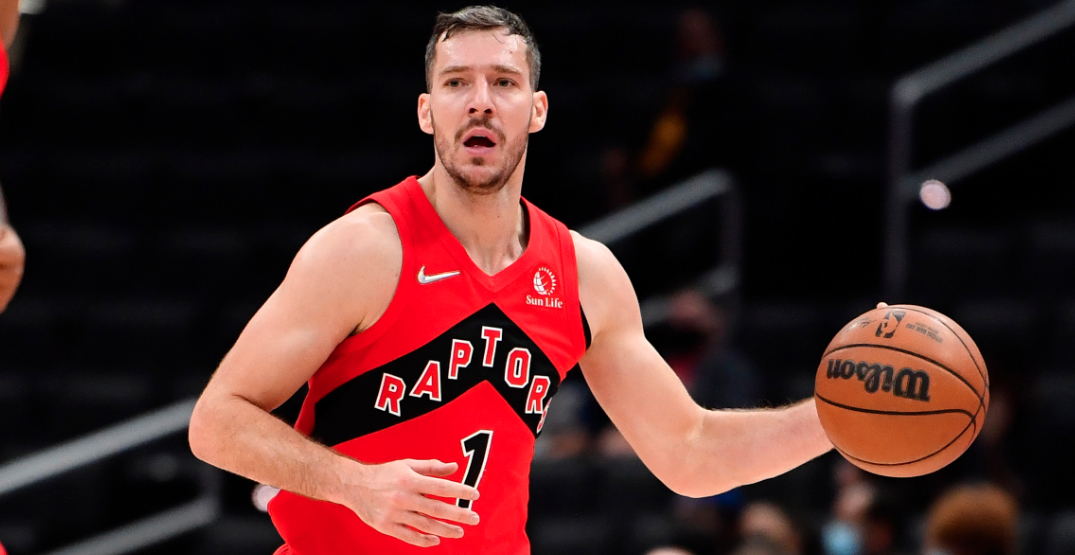 The Raptors guard, who is away from the team because of personal reasons, made an appearance at a Miami Heat game yesterday.

Goran Dragic is away from the Raptors and attending Heat games

Dragic had suited up in just five of 20 games this season for the Raptors since coming over as part of the Kyle Lowry sign-and-trade this summer. In his five games, Dragic averaged 8.0 points, 1.8 assists, 2.8 rebounds and 17.9 minutes per game.

The Raptors play at Miami on Saturday.

It’s the second time in about a month that Dragic has been linked to the Heat.

Dragic stirred some conversation at the tail end of 2021 when he posted a video on his Instagram account of him working out at the Heat’s practice facility. He has since removed the video, which had no date on it.

Raptors’ coach Nick Nurse told reporters earlier in December that a Dragic return to the team “is not in the team’s plans.”

Dragic, who carries a cap hit of $19.4 million that expires after this season, has been the subject of trade rumours all season. The NBA trade deadline is February 10, 2022.

If he is not moved, a buyout of his contract is also possible.