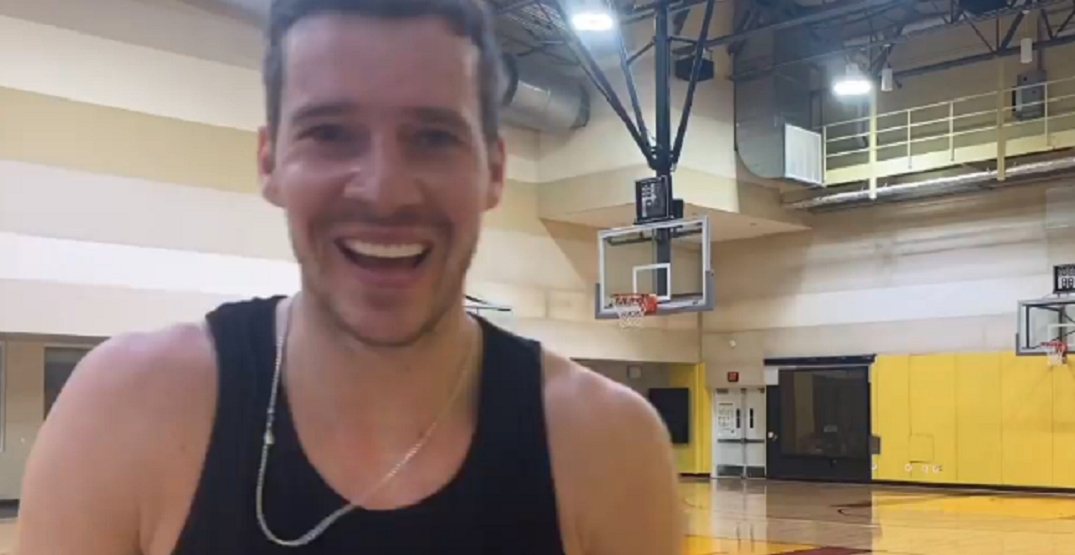 Toronto Raptors guard Goran Dragic is stirring up the conversation with a new video posted to his Instagram account.

Dragic, a 35-year-old former All-Star who is currently on a personal leave from the team, shared a video of him, well, playing basketball. The video is presumably in an effort to show that he’s willing to return to the NBA soon.

There’s no date on the video, but there is one catch: it’s in a Miami Heat practice facility.

Dragic played just five games for Toronto before finding himself in head coach Nick Nurse’s doghouse, after he came over to the Raptors this summer in the Kyle Lowry sign-and-trade deal following seven seasons in Miami.

So it could be an old video, or perhaps Dragic finagled a few reps in a familiar environment. Either way, it’s a bit odd to see a player under contract with one NBA team sharing clips working out at another’s court.

Dragic, who carries a cap hit of $19.4 million that expires after this season, has been the subject of trade rumours, though nothing has obviously come to fruition just yet.

The NBA trade deadline is set for February 10, 2022. If Dragic remains Toronto property following the deadline, a buyout of his contract is possible before he would sign with a new team.

It was never a perfect fit for either side in Toronto. With the Raptors aiming for a younger core, and a veteran Dragic openly expressing his interest to play for a contending roster.

Nurse told reporters earlier this week that a Dragic return to the Raptors “is not in the team’s plans.”

Heat stars Jimmy Butler and Bam Adebayo both liked the video, if that means anything. For now, it’s just time to sit back and see if anything else comes out of the chaos.