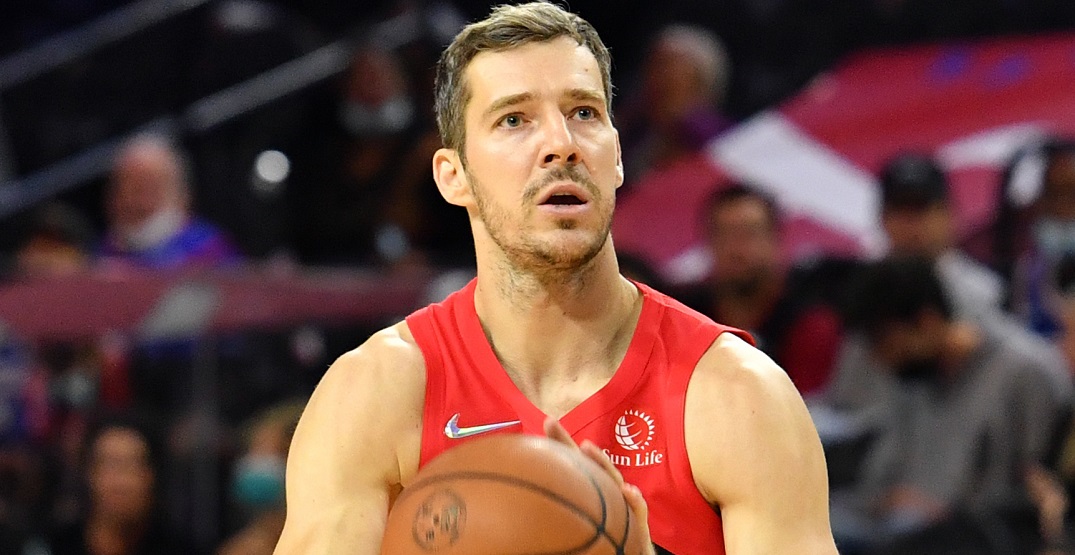 Toronto Raptors guard Goran Dragic is taking a personal leave from the team.

“Goran is taking some time away from the team, with our full support, to manage a personal matter. He has been a complete professional in the time that he has been with the Raptors – Goran has been a great mentor to our younger players and a valued teammate for our veterans,” Raptors general manager Bobby Webster said in a release.

It is unclear exactly what the personal matter is.

Dragic had suited up in just five of 20 games this season for the Raptors since coming over as part of the Kyle Lowry sign-and-trade this summer.

Sportsnet’s Michael Grange reports that Dragic will “likely remain” in his home country of Slovenia.

Further to this comment from the Raptors GM Bobby Webster on Goran Dragic, my understanding is this is a long-term play. Nothing is locked, but Dragic will likely remain in Slovenia attending to family matters and training until trade deadline and/our buyout market heats up: pic.twitter.com/bCaxxh0v6X

Dragic currently carries a cap hit of $18,000,000 that expires after this season, and his big price tag has hindered his ability for the Raptors to shop him around the league as part of possible trades. For now, it appears everyone is playing the waiting game, with a buyout of Dragic’s contract still on the table.

“He will continue to work out and stay in shape during his time away,” Webster added. “There is no definite timeline for this process, and we will advise updates as appropriate. Goran has the backing of Masai, Nick and the entire organization, and we wish him nothing but the best.”

Dragic, 35, is a former All-Star and veteran of 13 NBA seasons. But on a young Raptors team, playing time opportunities were tough to come by under Raptors head coach Nick Nurse.

“He’s a really good dude, extremely professional,” Nurse added in his pregame press conference. “He’s very, very wise. With all his experiences internationally and all these years in the NBA, he was an enjoyable, enjoyable guy to be around and coach.”