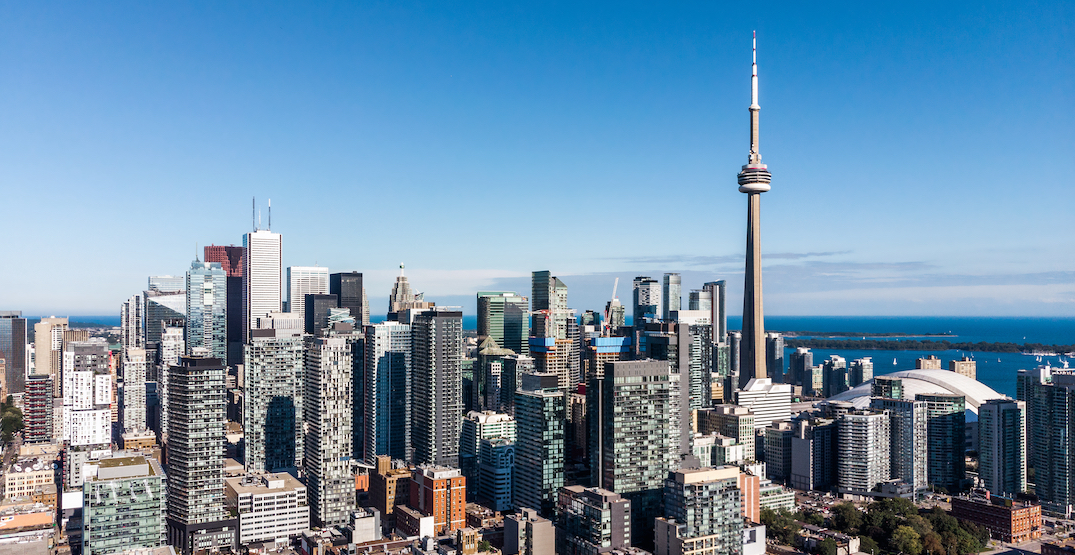 Please Note: As of March 8, Toronto is under the province’s Grey Zone. This means you must stay at home as much as possible and only go out for necessities, including getting food, going to work, and getting exercise. If you go out, maintain the six-foot physical distancing guidelines and wear a mask.

The sun is out, and it’s shining bright. If you’re looking to catch some rays, here are a few things that you can do in Toronto that are safe and fun.

It’s important to remember that although Ontario’s Stay at Home orders have lifted in Toronto, only essential trips such as getting food, heading to work, and getting exercise are permitted.

Here’s a list of ideas that might help ease your mind as you head into the second week of March:

Bottle shops where you can order cocktails from

You have your meal set for the night but need that perfect drink to sip on. If you’re having trouble, look no further: Toronto restaurants and bars are bottling cocktails for pick-up or delivery. Bottled cocktails make it so much easier to enjoy your favourite drinks without having to worry about the mixing part or deal with the clean-up later.

When: Whenever you’re in the mood
Where: Across Toronto

Tim Horton’s Roll Up To Win

Tim Horton’s has launched its new and improved Roll Up To Win event, and it’s all online, making everyone a winner. “Please Play Again” is long gone, and guests will earn one roll for each eligible item, including cold beverages, breakfast sandwiches, and breakfast wraps, in addition to hot beverages.

When: March 8 to April 4.
Where: All Tim Horton’s locations

During cold winter months and the chillier beginning of spring, a hot cup of joe goes a long way. Toronto has some of the best coffee shops around. Thankfully, there are so many small businesses and locally-owned shops scattered across the city. Try a few, and you might come across your go-to spot.

What started as a fun baking idea turned into possibly one of the most eye-grabbing, mouthwatering local cookie businesses in Toronto. Selling out in mere minutes, Andrea’s Cookies has gained popularity for its soft-baked cookies made with a deliciously creative twist. A box of a dozen starts at $30, for two dozen at $54, and three dozen at $76.50. Pre-orders are set two weeks at a time, and are restocked typically on Fridays, according to Andrea.

When: Restocks on Friday’s
Where: Pick up at Long Branch or delivery in Toronto and the GTA.

Toronto’s Immersive Van Gogh exhibit is set to reopen to the public before the end of February. A media spokesperson confirmed to Daily Hive that the drive-through portion of the show, called Gogh by Car, resumed on February 22.

When: February 22 to March 28
Where: 1 Yonge Street, Toronto

West Coast meets Ontario in a delicious new announcement! The fast-food franchise Triple O’s has opened its first location in the GTA. Triple O’s praises themselves on their 100% fresh Canadian beef burgers, served with its iconic pickle on top. Their other classics include their hand-scooped milkshakes, fresh-cut fries, and Secret Triple “O” Sauce.

When: Whenever you want
Where: 1520 Courtneypark Drive East, Mississauga

Can you smell Spring in the air? Starbucks Canada has launched new menu items to celebrate the arrival of the rainy season. Coming on March 2, the coffee brand is introducing two new oat-based drinks, the Iced Brown Sugar Oatmilk Shaken Espresso and the Canadian-exclusive Brown Sugar Oat Americano, in an effort to provide more plant-based beverages. They are also bringing back, as part of its core menu, the Iced Shaken Espresso.

When: As of March 2
Where: Starbucks locations across Canada

Try out some of Toronto’s Portuguese restaurants

Finding THE most flavourful rotisserie chicken can be quite a task, but that’s something Portuguese restaurants have down to perfection here in Toronto. Available for pick-up or takeout, there are many restaurants in the city that serve up Portuguese chicken, whether it’s for a feast or just as a dinner for one.

When: For when you’re looking for a delicious, wholesome meal.
Where: Across Toronto

Hundreds of Toronto restaurants have recently shuttered due to issues out of their control. But for others, their legacy continues to reign on, some for almost a century. With the pandemic, financial instability, and changes in business models, restaurants in the city have had to quickly come up with ways to make ends meet and also stay afloat. Despite the decades some of these locations hold on others, they have managed to find success all these years.

When: When you’re in the mood to order
Where: Across Toronto

Get Dave’s Hot Chicken delivered to your house

Things just got real! You can now order Dave’s Hot Chicken for delivery right to your door. Toronto’s newest spot for delicious, hot chicken opened its doors back in January and has continued to stay popular among the masses. The American fast-food chain now has delivery options available via Uber Eats and Door Dash, making it so much easier to get your hands on their goods.

When: When you’re craving that chicken
Where: 1582 Queen Street West

Subscriptions aren’t only for streaming services. You can get one for ramen too! This Ontario-based restaurant offers DIY ramen kits for delivery. Crafty Ramen is a locally owned and operated restaurant group in Guelph and Kitchener that has now dipped their hands into a different business model, offering ramen kits sent directly to your door for individual meals or as part of their subscription plans.

Where: Delivery is available for more than 40 cities in Ontario

What Toronto doesn’t lack is the number of restaurants serving delicious dishes from all over the world. When it comes to Shawarma, the city has some of the best. There are so many ways to enjoy the Middle Eastern dish, whether it be in a wrap, as a platter, or loaded on fries. Chicken or beef, the meat is roasted on a spit and served fresh!

When: Whenever you’re hungry
Where: Across Toronto