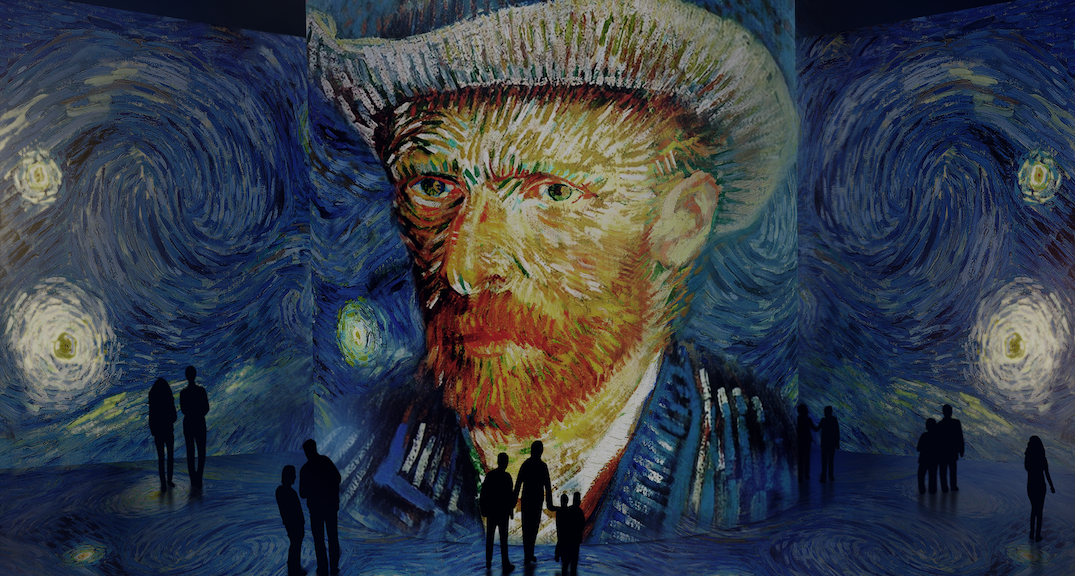 Courtesy of the Immersive Van Gogh

Please Note: As of January 14, a Stay at Home order is in effect for all of Ontario. This means you must stay at home and only go out for necessities, including getting food, going to work, and getting exercise. Learn more about Ontario’s Stay at Home order here. If you go out, maintain the six-feet physical distancing guidelines and wear a mask.

Toronto’s Immersive Van Gogh exhibit is set to reopen to the public before the end of the month.

A media spokesperson confirmed to Daily Hive that the drive-through portion of the show, called Gogh by Car, will resume on February 22.

Suzanne Cheriton said producers with Lighthouse Immersive are eyeing March 5 as a reopening date for the walk-through exhibit, as well as a new immersive magic experience called Illusionarium.

“It is all dependent on health and safety regulations,” Cheriton said. “We will not open until allowed by government and health officials.”

The world premiere of the Immersive Van Gogh exhibit was supposed to be May 1, 2020, at 1 Yonge Street.

When the COVID-19 pandemic took hold, producers pivoted their plans to create Gogh by Car, which opened in June of last year. The walk-through opened its doors in July.

The show “brings the art of Vincent to life,” by immersing visitors in 600,000 cubic feet of projections that animate the artist’s work.

“Wander through giant projections that highlight brush strokes, detail, and colour as you have never experienced them,” the website reads.

The drive-through portion of Immersive Van Gogh will run until March 28, and the walk-through has been extended until April 5.

Anyone who previously purchased one of the time-sensitive tickets will be able to transfer it to a later date.

Several health and safety measures have been implemented throughout the exhibit, including mandatory masks, social distancing circles, and increased sanitization.

“Immersive Van Gogh is astonishing in scale, breathtakingly stunning, and induces a completely novel experience to the iconic works of van Gogh,” said co-producer Corey Ross ahead of the show’s opening last year.

Tickets: Available online – $99 per car for two people, $39.99 for each additional person for a maximum of six people per vehicle